Opinion: Germany should not look to US for campaign tips

German elections are outdated and boring. And, as an American expat living in Berlin, Amien Essif couldn't be more grateful. 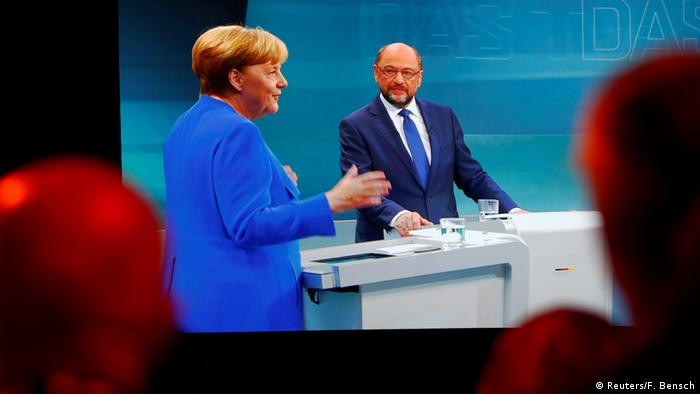 I left the US in 2015, a full year-and-a-half before my country's last presidential election, and already Donald Trump's face was appearing daily on television like a brewing tropical storm. Already, Barack Obama seemed like old news, unworthy of air time and unlikely to make any more real political difference.

As a first-time observer of Germany's elections, I'm astounded by the contrast. 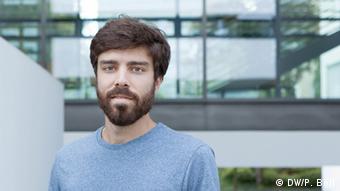 Two weeks before the actual election, the campaigns have finally gone into full swing. The Social Democrats' Martin Schulz (Chancellor Angela Merkel's main opponent) announced his candidacy as late as January, and even by the end of August he was still dismissing polls as too early to count for much.

German and other European media has called this attitude "sleepy." I call it respectable.

It's not just the brevity of German campaigns that comes as a relief to me. Even the old-school posters hanging on every lamppost in Berlin are delightful in comparison to the relentless TV ads and spam emails a typical American is forced to deal with. Tech-savvy Germans, however, seem embarrassed by their outmoded posters and make awkward jokes about them around me, an envoy of the land of digital campaigning.

Be careful what you wish for, Germany

The American alternative may be modern, but it's also monstrous. In 2008, Barack Obama pioneered a technique known as "microtargeting," and since then it has become the standard. US candidates compile data files on registered voters and load them with endless personal information, everything from age to television viewing habits. Candidates can then organize potential voters into groups like "young mothers" or "Hispanic conservatives" and email or phone them with targeted, sometimes contradictory, messages.

Trump used a technique his campaigners literally called "voter suppression operations," targeting black voters with ads attacking his opponent Hillary Clinton. Trump's campaign didn't count on these groups voting for him. The point was to keep them from voting at all.

Clinton, for her part, used an algorithm she called "Ada" that would daily process 400,000 theoretical models of the election outcome and advise the campaign on where Clinton should give speeches or run TV ads to increase her chances of winning.

'Microtargeting' is not possible in Germany...yet

German privacy laws force campaigns to anonymize all the data they collect and pin it only to geographical location, never names or telephone numbers.

An adviser to Merkel's Christian Democrat campaign told me that, of course, it would make his life easier if he had personal files on every possible voter, but that German law — and his German sense of decency — wouldn't allow it.

And there's another reason why campaigns here aren't as thrilling as their US counterparts. In Germany, the candidates from the top four political parties combined spent under €60 million ($71 million) for the last election in 2013. For the last US election, Clinton alone raised $1.2 billion.

I am no fan of boring politics, certainly not at the expense of lively debate. As critics have pointed out, the leading candidates have both put forward similar agendas and tend to agree more than they disagree.

But US President Trump is the logical outcome of a campaign culture obsessed with entertainment rather than information and with data rather than debate. If Germans hope to make their elections great again by modernizing them, they should find a better role model than the US.