A 26-year-old YouTuber is making headlines with his tirade against the Christian Democrats. Many disagree with the man's tone, but his video makes an important contribution to democracy, DW's Fabian von der Mark writes. 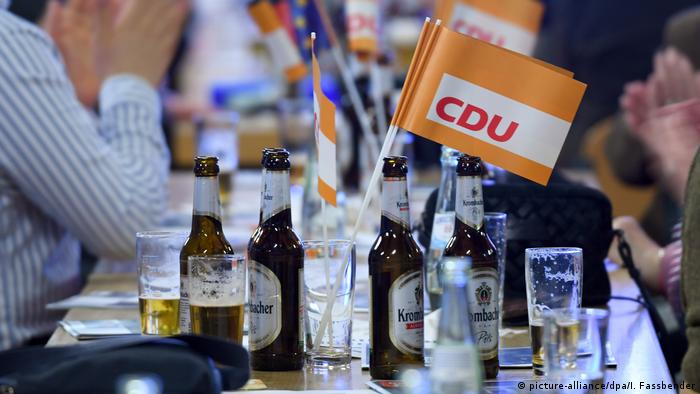 On Saturday, the German YouTube star Rezo uploaded a 55-minute video tirade against Germany's Christian Democrats (CDU) and their Bavarian allies, the Christian Social Union. Rezo does not mince words in The Destruction of the CDU: He rails against the parties' policies and accuses them of duplicity, incompetence and inhumanity. He concludes his rant by asserting that his view is "only legitimate" one.

Unsurprisingly, many Germans are up in arms — attacking Rezo for sharing what they consider a polemical tirade and taking issue with the fact that hundreds of thousands of German youths are viewing and sharing the video. Critics have a point when they say Rezo's rant is not particularity balanced and rather emotional.

Rezo's usual YouTube content is clips that feature music or jokes. He is certainly no political pundit. And his rant against Germany's dominant center-right parties was never intended to be a nuanced academic lecture or an exercise in objective journalism. Instead, he used his large following and youthful energy to express his opinion ahead of the upcoming elections for the European Parliament.

Rezo, in short, wants to be part of the political conversation. And he did his homework, too. Researching German policymaking with regard to social issues, climate change and foreign affairs. On this basis, he highlighted the problem of social inequality and the government's inaction concerning global warming, as well as the brutal consequences of related collateral damage. And Rezo also lauded "humanist ideals."

Read more: Germans split over deepening ties with the EU

Germany's social schisms have deepened. There is a digital divide, a pronounced generational divide, a media divide between social, app-based and online outlets and the more-established press. It's no wonder that many YouTubers are angry at the CDU, which has failed to take concerns about a new EU copyright law seriously.

The CDU has announced that it will reach out to Rezo. He, like many other German youth, is interested in what goes on in the world around him; he is also very opinionated and passionate. And that's what German democracy is about.

Sure, the youths may at times come across as a little brash. But wouldn't it be worse if they were just to parrot everything that their parents believe?

DW's newsletter delivers the day's news and features journalism by email. You can sign up to receive it here.

Shireen Abu Akleh: Palestinians give bullet that killed journalist to US experts 5h ago