Opinion: German-French EU tandem is wobbling | Europe| News and current affairs from around the continent | DW | 28.08.2014

France and Germany's already strained relationship is being tested by the question of who will become the EU's new economic commissioner. Things could come to a head at Saturday's EU summit, writes Bernd Riegert. 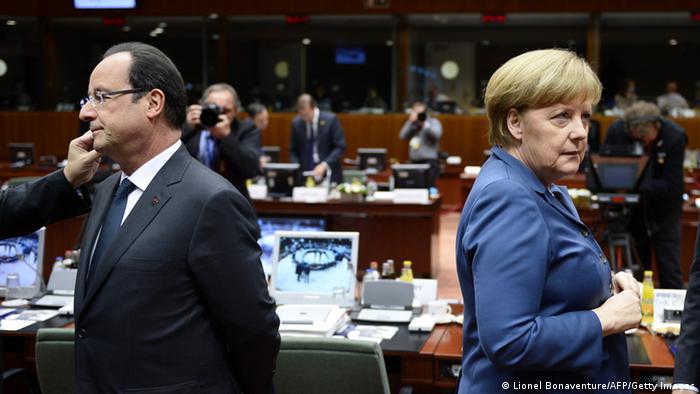 When it comes to economic and budgetary policy in the European Union, France and Germany don't currently see eye-to-eye. This is neither new, nor a great drama. France advocates taking on more debt to spur stimulus spending. Germany favors a focus on balanced budgets and structural reform. Ever since Socialist French President Francois Hollande took office, he and conservative German Chancellor Angela Merkel have wrestled over which course to tread.

The process is arduous, and rarely pleasing. It can also prompt criticism in political circles, but such chatter accompanies any daily dealings in Brussels. This does not justify artificially constructing a theory about a fundamental end to the Franco-German friendship. The German and French EU tandem has often suffered punctures or the odd wobble - but still it rolls on, driving the EU.

Hollande and Merkel may not be bosom buddies, but so far they have made reciprocal compromises. Hollande has pledged economic reforms and a reduction in France's deficit. Merkel speaks more nowadays about promoting economic growth and has allocated France more time to cut its deficit. So far, Merkel has either laughed off or simply swallowed criticisms - from French Socialists, but also from politicians in Italy and the EU's other cash-strapped southern members - of her government's supposedly dreadful austerity policies.

However, the resignation of France's government exacerbates the policy conflict. Evidently the French president is not in a position to keep his party's left wing under wraps, to swiftly implement economic reforms and to balance the country's budget, all while simultaneously seeking to keep the ascendant, far-right "Front National" party in check. The 60-year-old first-term president has his back to the wall.

Scope for a spat?

What has been a disagreement on policy can now take on a personal angle: France would like its former finance minister, Pierre Moscovici, to take over as the EU's commissioner for economic and monetary affairs. He would be responsible for the stability of the single European euro currency, and for monitoring member states' budgetary discipline.

Weeks ago, German Finance Minister Wolfgang Schäuble voiced his objections. Although he had no personal issues with Moscovici, Schäuble said, it would make no sense to put the representative of one of the EU's "crisis" economies in charge of overseeing all of the bloc's budgets. Should Hollande stick to his desired appointment Moscovici, a spat with Germany and other northern neighbors could ensue. If Hollande shows willingness to horse trade, then he'd look like a wimp back home: hardly an enviable predicament. 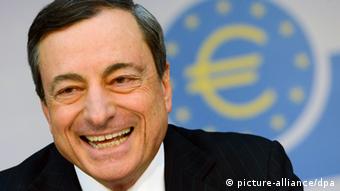 At the upcoming talks in Brussels, the German government would be well advised to do all it can to avoid weakening Hollande any further. A stumbling French president incapable of taking action cannot be in Germany's or indeed Europe's best interests. What's more, such a step really could cause some irreparable damage to the Franco-German tandem that powers the EU - a missing wheel, as opposed to the odd puncture.

So, is there a way out of the bind? Chancellor Merkel is already trying to build one bridge that might prevent any real damage - beyond the daily cascade of typical political criticism. Merkel would like the Spanish Finance Minister Luis de Guindos to head the Eurogroup body of finance ministers from countries using the euro currency. In this way, a southern crisis member state would hold one important financial position in Brussels. France could then accept the consolation prize of another economic portfolio - perhaps growth, trade, or as commissioner for the EU's internal market - while a less conspicuous northern European took up the monetary affairs position.

France's newly-minted government is already trying to make the right noises: Paris' new finance and industry ministers have already put the country's 35-hour working week in question. None of their predecessors had dared touch this reform topic. In the end, France and Germany will have to find consensus on some kind of compromise personnel package. That's the only way to keep the tandem in one piece, a bike that neither Merkel nor Hollande would ever want to dismantle.

The EU's problems with economic growth, deficits, and low inflation rates cannot be solved in the short term by Germany or by France, by Moscovici or by de Guindos. Here, much rests on the shoulders of an Italian: Mario Draghi, the president of the European Central Bank (ECB). Draghi could act in the short term by buying up government bonds of struggling countries, and by trying to spur on inflation via monetary policy. That's what the markets are watching for. For investors, Franco-German bickering over commission personnel is just a side-show.