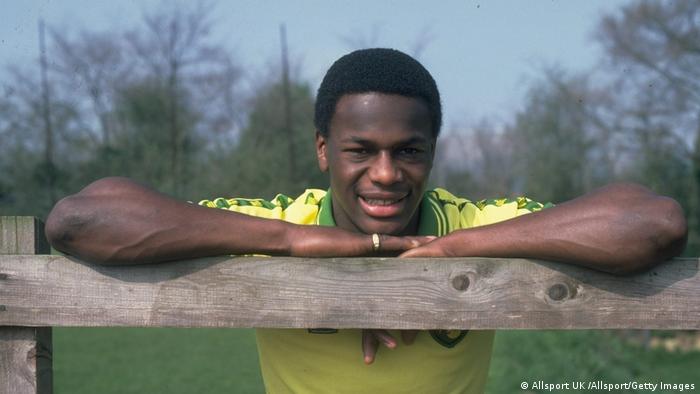 During my teens, I was raised on the motto "what happens in the bedroom, should remain in the bedroom." While this may arguably not be the healthiest approach to something as basic as dating and human sexuality, it still qualified broadly as a moral compass that allowed me to pursue whomever I felt romantically attracted to.

Around that same time — when I was just shy of turning 18 years old — I learned of Justin Fashanu's death. Football had never been a big interest of mine, but this piece of news punched me deep in the gut. For me, Fashanu had served as a role model on many levels — a Black person of color (with a mixed Nigerian and Guyanese background) who would dare to stick the middle finger to the patriarchy simply by living his life as his most authentic self: as a gay man.

A spiral descent in chaos

But that patriarchy wouldn't allow him to just be himself. For years, the media hounded Fashanu, scandalizing the fact that he was attracted to his own gender. Following his highly publicized coming out, no football club would sign him on a full-time contract. 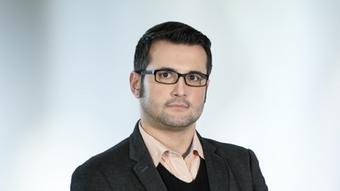 One could argue that Fashanu sought solace in trying to become more of a public personality, a celebrity, and that this strategy backfired.

But he was used to a fairly lavish lifestyle: in 1981, he became the first Black footballer to command a £1 million transfer fee, with his transfer from Norwich City FC to Nottingham Forest.

After his football career tanked, he tried to become a radio broadcaster to keep afloat — with limited success.

Fashanu hanged himself on May 3, 1998, following a scandal alleging that he had been involved in a sex act with an underage minor in Maryland. At the time the US state still had strict laws on consent and, above all, against homosexuality.

In his suicide note, he denied all the charges against him.

Keep it in the closet

If Fashanu were alive today, and if his choice of romantic partner had never been made an issue, he would probably long have joined the ranks of the likes of 58-year-old Portuguese football manager Jose Mourinho (currently the head coach of Tottenham Hotspur) or 61-year-old Joachim Löw, manager of the German national team.

Instead, he has been dead for nearly 23 years now. And in those two decades, some things may have improved for LGBT+ athletes, with Olympians like British diver Tom Daley or US soccer player Megan Rapinoe breaking through sporting records and social prejudices at the same time. Yet there is not a single out, gay male footballer in any of the UK's top four divisions, nor is there one in Germany.

Former VfB Stuttgart midfielder Thomas Hitzlsperger only came out as homosexual after his retirement in 2013, enjoying the kind of retirement that Fashanu never had. 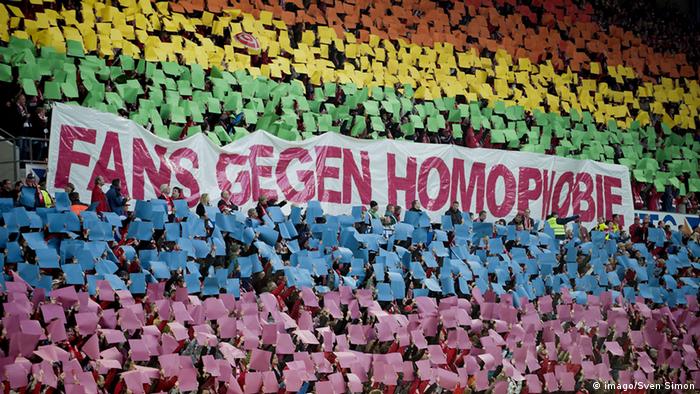 The German football magazine 11 Freunde meanwhile got more than 800 professional players to speak out against homophobia for their upcoming March issue, though retired German footballer Philipp Lahm has maintained that coming out as LGBT+ during an active career would likely be harmful to future projects.

"At present, the chances of successfully attempting such a feat in the Bundesliga … seem slim to me," the former Bayern Munich fullback said in a recent interview while launching his book last week.

For people like Lahm to believe that such statements are beyond reproach in 2021 is proof that the same kind of toxic masculinity that led to Fashanu's death is still inherent in the game today. It forces professional players to still dodge offside traps, while staying on their feet at the same time.

Time for a clean sheet

As the sporting world approaches its next set of global events such as the postponed 2021 Olympics and the 2022 World Cup in Qatar, we should demand more LGBT+ visibility while shaming those who shame the likes of Fashanu or Hitzlsperger. This isn't about running across the football field in drag while holding a rainbow flag with one hand and your same-sex partner's hand with the other.

This is all about allowing people to lead a life of dignity — a life that isn't judged by whatever you might get up to for the occasional quarter of an hour here and there in your boudoir, but one that is measured by the records you break during a 90-minute match in a stadium. After all, the least we should be allowed to expect from all tiers and levels of society is that what happens in the bedroom, should indeed remain in the bedroom.

Why Football is hiding an uncomfortable truth

Why football is hiding an uncomfortable truth

It is the second Ligue 1 fixture in 48 hours to be stopped due to anti-gay sentiments. The league has been trying to stamp out the problem, which is becoming increasingly prevalent.

COVID: Over 25% of EU adults unlikely to take vaccine 2h ago

Taiwan: Power cut leaves millions in the dark 2h ago

Ex-Maldives president flies to Germany after bomb attack 5h ago

Opinion: The Golden Globes need to change 22h ago