Politicians, pop stars and artists coming out of the closet hardly raise eyebrows in Germany. But it's an entirely different ballgame on the soccer field, where being openly gay remains strictly taboo. 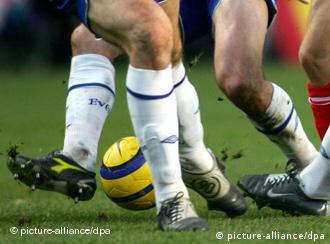 How about tough, talented and gay?

German professional soccer hasn't seen a gay player to date. At least not officially. That isn't because there aren't any, but because they've decided keeping their sexuality hidden is preferable to the career-ending scorn, ridicule and even physical danger they would face if they came out of the closet.

That was the bottom line of a cover story by the popular German soccer magazine RUND last month which interviewed players who kept their homosexuality tightly under wraps.

"Soccer is still unbelievably backward when it comes to homosexuality. Gays on the pitch remain a huge taboo," said Rainer Schäfer, chief editor at RUND, who spent two years researching the topic and winning the trust of two gay players in the two highest German soccer leagues. They eventually agreed to tell their stories provided they remained anonymous.

Both spoke of going to great lengths to hide their sexuality from their clubs, managers and teammates and living in constant fear of being discovered.

One player, who is married, said even his wife had no idea he was gay and that he was involved in a long-term relationship with a childhood friend. "But what am I to do? Coming out would mean death," he was quoted as saying in the article.

The other gay player profiled said that a female friend in the know often accompanied him to club celebrations and parties to give the impression that he was straight. 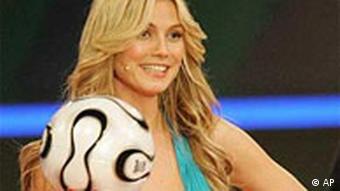 Clubs also sometimes step in if gay rumors persistently circulate around a player. They usually enlist PR agencies to create a "normal" heterosexual image for the player, which includes parading hired models and kids around the players during publicity events.

"Constructing a fake identity and an elaborate web of lies takes a heavy toll on the players and doesn't make it easier for them to focus on their game," said Schäfer, who added he was taken aback by how widespread homophobia continued to be in the soccer world.

Germany, in fact, is considered fairly liberal regarding gay rights. Same-sex unions are legal here and it's not unusual to see high-profile personalities open about their sexuality. Berlin's mayor, for example, is gay and appears at functions with his partner.

Though there are no figures on the number of gay players in Germany, Tatjana Eggeling from the Institute of Cultural Anthropology and European Ethnology at the University of Göttingen said she estimated there were about 30 in the top two leagues.

That guess is based on statistics that say around 5 to 10 percent of the adult population in Germany is gay or lesbian. 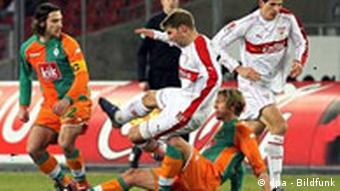 Rough and tumble soccer only for tough virile men, goes a cliche

Eggeling added that a combination of macho attitudes and prejudices is to blame for the enduring gay taboo in soccer.

"Sport is one of the most conservative fields in society. It's still dominated by men and 19th century values such as honor and bravery as male virtues," said Eggeling. "Soccer doesn't allow you to be different."

She pointed out that being homosexual was often equated in sport with being effeminate and weak -- a view that is perpetuated in soccer clubs with players calling their colleagues "pansy" or "fag" the moment they show any weakness.

Apart from the straights-only attitude within clubs, some say homophobia in stadiums -- in the form of chanting and jeering -- remains a problem that hasn't been taken seriously in Germany by either the clubs or the German Soccer Association (DFB). 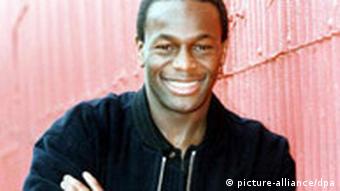 Many point to Britain as an example of a country that has taken steps to address the problem. In 2001, the Football Association -- four years after the suicide of Britain's only openly gay player, Justin Fashanu -- changed its charter, which imposed penalties for sexually discriminatory behavior. Recently two Norwich City fans were sentenced to time in jail for violating those rules.

But a spokesman for the DFB who declined to be named said the German association's charter did not penalize sexually discriminatory behavior and said he did not see why it needed to.

Some say it's this refusal by the authorities to even acknowledge there is a problem that makes it difficult for gay players to come out of the closet. Things are made worse by straight players often refusing to acknowledge publicly that they have gay teammates.

"It would be a big help if heterosexual players would stand up and say 'I have a gay colleague on the team and he plays great soccer, that's it,'" said Eggeling.

"As things stand now, I wouldn't advise a single German soccer player to come out because it would be just too much of a risk for him, both for his career and personal life," she said. 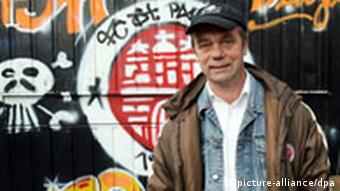 Corny Littmann, president of Hamburg's St. Pauli club and the only openly gay figure on Germany's soccer circuit, told German news agency dpa last year he did not expect any player to come out anytime soon.

"If one did come out, there would be a media frenzy. I don't know how a 20- or 25-year-old would handle it," Littmann said, adding the player would be the target of abuse both on and off the pitch. "Being gay just frightens people."

"Soccer is everything, even gay"

So far even the handful of gay and lesbian fan clubs attached to the Bundesliga has been unable to put an end to homophobic behavior in stadiums.

Gerd Eiserbeck, a member of Hertha Junxx -- the first gay and lesbian Bundesliga fan club in Germany -- said that though their debut in 2001 had initially led to some "verbal confrontation" between ostensibly straight Hertha BSC fans and gay fans, they were now largely accepted. Even their rainbow-colored banner reading "Soccer is everything, even gay," is tolerated in Berlin's Olympia stadium, said Eiserbeck.

"But we still don't travel to away games," he said. "That's too risky because we don't know how the opposing fans will react."

Despite the odds, some believe that pushing the topic into the public consciousness and keeping it there will eventually create enough pressure on the DFB to deal with it.

"Remember that's exactly what happened with racism. The DFB eventually gave in to the campaigns and imposed harsh penalties for racist behavior," said Schäfer.

"The same could happen with homophobia, hopefully."

The Continuing Struggle Against Soccer Violence

DW-WORLD.DE presents a collection of articles looking at hooliganism, its causes and the measures taken by authorities to eradicate violence from the game of soccer. (11.12.2006)

Five years ago, the bride-and-groom grouping lost its monopoly on the church aisle or the top of the wedding cake. Groom and groom or bride and bride became possible due to a new law on same-sex registered partnerships. (01.08.2006)