It is the second Ligue 1 fixture in 48 hours to be stopped due to anti-gay sentiments. The league has been trying to stamp out the problem, which is becoming increasingly prevalent. 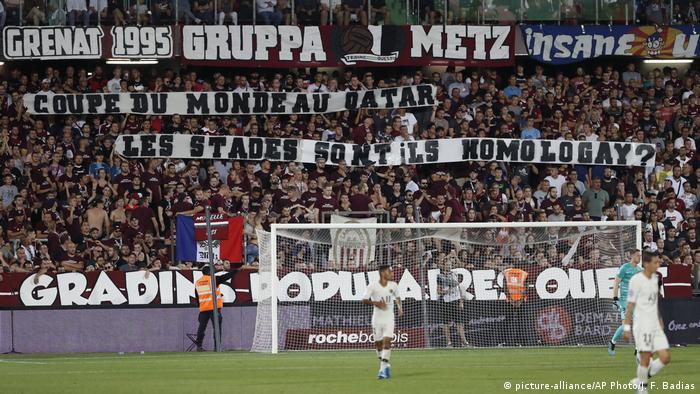 A French league match between Metz and Paris Saint-Germain was temporarily halted on Friday night due to homophobic banners unfurled by the home fans.

Referee Frank Schneider interrupted the game in Metz's stadium, the Stade Saint-Symphorien, during the 2-0 defeat for the home side, while the banners were removed and the players left the pitch. Play was resumed a few minutes later. 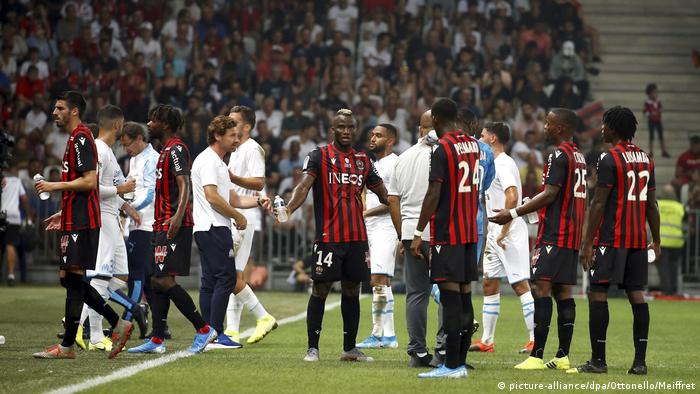 Nice's game at home to Marseille on Wednesday was suspended for 10 minutes due to homophobic chants, as well as banners of a similar nature

Metz fans seemed to be reacting to that by targeting the French League (LFP), showing a banner that read, "I won't be on TV because my words are not very gay."

It was the fourth episode of its kind to occur in French football this month, three of which took place in Ligue 1.

The LFP promised to crack down on homophobia this season, with referees told to stop play if homophobic insults are heard or seen.

Read more: What is sport doing to combat homophobia?

Male footballers coming out while still playing is a rare occurrence, especially in the top leagues.

Former Germany and Aston Villa midfielder Thomas Hitzlsperger announced he was gay in January 2014, six months after retiring as a professional.

Germany's Hitzlsperger hailed for coming out

Germany's Hitzlsperger hailed for coming out

Police say a man has insulted and injured two women in an apparent homophobic attack. The incident comes after an assault on a lesbian couple in London received international attention. (10.06.2019)

Homophobia is more widespread in Poland than in most other eastern European countries, research suggests. But there is also a sense of optimism in the LGBT community despite efforts by conservative MPs to undermine it. (23.07.2019)