Police say a man has insulted and injured two women in an apparent homophobic attack. The incident comes after an assault on a lesbian couple in London received international attention. 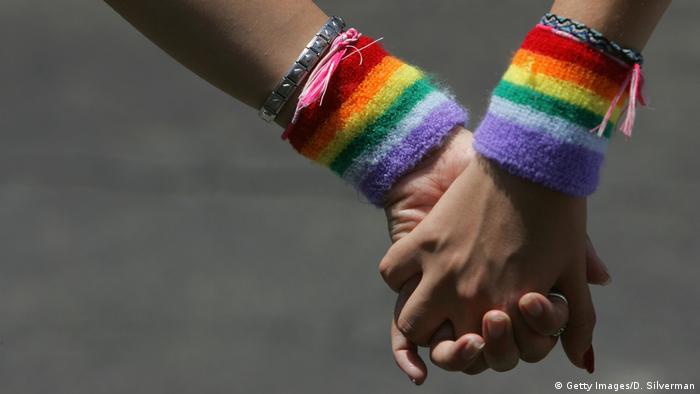 A lesbian couple in the German capital has suffered injuries after being attacked by a man who had earlier hurled homophobic insults at them, Berlin police said on Monday, citing eyewitness reports.

They said the incident occurred on Sunday morning after the two women, aged 18 and 21, began arguing outside a diner in the district of Tempelhof. Witnesses said a 53-year-old man who came out of the diner to ask what was going on began insulting them after realizing that they were a same-sex couple, before grabbing the 21-year-old's lapel and pushing her backward.

He is then reported to have hit both women in the face after they tried to defend one another, before going back into the diner, saying he was going to ring the police.

When the police arrived, he told them that he had been attacked by the women and had struck them in self-defense, displaying some superficial scratches on his head to prove his case.

All three were allowed to go after giving their personal details, the police said, adding that the incident was being investigated.

The reported occurrence comes just days after two lesbians on a bus in the British capital, London, were beaten up by a group of men who had taunted the women for their sexual orientation. Four men were reported to have been arrested after that attack.