Each year, Lesbian Visibility Day on April 26 gives prominence to an often unseen minority. In Weimar Berlin, before the Nazis seized power, writer Ruth Roellig put same-sex female desire on the map for the first time. 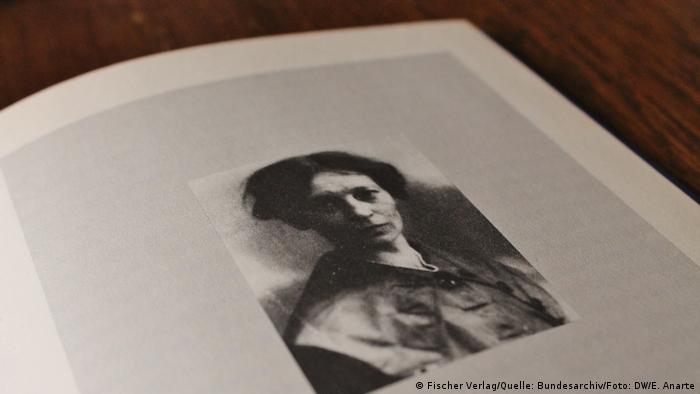 It was 1928 and Berlin was undergoing a revolution. Poverty, insecurity and political polarization were everywhere. Yet at the same time, the German capital was enjoying a taste of freedom that had once seemed utopian. The storm of fascism had not arrived yet, and women and sexual minorities were eager to claim their place in society.

"The Weimar Republic was, especially in Berlin, in eruption," Sabine Balke, managing director of the Digital German Women's Archive, told DW. "Everything was possible."

Or so it seemed. Even though female emancipation was making day-to-day strides, crossdressers could still be arrested on the streets, and homosexual relations were criminalized.

Lesbians, often considered the most invisible group within what we today call the LGBTQ community, also had a glimpse of how the world could be if its rules were different. What we know about that today is to a great extent due to the work of a woman who drew the map of same-sex female love and desire in that era.

Ruth Roellig (1878-1969) began writing just after finishing school. Hers was a male, straight world, yet she soon managed to publish fiction and travel journals. But it was the Weimar Republic and the relative press freedom that came with it that paved the way for some of her most remarkable works, at least from a contemporary perspective.

"For lesbians, the more relaxed censorship under the Republic was important. Many new lesbian magazines appeared," historian Laurie Marhoefer told DW. Garçonne, Die Freundin or Frauenliebe were some of the publications that gave homosexual and bisexual women a place not just to tell their own stories but also to discover safe spaces and leisure activities that did not force them to hide their sexual orientation.

"One could go to the clubs and meet similar people, other lesbian women, to dance, to make music," Balke says. It was the time when cabaret queen Claire Waldoff's - also openly homosexual - rebel voice was played in the radios all over the country. 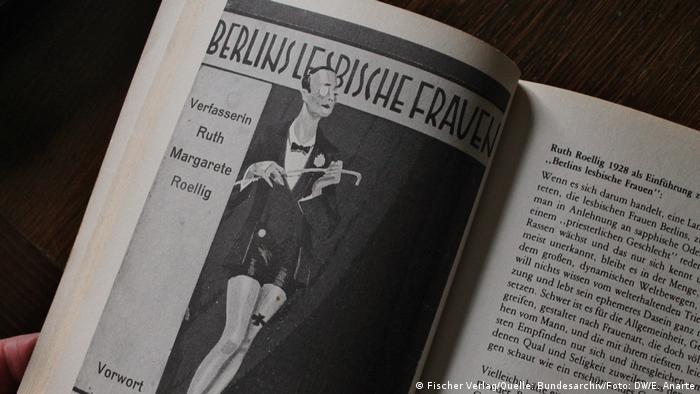 Through her articles in Frauenliebe, Roellig became a prominent figure in the lesbian scene of Weimar Berlin. Publishing those pieces also meant outing herself, but it did not seem to be a great danger at the time. As it often does, progress must have felt irreversible.

Nonetheless, it wasn't until 1928 that her greatest contribution to the lesbian history in Germany was published. In Berlins lesbische Frauen (Berlin's Lesbian Women), she extensively depicted the German capital's network of bars, cafés and clubs aimed at this public. It was much more than a pioneering queer city guide.

Read more: A burial ground for lesbians in Berlin

"It's very important because it's evidence of what was there," Sabine Balke underlines. Also the head of Spinnboden, Berlin's lesbian archive, Balke is aware of the historical importance of such a document: "In the 70s, when women started to fight for a more open sexuality or against the abortion ban, they did not know that there had been something similar in the 1920s." 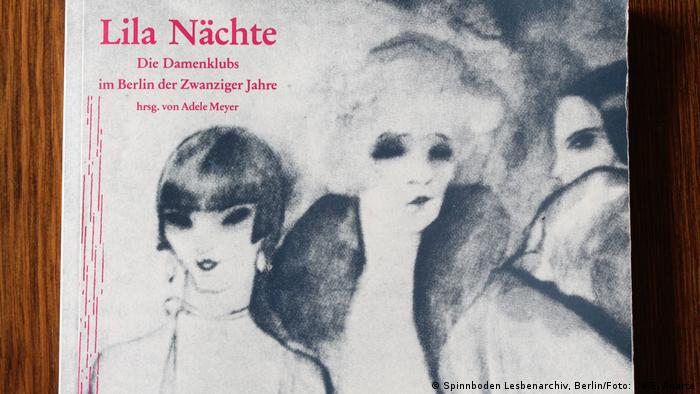 The rise of the Nazis to power in 1933 also meant the end of this brief period of sexual emancipation. The magazines and venues that in the previous decade had become so important for sexual minorities were shut down. Roellig's life also changed forever. "She had exposed herself," says Balke. "She could not write as a lesbian woman anymore. She had to quickly make sure that everything disappeared."

Yet it was not the end of her writing career. Ruth Roellig did publish another novel in 1937: Soldaten, Tod, Tänzerin ("Soldiers, Death, Dancer"). With its anti-Semitic content, this book left a disturbing legacy. Within a few years, around six million Jews would be killed in the Holocaust. Roellig never wrote again.

Historian Laurie Marhoefer insists on the need to underline the controversial part of this pioneer in lesbian activism: "Every time we mention her, we also have to consider this part of her legacy. She was no 'bystander' in the Nazi period." 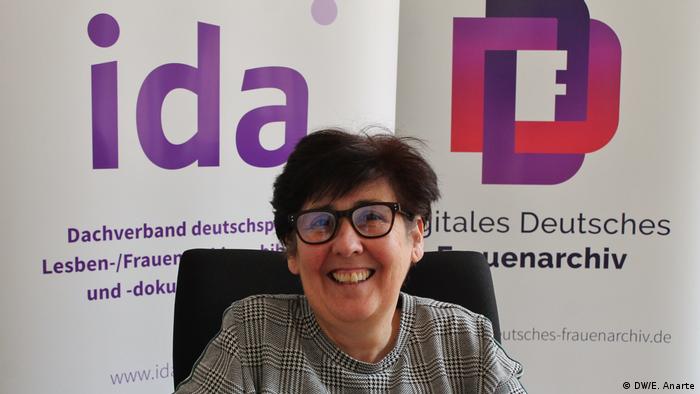 No black and white

Balke agrees, but also thinks it's important to go beyond that. "It was a question of survival. That's why we today cannot just say: She was a Nazi." After having openly maintained a lifestyle hated by the regime, Ruth Roellig was in complete danger. "But it could also be that she found that all right and was genuinely anti-Semitic," she adds.

"I think this shows us that people do not have only one story, and that they're not only good, or only bad" – a concept that, as Balke points out, Hannah Arendt underscored in her work.

Whether Roellig was truly anti-Semitic or not is a question we cannot answer nowadays, Balke believes: "It's very hard to judge." By the time she died in Berlin, in 1969, she no longer held openly anti-Semitic views nor was she openly lesbian. What remain are her books and articles, the controversial legacy of the woman who made lesbians visible in Berlin decades before the Stonewall riots and the first gay pride marches.

At the time, however, Roellig was probably unaware of the importance of Berlins lesbische Frauen, Balke believes. The book was lost for many years and re-edited in the 1970s under the title Lila Nächte (Purple Nights). And for Balke, thanks to that book, "Ruth Roellig lives in our history."

Of the many women who enrolled at the Bauhaus school in Weimar in 1919, few went on to become famous, unlike the men. Different works and exhibitions now pay tribute to their innovative artistic contributions. (12.04.2019)