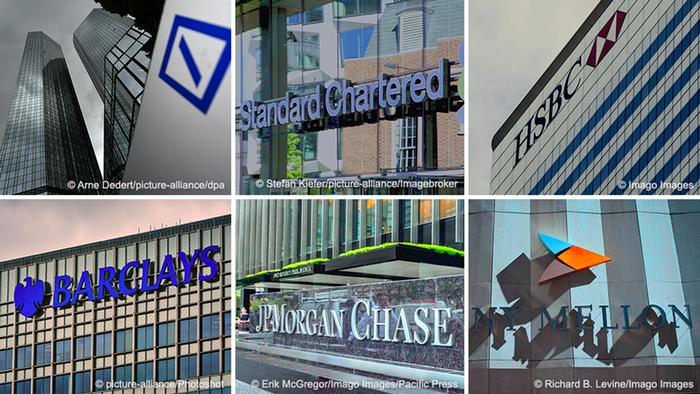 I am furious. In what kind of society are we living when the news that numerous banks are facing allegations that they helped to shift some $2 trillion (€1.7 trillion) of dubious origins around the world elicits little more than a shrug of the shoulders?

Dubious origins — this means that alleged criminals, including mafiosi and shady oligarchs, have been using the banks to wash their dirty money. Thanks to the investigative efforts of more than 400 journalists from 88 countries, 2,100 reports of suspicious activities submitted by the banks have been made public.

Where is the public outrage?

This investigation has given us an unprecedented look into the networks through which the money has flowed, insights which until now have been hidden from view. But where is the public outrage? Where are the calls for heads of banks to resign? Instead, the news has mostly been met with widespread indifference and resignation, with most people seeming to think that nothing can be done about such things. 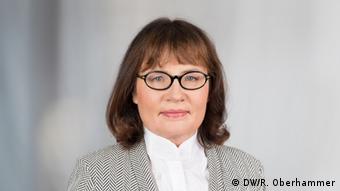 Many of the world's biggest banks have been linked to these questionable activities, including Deutsche Bank, HSBC and JPMorgan. These, incidentally, are all banks where many low-income workers hold accounts. These banks have looked away, intentionally or unintentionally, and have apparently been lax with their auditing.

These banks apparently took their time when it came to flagging suspicious cases, preferring to first collect transaction fees before submitting their reports — or not, as the case may be. This suggests a certain lack of ethics.

Banks in the service of drug cartels

Drug cartels around the world have taken advantage of these lax controls, using the banks to help them produce and sell cocaine and heroin at a lucrative profit. According to the United Nations Office on Drugs and Crime, more than half a million people die each year from the use of illegal drugs.

The cartels have relied on clever financial transactions to transform their illegally acquired money into legal tender, with dirty money going toward buying real estate, restaurants or cars. They've been able to launder their money because the auditing systems put in place by the banks are overstrained.

Oligarchs have also benefited, with some parts of the London property market firmly in Russian hands. It's difficult to determine exactly where the money for these luxury properties has come from; often, it has passed through a large number of bank accounts and bogus companies based in overseas tax havens.

How corrupt are the banks?

Our banking system is outdated

These shady transaction chains can even have deadly consequences, as in the case of the deadly tanker accident off the Crimean coast in early 2019. That's why the revelations in the FinCEN Files concern us all, and why something has to change — and fast.

Our banking system has not kept up with the times. There's nothing wrong with making a profit, if certain clear rules are respected. Financial institutions in the US, for example, must inform the authorities at most 30 days after discovering a suspicious transaction.

Though this rule is in place, almost no bank bothers to abide by it. Analysis in the FinCEN Files has shown that on average, banks let 166 days go by before reporting money laundering suspicions. That isn't what you'd call a functioning safety system.

Public pressure on banks must increase

The world's major banks don't appear to be interested in sharing important data that could end up triggering investigations potentially targeting their customers. That has to change.

Public pressure on the banks must become so great that they're forced to stick to the rules and immediately report any suspicious activity. Money laundering must not be part of any tolerated business model. Weak regulation and inefficient investigation of suspicious cases harms the economy, and by extension our society.

Account holders shouldn't be able to rely on the help of profit-oriented banks and weak controls to clean their dirty money. To counter this, we need well-functioning national and international supervisory authorities that employ the best in the business. Criminal money flows must be stopped. In the end, our money is at stake. That's more than enough for us to be furious.

This commentary was translated from German by Timothy Jones.

Opinion: Navalny's struggle goes beyond an anti-corruption crusade 21h ago