Opinion: FIFA Best winner Robert Lewandowksi is one of the greatest ever

Bayern Munich striker Robert Lewandowski has capped a fine personal year with the top men's prize at the FIFA Best Awards. For a player whose goalscoring has become routine, it’s no less than he deserves. 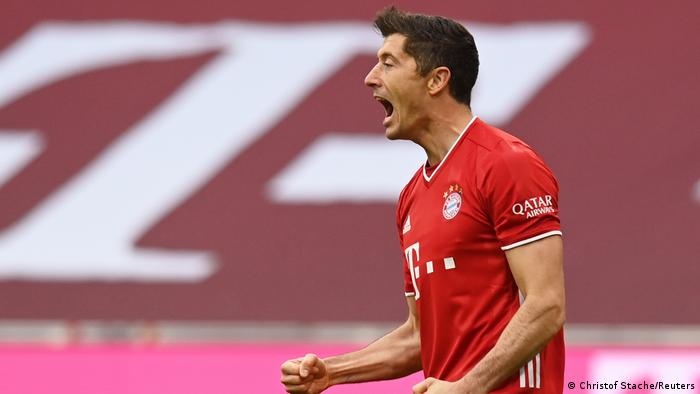 Robert Lewandowski was a winner at the FIFA Best awards

Robert Lewandowski is so extraordinarily consistent that when he scores multiple goals in a game it is not headline news.

His hat trick against Eintracht Frankfurt at the end of October meant Lewandowski had done something no one in 57 years of Bundesliga football had ever done: score 10 goals five games into a season. Almost two months on, he dominates the Bundesliga’s scoring charts with 15 goals, five more than anyone else.

These are just some of the reasons why the Pole has been named FIFA’s Best player for 2020, a year which saw him spearhead Bayern to their first treble in seven years.

It is worth noting that when Lionel Messi does something incredible the adulation is endless. Such a response is inevitable given that the Argentine is widely considered the greatest player ever, but it is nonetheless worth noting that Lewandowksi scoring regularly against every Bundesliga team is considered nothing more than what is expected.

Expectation in football is unrelenting and in most cases, highly unrealistic. For Lewandowski though, it is nothing more than what he is capable of.

Some might suggest that in a league Bayern has bullied over the last eight years, there could be nothing easier than leading the line for the defending champions. The league does have a competition issue – so, to varying degrees, do Europe's other top leagues – but Lewandowski's scoring feats remain remarkable.

Lewandowski being a great goalscorer is not new. This is a player who has over 250 Bundesliga goals, 71 in the Champions League and well over 400 in his career. This is a player who scored four against Real Madrid in a Champions League semifinal, who cameoff the bench to score five goals in nine minutes in the Bundesliga. On the all-time Bundesliga list he is closing in on the number two spot, which would leave the Pole second only to the greatest goalscorer in German football history: Gerd Müller. Indeed, his numbers are so ridiculous some believe he will even top Müller before his career is done.

That at 32, the Pole is in the golden age of his career is testament to a player who has worked hard to avoid injuries, who has just kept getting better season after season and who has saved Bayern Munich on a number of occasions.

Inevitably, in an era of both Messi and Cristiano Ronaldo the achievements and statistics of almost every other player pale in comparison. But Lewandowski scored 55 goals last season, and has 18 in all competitions already this year. Those are numbers in the same unbelievable range.

Lewandowski certainly deserved to win the FIFA Best award to go alongside his Ballon d'Or from earlier in the year, but he doesn't need it. We don't need anything other than to watch him play to recognize that he is one of the greatest players ever.