While much of the talk about Bayern Munich is about what is happening off the field, it was the team's performance on it in their home game against Hertha Berlin that was worthy of just as much attention. 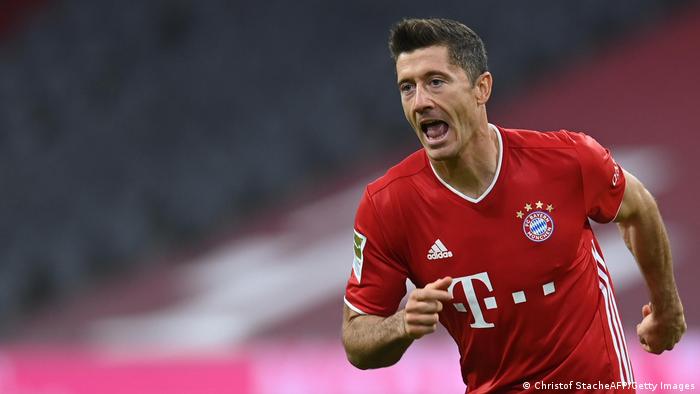 Not even a seven-goal thriller was enough to stop transfer talk dominating proceedings.

Before kickoff, Bayern Munich's sporting director Hasan Salihamidzic was unavailable to talk, probably because he had run out of ways to defer from giving an answer. Head coach Hansi Flick, usually a very calm figure, was irritated by questions about possible transfers and wanted to talk about the game.

While Flick's comment is a well-used phrase for coaches who want to avoid talking about something in particular, it was clear watching Bayern just about get past Hertha Berlin why he wanted to talk about what was happening on the field rather than who might be on it soon.

A smaller off-season, more games and fewer recover days certainly play a role, but Bayern have conceded seven goals in their last two Bundesliga games. Were it not for the incredible composure of their number nine, that would have been the headline. 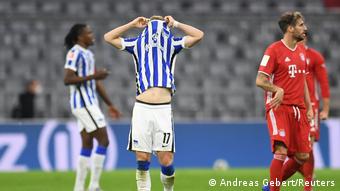 Bruno Labbadia's side exposed, in patches, the same space that Hoffenheim found so much joy in last weekend. For a long time, they looked destined not to take advantage of it. When they did, it was Bayern who looked sure to pay the price for their tired legs. But Robert Lewandowski had other ideas.

Lewandowski's four goals displayed all of Lewandowski's talent, and reminded everyone just how reliant Bayern are on their Polish striker.

"As soon as we're ahead, we have the feeling it's smooth sailing," Thomas Müller admitted to Sky afterwards. "We might be tired, but not in our legs. It's in our minds."

Midfielder Leon Goretzka agreed, adding: "At the moment after all the success we've had, we might be taking our foot off the gas a bit too soon." 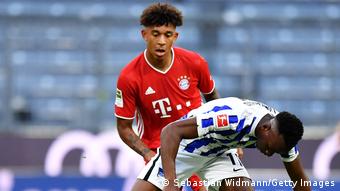 Chris Richards made his starting debut for Bayern Munich

On any other day, this game would have been about the impressive starting debut of 20-year-old American Chris Richards and how Flick righted the wrongs of last week's loss. Instead, it was about Lewandowski.

Flick's post-match comments echoed as much, stressing that while the performance certainly wasn't Bayern like, Lewandowski was a great striker and that the team's desire to win was impressive.

While that may be true and the result inevitable and familiar, this was a Bayern performance that prompted more questions.

Some of them might well be answered by the end of tomorrow, when the transfer window closes. With 23-year-old Spanish midfielder Marc Roca already confirmed and others reportedly on the way, Bayern's squad is set to get bigger.

After a treble-winning season last time out and eight straight league titles, will new signings solve enough of Bayern's problems or is this the season the defending champions struggle to stay in top gear all year round?