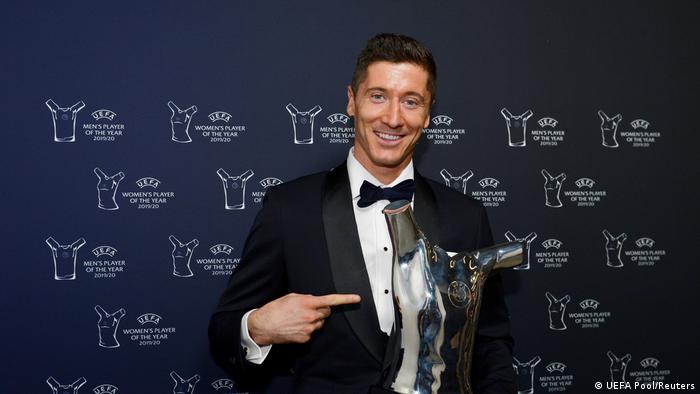 Lewandowski scored 55 goals in 47 games last season as Bayern secured the treble by winning the Bundesliga, German Cup and Champions League. It is the first time he has won the UEFA award.

"I am very thankful, very proud and very happy," Lewandowski said. "When you work so hard and then receive this prize, it is something very special."

"I am proud of the whole team for what we achieved," he added. 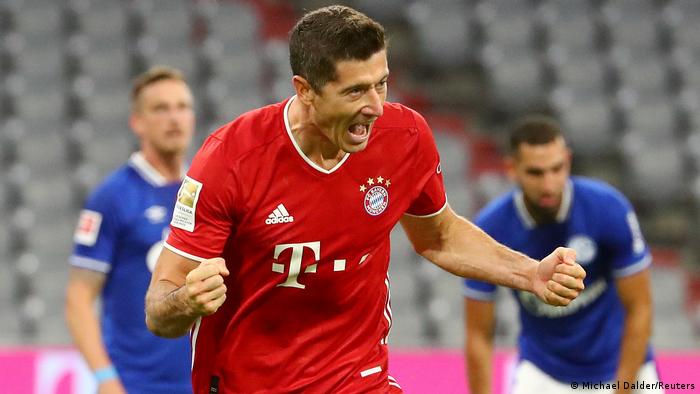 Lewandowski moved to Germany from Poland in 2010 and was a key part of Jürgen Klopp's Borussia Dortmund team. He transferred to Bayern in 2014 with an eye on European glory, which he finally achieved in August as Bayern defeated Paris Saint-Germain 1-0 in the Champions League final.

Already with a goal and five assists in four games, Lewandowski will look to continue his goal-scoring exploits this season. He will also feature prominently in the postponed 2020 European Championship in June 2021 as captain of the Polish national team.

Lewandowski was shortchanged earlier this year when France Football magazine announced that it would not award the coveted Ballon d'Or this season due to the coronavirus pandemic. World football governing body FIFA said last month it was to go ahead with its FIFA Best Awards despite the pandemic.