Wolfsburg have demonstrated their dominance of German women's soccer by winning a fourth straight Bundesliga title. Sporting director Ralf Kellermann spoke to DW about the secrets of their success in the women's game. 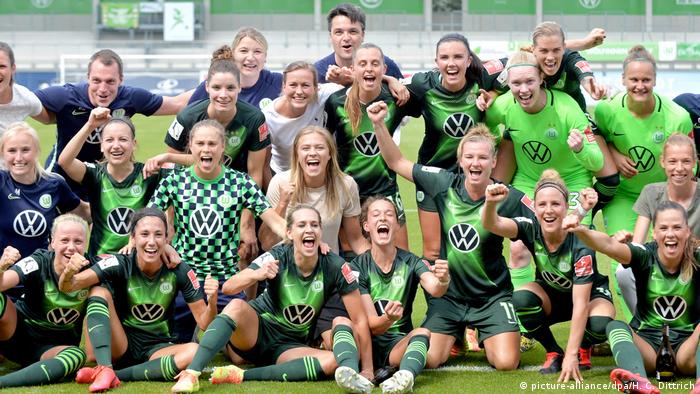 DW: Ralf Kellermann, Wolfsburg's women's team have clinched their sixth Bundesliga title — their fourth title in a row — with two games to go in the season. How satisfying is this for you?

Ralf Kellermann: Both we and Bayern Munich entered the season with the goal of winning the league. The fact that we then clinched the title on the third-to-last matchday and with an eight-point lead made us very happy, especially because it wasn't clear for a long time whether we would be able to play out the season due to the coronavirus outbreak.

As has been the case with Bayern Munich in the men's Bundesliga, your team hasn't missed a step since returning to action. How does it feel to win a title behind closed doors?

It was an extraordinary situation for all of us, and it's not something you would want to get used to. We were the best team; we also had an impressive run before the coronavirus. However, under the current conditions, there's something lacking in terms of emotions, not least because the fans can't be there. Usually you would celebrate in a completely different way, by hugging each other and screaming. I think everyone involved agrees: at the moment it has to be this way, but we hope this will change soon.

How much has the coronavirus pandemic affected women's football in Germany?

That is difficult to say because the crisis is not over yet. But we are the only top league in women's football that has been able to finish its season. We have earned a great deal of international recognition as a result. We hope that this will help us to regain the ground we've lost at times compared to France, England and Spain.

Wolfsburg's women haven't lost a single match in the Bundesliga this season. You've scored by far the most goals and conceded the fewest. Would it be fair to say that the team is in a class of its own in Germany?

Usually Bayern Munich are on a par with us in terms of their squad. With no disrespect intended, these two clubs, Wolfsburg and Bayern, stand out compared to the rest of the league. Hoffenheim were able to stay close for a long time and are still in the hunt for second place. But it must be said that the gap between the top two or three and the other Bundesliga clubs has widened. Two or three years ago things were much tighter. 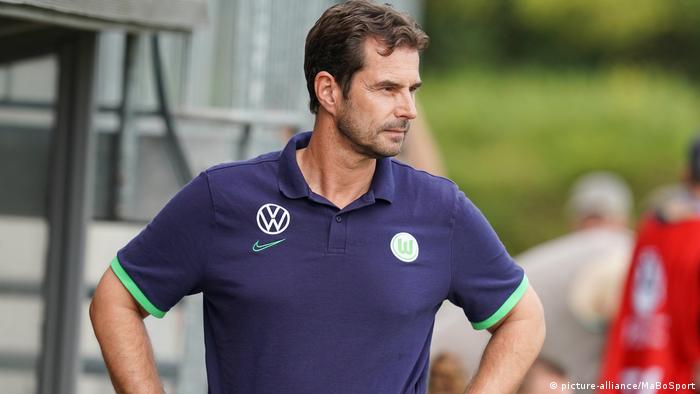 You have the chance to win two more titles this season, the German Cup and the Champions League. We now know that the Champions League will be played out at a final tournament in Spain with a knockout format. Will this improve your team's chances of winning the title?

I was already convinced that our strong team would reach the final and have a really good chance of winning the cup in the usual format. Now, I don't want to make any predictions. Anything is possible in a knockout match, especially if you have a bad day. Besides, we don't even know which team we will be facing. The players who are switching clubs after the season won't be available to us for the final tournament in August. And UEFA has yet to decide whether we'll be able to use new players.

Since 2013, Wolfsburg's women have won at least one title every year. Including the Bundesliga title that you just won, that's a total of 14 trophies. So what's the secret of your team's success?

The 2013 championship came surprisingly early and winning the treble was sensational. Back then, we were definitely not the best team in Germany in terms of the talent in our squad. We won the championship because so many of our opponents underestimated us. That we were able to repeat this success is outstanding. We have the right mentality among the players, the coaching staff and all of the other areas. Alexandra Popp is a good example. She came to us as a young player, although she could have earned considerably more money in Barcelona, Paris or London. But she simply feels at home with us. She always gives 100%, no matter whether it's a game against a team at the bottom of the table or a Champions League final. That's the mentality we have here. 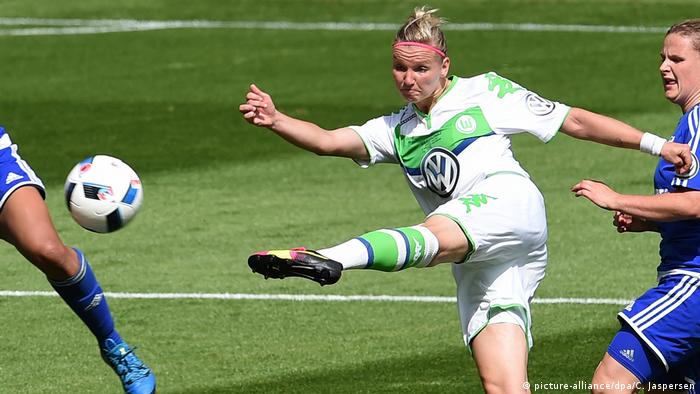 How important is the fact that the club is financially comfortable compared to most women's Bundesliga clubs?

There's no denying the fact that, due to our financial position, we should finish first or second every season. But we also won the league without these financial resources in 2013. The team has steadily improved on the field and the club has rewarded it with its support. Now, if I want to generate enthusiasm in another player for our club, I can really score points by showing her the training ground and the stadium.

Wolfsburg are now considered a top club not just in Germany but internationally as well. Do you have star players from abroad lining up outside your office?

(Laughs) No. We have been a top club internationally for years, but in terms of the conditions we offer, we are not among the top eight. You must be realistic about this. Imagine you were 25 years old, a top European player and you had your pick of Barcelona, Paris St. Germain, Olympique Lyon, Chelsea, Arsenal, Manchester City, Bayern and Wolfsburg. You can easily imagine that the economic situation of these other clubs will be quite different than ours, that the appeal of these clubs and cities is completely different. What we have to offer is a smaller, more familiar atmosphere at our club and in our town. Wolfsburg and the surrounding area offer a very high quality of life, which is often underestimated by outsiders.

Ralf Kellermann, 51, is a former goalkeeper who made it to the Bundesliga with Duisburg in 1991 but played mainly in the lower leagues. He was both coach and sporting director of Wolfsburg's women's team from 2008 to 2017. His biggest success was winning the treble of Bundesliga, German Cup and Champions League titles in 2012-13, when he was named world coach of the year in the women's game. In 2017 he promoted his former assistant, Stephan Lerch, to head coach so that he could focus on his work as sporting director.