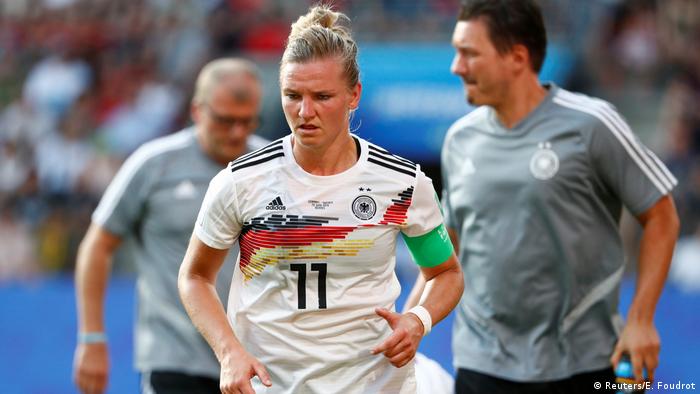 It was easy to miss unless you're a Borussia Dortmund member, but the club took a significant step toward the formation of a women's team last week with the release of a comprehensive survey on the issue.

After Real Madrid bought the license for a lower league women's side in Spain last year, Dortmund became, in their own words, "the only top 17 European club not to have a women’s side."

When questioned by DW on the issue this time last year, Dortmund made no reference to any plans to form one, instead preferring to concentrate the fact that: "Borussia Dortmund has no women's football history."

But the survey suggests they may be looking to create some. Among a lengthy series of questions, the club tried to establish; whether fans would have an interest in watching a women's team, whether they would like to see them take over an existing club or start from scratch, what the values of the team should be and whether such a move would be good for other women's teams from the region, which is historically strong in women's football.

However, the club told DW the results would not necessarily be binding. "The purpose of the survey is to create an opinion on how Borussia Dortmund would like to approach women's football in the future," a spokesperson wrote. "Whether and in what form we will do this is to be presented to the members at the next general meeting."

Pressure on the club

The previous general meeting in November saw fans raise the issue, before a banner was raised on the terraces in the men's game against Paderborn. "Football is for everyone — women's team now" it read.

The banner drew plenty of attention and even caught the eye of Germany captain Alexandra Popp (pictured above), who currently plays for champions Wolfsburg. "It would be nice if it happened and I could perhaps end my career with my the club that's in my heart," the lifelong Dortmund fan wrote on Instagram.

According to the woman who made that banner — a member of "Ballspiel.Vereint!," an anti-discrimination initiative of Dortmund fans, who preferred to remain anonymous — that feeling of club loyalty is part of what makes a women's team such a necessary addition.

"There are many people like me who go to football because of their club," the supporter told DW. "And I think if there were a women’s club from Borussia Dortmund, people would go to women’s matches now because it is their club. I’m a fan of Borussia Dortmund so why would I watch [nearby women's club] Essen, for example?

"There are also people who just want success who may not go to the women’s team if they start low down and they just want to see Champions League but I think there are some that would support them whatever the level."

Given the size of Dortmund's fan base and their general political and social stance, a decent level of support from men and women seems likely should the change happen. However, the fan did also note that even when they were unveiling the banner as the men were struggling to a 3-3 draw against bottom of the league Paderborn, one male supporter mocked that the men were "playing like women."

As well as sexist attitudes, the club must also navigate a way to create a women's team without appearing to trample over some of the well-established teams in the area, hence the survey.

However, given that eight of the last nine Women's Champions League winners have been clubs that also have powerful men's side, with all the financial and brand recognition advantages that brings, it's clear which way the wind is blowing in women's football.

But for the Dortmund fan DW spoke to, it's not glory that should be the driving force. 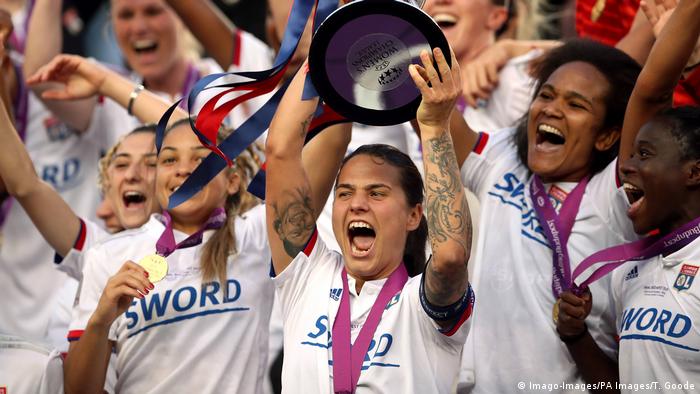 "It’s not about success but about the club’s role model function for society," she said. "It’s also important to me that they make teams for girls. When you play soccer as a girl, it feels like you have no future at the club. If you are, say, 10 years old and don’t know that men and women are separated, you might think: 'One day I will play for Borussia Dortmund.' But the older you get, you see you can’t while all your male friends can still dream about it.

"I think having real role models will encourage more girls to play. They don’t have to dream about being Marco Reus, they can dream of being a woman who plays for Borussia Dortmund," she said.

It looks increasingly possible that, in the not too distant future, those dreams will become reality for some.

Women's football is not another type of sport

Bad news for the chauvinists at the football table. Scientists from Germany's Sport University Cologne have proved that women who play football can implement tactical approaches just as well as men. (06.06.2020)

Women's Bundesliga not facing wave of bankruptcies — at least not yet

Just like the men's league, the women's Bundesliga has been forced to halt due to the coronavirus outbreak. While money is much tighter in the women's game, mass bankruptcies are not expected. Not yet, anyway. (04.04.2020)

More than 70 women, 20 different countries and one passion: football. An exhibition traveling around Germany is aiming to make female football supporters more visible by telling their stories. (09.01.2019)