The US president will try to sell the interim agreement with the EU as his own exclusive success. But in reality the "deal" is a victory for the unity and the steadfastness of the EU, says DW's Carsten von Nahmen. 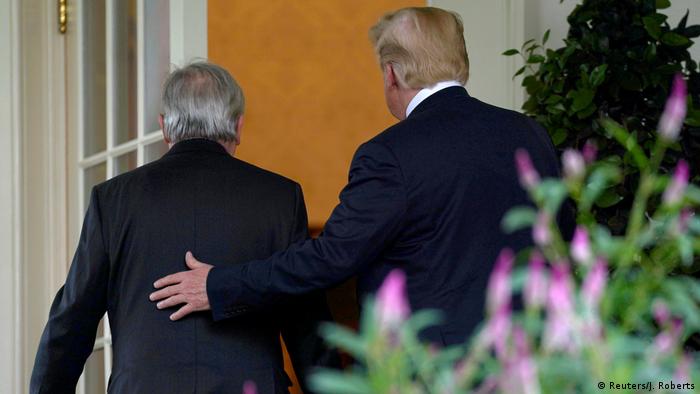 How did Jean-Claude Juncker do it? The president of the European Commission achieved more in his visit with Donald Trump at the White House than he had probably even hoped for. Talk was of a "new phase" and a "phase of close friendship" between the US and the EU as the leaders announced negotiations aimed at eliminating tariffs and other barriers to trade. And all this following weeks and months of aggressive rhetoric from Trump targeting the EU, and in particular Germany.

Expectations ahead of the meeting were consequently low. In recent weeks, Trump's tweets, interviews and speeches to supporters were filled with accusations against the EU for its "unfair" trade practices. He described the EU as a "foe" of the United States and announced hefty future tariffs on European auto imports. Just one day before Juncker's White House visit, no one in EU circles was expecting a breakthrough. 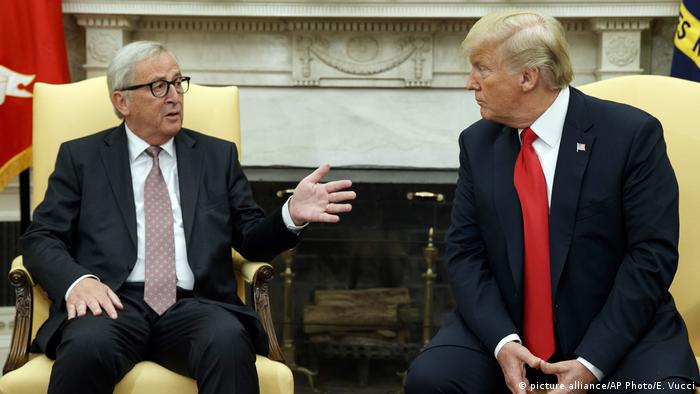 Changing winds in the US against Trump

However — and this is one part of the answer to the question posed above — Juncker got lucky. Just as he was expected to arrive in Washington, the momentum against Trump's confrontational trade course apparently reached a critical mass.

Alongside opposition from American foreign trade partners, criticism from Congress also kept increasing, along with that from Trump's own party and even from industry associations and Midwest farmers, who otherwise can be considered loyal Trump supporters but who now are more and more feeling the consequences of Trump's confrontational trade policies toward Japan, China, Canada, Mexico, and even Europe.

Naturally, Donald Trump would never admit that he was in the wrong or had made a mistake. But it seems that the unpredictable populist in the White House nonetheless came to the conclusion that now would be a good time to switch tracks from a confrontational course to a cooperative one (at least temporarily) and to sell it to his supporters as a victory.

In truth, however, the outcome is a clear victory for the European Union. And this is the other part of the answer as to how Juncker did what he did: The Europeans stuck together as Trump tried to force them with threats and insults to make concessions. They countered his pressure with their own pressure and did not buckle as the US president threatened painful tariffs on European automakers.

Yes, a few concessions were made. The EU will import more liquefied natural gas from the US, as well as more soybeans and other agricultural commodities. This is the part of the EU-US "deal" that Trump will present to his supporters as a major victory. And with respect to negotiations on a free trade agreement for industrial products, which Trump put into play a few days ago via Twitter, he will say: Look here, I forced the Europeans to the negotiating table. 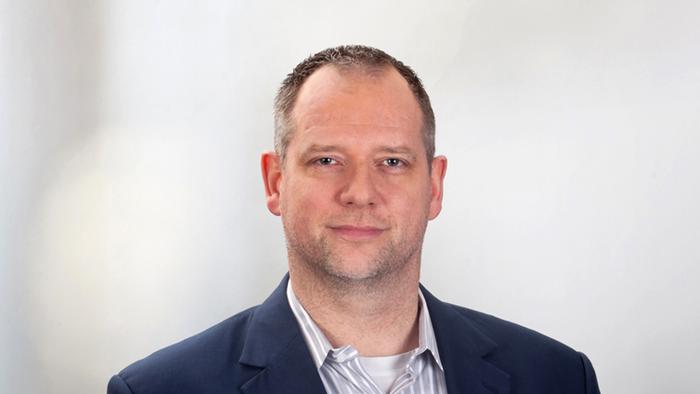 But the fact is that such a deal is precisely what the EU has always wanted. The negotiations that are supposed to now begin would result in a "light" version of TTIP, the Trans-Atlantic Trade and Investment Partnership, a free trade agreement that Trump backed out of in 2017 with a lot of loud bluster.

Of course, this is also typical Trump. Like a badly-behaved child, he knocks down what others have built up only to then put the broken pieces back together again and proudly announce that he did it all by himself. Juncker brushed over this childish behavior like a good grandfather, ready to be lenient on grandson when he acts up. That's fine, if it helps the European economy and whatever is left of the transatlantic partnership.

A learning curve — for Trump too?

More than anything else, Europeans should walk away from this latest episode of the "Trump Show" with one key lesson: Steadfastness and unity resulted in success for the EU.

Trump is essentially what Americans call a "schoolyard bully": someone you can't appease with calls to reason or readiness to compromise. A bully is only impressed by strength and the experience of getting a taste of his own medicine when he tries to pressure and blackmail others.

This is what Europeans should remember the next time the wild child in White House has another outburst and once again sweeps away everything that has been achieved up until now. Maybe it will even occur tomorrow, with the next Tweet.

European Commission President Jean-Claude Juncker won't be bringing a specific trade offer when he meets with US President Trump on Wednesday. Germany's foreign minister said the EU won't "cave in" to US trade threats. (24.07.2018)

Tough trade talks ahead for EU's Jean-Claude Juncker in Washington

European Commission President Jean-Claude Juncker says he is "cheerful and relaxed" ahead of a visit with Donald Trump to prevent a trade war with the US. He has arguments, but no offers. DW's Bernd Riegert reports. (25.07.2018)

Juncker: US, EU are 'close partners, not enemies'

Trump says he hopes to strike trade deal with Europe