As the US marks Independence Day, the country is seeing record increases in coronavirus cases. At the same time, Trump's approval rating is tumbling, but his bid for re-election isn't over yet, says DW's Oliver Sallet. 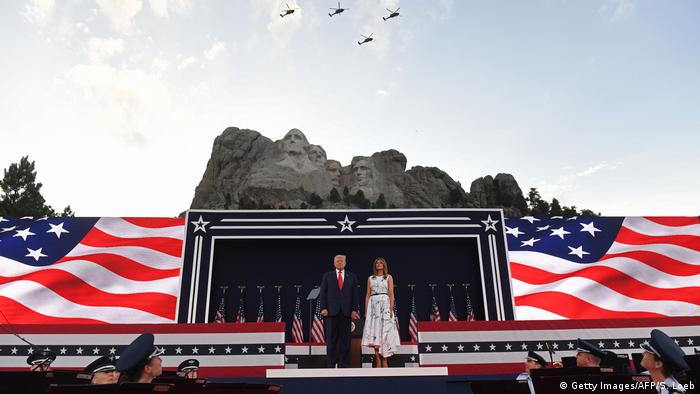 Where to even start? The brightness with which this exemplary nation once shone is fading fast: Freedom of the press is taking a beating. Democracy itself is under threat. A pandemic that could be better managed if the will was there, is infecting tens of thousands every day. The country has been in a state of civil unrest for weeks over the police killing of a Black man — and the president stirs hatred and incites violence rather than seeking reconciliation and unity.

Donald Trump's approval ratings are in the tank. He has earned that disapproval, and he alone is responsible for the situation. It is the first time Trump seems to be paying a serious price for his erratic presidency. But he is also a political survivor and the election is still months away.

Most polling experts currently put Trump's approval rating at around 40%. Unpopular when he came to office, he is even more so now. But, Trump also trailed far behind Hillary Clinton for much of the election in 2016. In the end, a controversy surrounding her emails helped deliver her unexpected defeat. 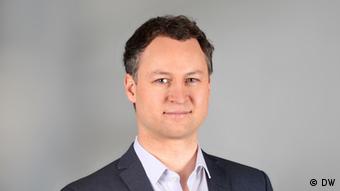 One thing, however, is clear: 2020 is not 2016. Trump's opponent isn't Hillary Clinton but Joe Biden, and a broad swath of the US electorate finds him much more appealing than Clinton, whom many despised. Biden has his own baggage, however, and in the end, he, too, is his own worst enemy.

During the coronavirus pandemic Biden has decided to sit tight and do nothing. The approach seems to be to not interrupt Trump as he continues to destroy his own reputation by the day. Biden has remained hunkered down at home in Delaware, releasing the occasional video address from his basement. The plan has been working, with his numbers continuing to rise.

Is Biden up to the task?

Yet, as election day creeps nearer, pressure is growing on the 78-year-old former vice president to get out of his basement and onto the campaign trail. The pandemic was a valid reason to lay low, but that passive campaign style can't work much longer. And when Biden returns to the campaign and steps in front of the cameras, so will his embarrassing missteps. These moments occur regularly, making supporters cringe with a feeling somewhere between pity and shame: Who was the president that Biden served under as VP? Is it Super Tuesday, or Super Thursday? When Biden stumbles and stammers over these kinds of questions, he seems at best confused, at worst senile — as if he simply weren't up to the task any more.

And then there are also the women who have accused Biden of innapropriate touching, with one even accusing him of sexual assault. Is he really the best candidate the Democrats have to offer? Does he really have the moral high ground to tell Trump what to do?

The Trump re-election team is already getting warmed up with TV and social media assaults on Biden in key swing states. And the president will be looking forward to one aspect of the fight in particular: The televised debates. He was able to fluster a somewhat glib Hillary Clinton in that arena during the 2016 race. It's hard to imagine how Biden will hold his own against the incumbent when the day arrives.

Donald Trump may be on the defensive right now, but he hasn't lost the election yet.

Burkina Faso military claims to have taken power 2h ago