Opinion: COVID vaccine patents are not the issue

US President Joe Biden's push to waive COVID-19 vaccine patents has led to mixed responses in Europe. This discussion, however, will not lead to more vaccines. It is just misleading, writes Bernd Riegert. 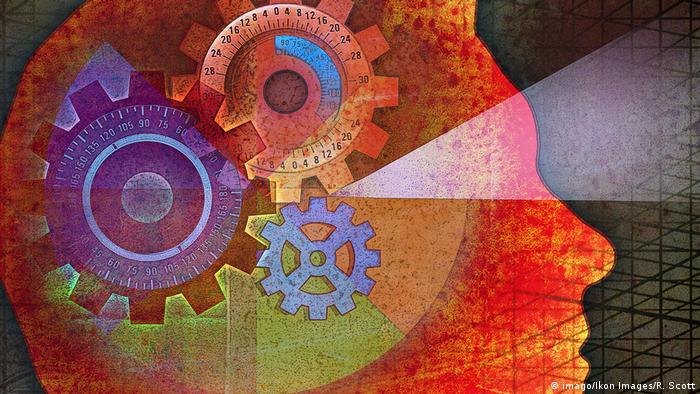 Waiving vaccine producer patents, vaccinating the world more quickly against COVID-19 — those are the popular demands that have already been made by 100 nations of the World Trade Organization (WTO) since October 2020. It is not entirely clear why US President Joe Biden has recently adopted this much too simple concept as well. Biden has not given reasons for his change of tack, least of all officially vis-à-vis European partners in the EU. It might be a simple case of populism.

Regrettably, the problem of vaccine shortage is more complex than claims made by many governments and aid organizations suggest, according to which the allegedly profit-seeking pharmaceutical industry must simply be deprived of its knowledge. Firstly, there is no single patent for a single vaccine. If anything, companies have been safeguarding techniques.

Production of every single COVID vaccine is based on several patents to which different companies claim ownership or for which they've made an application. Secondly, it's not the formula that's crucial, it's the detailed knowledge of how the vaccine is actually produced. To this end, vaccine manufacturers must issue licenses, equip production facilities and train staff. Of course, the World Trade Organization is entitled to discuss those details in Geneva.

Licensing and cooperation between vaccine developers and manufacturers have been in place for quite some time. According to the EU, pharmaceutical companies have by now sealed 200 applicable technology transfer agreements worldwide. The problem is not protection of intellectual property but a lack of sufficiently large production facilities, which are currently being set up in many places. In the short term, handing over a vaccine blueprint to a generic drugs manufacturer in India or South Africa will, in the short term, be just pointless. At least this will not alleviate acute vaccine shortage in India, for example.

A vaccine based on genetic engineering — such as the BioNTech/Pfizer vaccine — is made up of more than 300 components which are manufactured as preliminary products in 20 different countries. Those vaccines are — just like the viral vector vaccines offered by AstraZeneca or Johnson & Johnson — complex biological products which cannot simply be reproduced as a generic drug, unlike a painkiller consisting of chemicals.

The European Commission is prepared to discuss patents and licenses; thus far, however, there is no proof that protection of intellectual property slows down vaccine production — at least according to the findings of the World Trade Organization (WTO). The manufacturers themselves also claim that patents are not the problem and that waivers would not mean changes in production at this point.

The German Government, therefore, does the right thing by not just chiming in with Washington's simplistic, sweeping demand. For a lack of protection of their own achievements could lead to a situation in which companies become reluctant to take part in the elaborate development of new vaccines. However, BioNTech, Moderna, AstraZeneca et al. are urgently needed, because as early as autumn it might be necessary to put booster shots against coronavirus mutations on the market.

The EU has, by the way, stipulated in its contracts on funding pharmaceutical company research that knowledge gained through public financing must be openly published for the benefit of all — which means there is no patent which would have to be abolished.

The establishment of production facilities is already in progress. The aim is to produce some nine billion COVID shots this year. 11.5 billion shots are needed, however. The EU, the US, India and some other countries with large pharmaceutical companies should therefore make an effort to establish production facilities more quickly, facilitate investments and support manufacturers instead of cracking down on them.

The US, Britain and India, for instance, could help if they refrained from stockpiling preliminary products for vaccine production, or by imposing an export ban on those products. Currently, supply chains across all continents are a huge problem. The EU tries to plead innocent, referring to its altruistic actions: Thus far, 200 million COVID shots have been exported from the EU to Asia and Africa. If US President Biden wished to offer short-term help as well, he could, at long last, give the green light to exporting COVID vaccines from the US.

If we want to achieve that developing countries receive more vaccines quickly, we must simply share the scarce vaccines at our disposal today. It is rather doubtful that governments in Germany, Europe or the US can push through such a policy vis-à-vis their respective populations. Simple concepts and a demand for waiving patents of little relevance are a much more practicable approach.

Regrettably, that approach will also be ineffective.