Clemens Tönnies departure from Schalke has long been in the making. For DW's Jonathan Harding, the decision to step down is the first time he has taken responsibility for his actions. 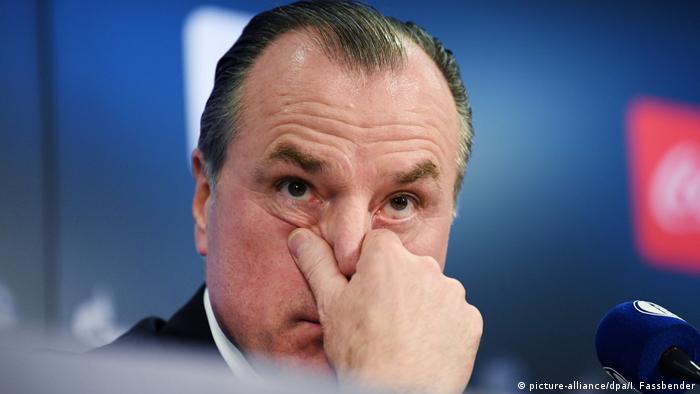 He is a man who temporarily stepped down as chairman for three months after saying at a public event that it would be better to finance 20 power plants a year in Africa because "then the Africans would stop cutting down trees, and they would stop making babies when it gets dark."

He is a man who, as the main owner of Germany's and Europe's largest meat processing company,was willing to put the lives of his workers at risk for financial profit, a man who thought housing his employees in cramped and unhygienic accommodation was acceptable during a pandemic.

He is a man who is leaving Schalke with the club possessing nearly €200 million ($224 million), a man who has recently made poor strategic decisions, overseen bizarre transfer moves and enjoyed far too much control for far too long.

Tönnies has spent most of his career being oblivious to the implications of his actions. Perhaps that is what great power and wealth — $1.7 billion, according to Forbes — does to a man. Now, though, the pressure was too great and the implications too obvious.

The decision to resign is perhaps the first time Tönnies has taken responsibility for his own mistakes.

Over the last 26 years at the club, Tönnies has invested time, money and effort. He deeply cares about Schalke, but the 64-year-old has turned from being part of the club's solution to an untenable problem.

His words and his actions have left him so far away from Schalke's mission statement, one that clearly rejects exclusion, xenophobia and discrimination.

Schalke fans know what their storied club stands for.That's why they took to the streets and to social media timelines to protest Tönnies' reign. They have a forced a change that Tönnies should have been able to see for himself.

But we've always known who Clemens Tönnies is and he's unlikely to change, but now there's a chance they can at Schalke.