Schalke 04 and The Sound of Silence 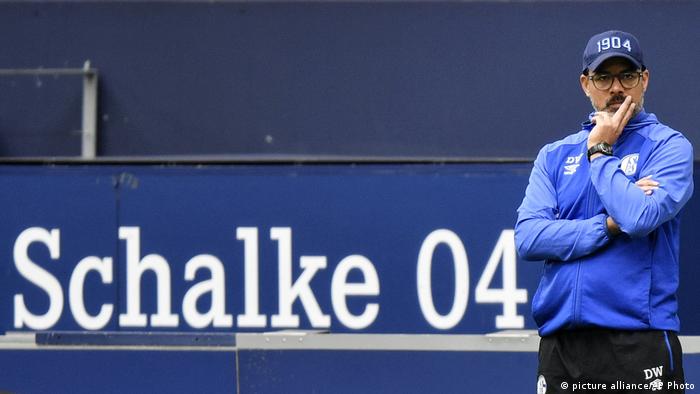 "Hello darkness, my old friend. I've come to talk with you again."

At half-time in Gelsenkirchen, the stadium DJ struck exactly the right note as Disturbed's cover of Simon & Garfunkel's "The Sound of Silence" echoed eerily around an empty Veltins Arena.

After last week's Revierderby humiliation in Dortmund, Schalke were behind again. This time, at home to Augsburg, who had led since the sixth minute thanks to Eduard Löwen's impressive free-kick. And with the Royal Blues having failed to win in their previous eight Bundesliga games, and having only scored four league goals in 2020, the DJ's pessimism was understandable.

With the exception, to be generous, of Welsh forward Rabbi Matondo, David Wagner's side were once again ponderous, predictable and bereft of attacking ideas as they forced Augsburg goalkeeper Andreas Luthe into a grand total of four saves, despite having over 70% possession.

The visitors, constantly encouraged to press collectively by the vocal Heiko Herrlich on the touchline, were happy to wait for defensive mistakes which, when it comes to Schalke these days, are a matter of when and not if. Last week, a poor clearance from young goalkeeper Markus Schubert led to Borussia Dortmund's second goal, as if BVB needed any encouragement. This week, it was Schalke's defenders who were at fault.

First, Jonjoe Kenny was easily beaten to Salif Sane's weak headed clearance by Sarenren Bazee, who nipped in to make it 2-0. Then, in injury time, substitute Levent Mercan was caught in possession by Sergio Cordova who rounded Schubert to make it three. Against an unspectacular Augsburg team which hadn't beaten Schalke in eight attempts, coached by a man who infamously broke quarantine last week to buy toothpaste, it was – if you'll allow us – a pasting... 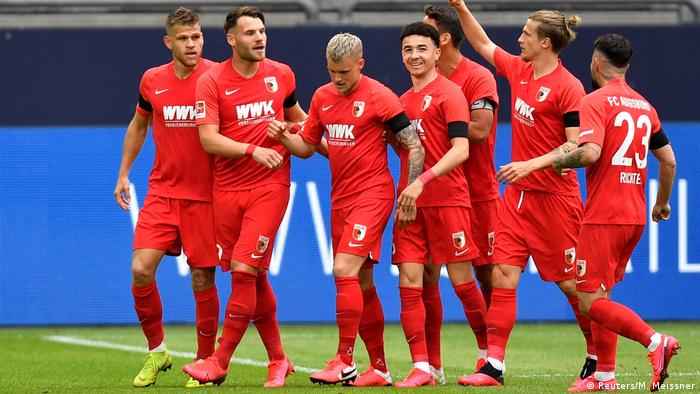 Augsburg celebrated their first win over Schalke since 2015

Of course, unless you're of a black and yellow persuasion in Germany's industrial Ruhr region, there really is nothing to laugh about in Gelsenkirchen at the moment. Of the 13 Bundesliga and Bundesliga 2 clubs who were reported to be most at risk of insolvency due the absence of television money as a result of the coronavirus crisis, Schalke were the most high-profile.

Not to mention four head coaches in Markus Weinzierl, Domenico Tedesco, Huub Stevens and Wagner, plus two sporting directors in Christian Heidel and the current incumbent Jochen Schneider, all while constructing a new training center behind the Veltins Arena at a cost of almost €100 million.

The club ended the 2019 financial year with almost €200 million ($218m) of liabilities and wrote to its season ticket holders and members in March to request that they waived refunds on tickets purchased for the remaining four home games.

"The club is facing a potentially existence-threatening economic situation and is reliant on sponsoring and hospitality income more than ever," wrote marketing director Alexander Jobst in an email to VIP box customers on April 8.

With the Bundesliga back under way, Schalke are safe for now. But the next step in terms of the club's financial security will be qualification for the Europa League. And on current form – Schalke are now second-bottom of the Rückrunde table, the table for the second half of the season – that cannot be taken for granted.

Given the financial situation, it's little surprise that the age-old debate concerning the structure of the football club has re-emerged in Gelsenkirchen. 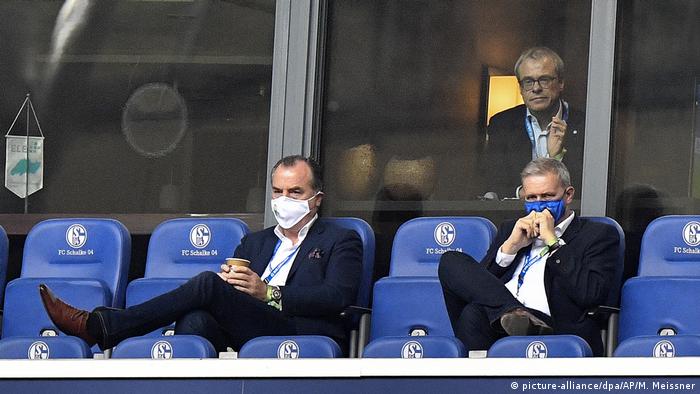 Schalke chairman Clemens Tönnies has to guide his club through a troubled period.

In order to attract higher sponsorship and investment, most German clubs outsource their professional football divisions into separate limited companies, a process known as "Ausgliederung." The original parent club, known as an "eingetragener Verein” or "eV," must retain a 50% stake in that company, plus one share, in accordance with the so-called 50+1 rule. Schalke, however, are one of five current Bundesliga clubs who have not taken that step, the others being Fortuna Düsseldorf, Union Berlin, Mainz 05 and SC Freiburg.

"Economically this has been a difficult time because we have almost no turnover," advisory board member Uwe Kemmer told the South China Morning Post recently. "Teams like Bayer Leverkusen can just ring their owners, their rich uncle, and ask for money. Schalke don't have that and I'm afraid this current situation will make it even more unfair than it is now. We have sponsors because we're a popular club but we don't have a benefactor."

- Read more: Coronavirus, the Bundesliga and the 50+1 rule

What's more, Schalke's status as not-for-profit "eV" also makes them ineligible for the sort of state aid programs which, according to Spiegel, bosses at Borussia Dortmund and Werder Bremen have investigated.

But the Royal Blues, with their 153,000 members and strong working class heritage, are extremely proud of their status as an untouched "eV" and have consistently refused to countenance the idea of "Ausgliederung."

A 75 percent majority would be required to carry such a motion at an annual general meeting and club chairman Clemens Tönnies has famously stated: "As long as I am here, we will remain an eV." But Tönnies appeared to strike a different tone following last weekend's derby defeat, admitting when asked about the subject that, "we're working everything out..."

His marketing colleague Jobst has also expressed concerns. "We must be careful that Schalke don't miss the boat," he said at last summer's AGM, while football magazine kicker is of the opinion that his email to VIP ticket holders regarding refunds also had the aim of softening members up ahead of an "Ausgliederung" debate.

At half-time against Augsburg, sporting director Schneider insisted to broadcaster DAZN that "tradition must never be sacrificed” but admitted: "We have remain nuanced: we have to consider the coronavirus in the short term but look at how we can remain competitive in the long term."

Given Schneider's background at RB Leipzig (2015-2019) and his experience of working within that club's unique corporate structure, one can make an educated guess as to exactly where the 49-year-old stands on the subject.

"Hello darkness, my old friend..." Both in terms of Schalke's current sporting predicament and the bigger discussions surrounding the future structure of the club, the DJ's choice of half-time song could not have been more appropriate for the club from Gelsenkirchen.

Manuel Neuer has signed a new Bayern Munich contract that ties him to the club until 2023. The Germany goalkeeper shows no sign of relinquishing his number one spot, which is bad news for the man signed to replace him. (20.05.2020)