"Get lost, Lukashenko" — that is what it's come down to after a month of protests in Belarus following the contested election. But the demonstrators don't know what to do next, Vladimir Dorokhov writes. 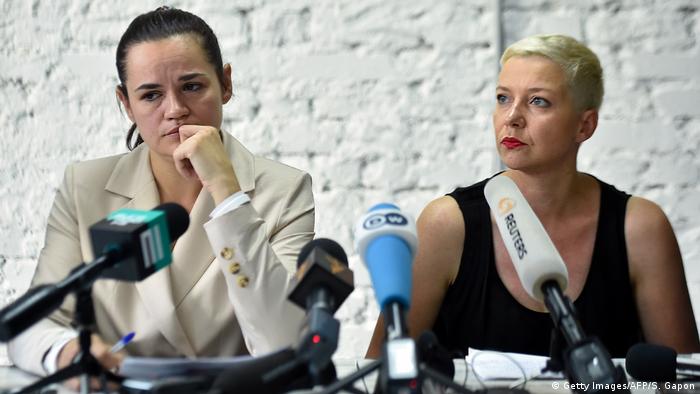 For the past month, Belarus has been experiencing a political crisis that is unprecedented in the country's brief period of independence.

The fact that incumbent Alexander Lukashenko is said to have won an unbelievable 80% of the vote in the August 9 presidential poll incensed a significant part of society because the result was obviously faked. Ever since, hundreds of thousands of people have taken to the streets across the nation, demanding that Lukashenko, the autocrat ruler since 1994, resign and new elections be held.

The government had in fact even managed to noticeably improve relations with the European Union over the past few years. Lukashenko visited Vienna, and in early 2020 Belarus and the EU signed a visa facilitation agreement. Belarus also presented plans with the US to once again exchange ambassadors.

The violence against the peaceful demonstrators left the governments of other countries with little choice: The European Union has condemned the assaults on demonstrators and declared that the bloc would not recognize the election result. Both the protests of hundreds of thousands of people in Belarus, however, and the announcement of EU sanctions were like water off a duck's back where the ruling class in Minsk is concerned. The fact that several diplomats, dozens of journalists from the state media, well-known athletes and artists have joined the demonstrations shows how great the dissatisfaction has become. But so far, the regime has not wavered. Local state representatives have not supported the protests anywhere in the country, nor have any of them resigned.

So the protests have not yet been noticeably successful. But they are peaceful: the Belarusians do not burn tires, smash shop windows, loot shops or occupy administrative buildings. All the authorities can accuse the people of doing is resisting the authorities because the protests were not authorized. But how else can people react after all the violence by the security forces? 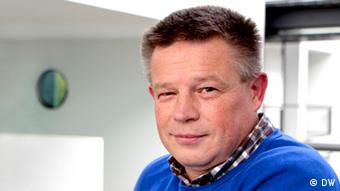 Vladimir Dorokhov is an editor with DW's Russsian department.

The authorities are trying to give the international community the impression that only a minority — "extremists," officials say — have been taking to the streets. That is not very convincing when one looks at the masses of people: youths, students, artists, workers from state-owned companies. Women have prominent roles in the movement.

The protests have yet to answer a key question: Who should lead the country if Lukashenko is brought down? Sviatlana Tsikhanouskaya, Lukashenko's main rival in the election campaign, is a top candidate for the role, but she went into exile after the election and has since admitted that she did not really want to be a politician. The protesters need a leader who can make important decisions quickly and independently — and a leader who can stay in the country. Experience has shown that Lukashenko's opponents in exile lost their influence on political developments in Belarus.

With their many different political views, the protesters have avoided giving their movement a geopolitical direction. There are few EU or Russian flags at the rallies. The message is clear: The protest has a purely domestic political motive, its only purpose is to end the rule of Alexander Lukashenko after 26 years, and hold new elections.

But who in the protest movement could negotiate with the state power? The opposition's coordination council, created for a transfer of power, is a first step toward structure. But some of its members are in pre-trial detention and the rest have increasingly come under pressure from the authorities.

The question of who could take over after Lukashenko remains unresolved. You get the impression that both the demonstrators and the people considered to be at the heart of the opposition movement do not know what to do next. There is no doubt that the present regime has received a serious blow — but it is still standing.

Belarus conductor Vitali Alekseenok tells DW why he has joined the protests in his country, as one of the Minsk musicians who gather for a flash mob every day.