Under threat from authorities, Belarusians go into exile | Europe | News and current affairs from around the continent | DW | 05.09.2020

Under threat from authorities, Belarusians go into exile

What do a DJ from Minsk, a worker from Grodno and a businessman from Brest have in common? Three Belarusians who felt compelled to leave the country after being threatened by the authorities share their stories with DW. 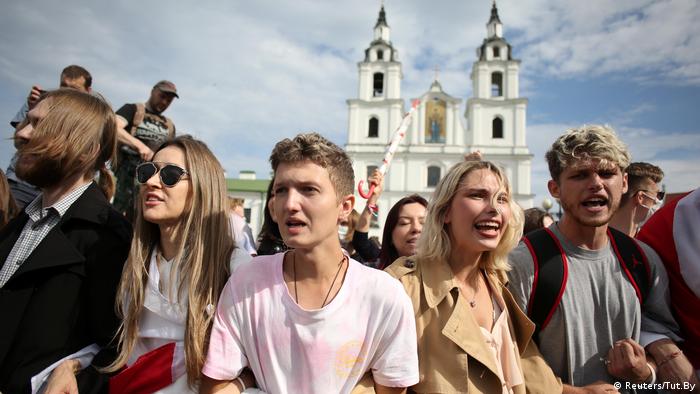 As people in Belarus continue to protest against Alexander Lukashenko and his government, many are leaving the country. Lithuania and Poland have offered asylum to a number of Belarusians who feared for their lives. DW spoke to three Belarusians who were scared they would end up being political prisoners.

'We will go back as soon as it's safe'

Vlad Sokolovski, aka DJ Vlad, was detained for 10 days in the notorious Okrestina jail in Minsk after being arrested for singing the song "Khochu Peremen" ("I Want Changes!") by the late Russian singer Viktor Tsoi, which has become a symbol of the protests in Belarus. Sokolovski left Belarus on August 22 and is now in Lithuania: "I hope that this is just temporary," he told DW. "The Lithuanian Embassy offered us help on August 17 and 18. At the time, it seemed as if everything would be OK and we rejected the offer."

But on August 21, a police officer called him on his phone and said that he wanted to interrogate him about some interviews he had given after being released from Okrestina. He refused, but hours later the police turned up on his doorstep and he was brought in for questioning. Sokolovski was asked about the interviews, including a DW interview, in which he had said that deputy interior minister Alexander Barsukov had visited him in his cell, threatened him with a long stretch in jail and even hit him in the back. 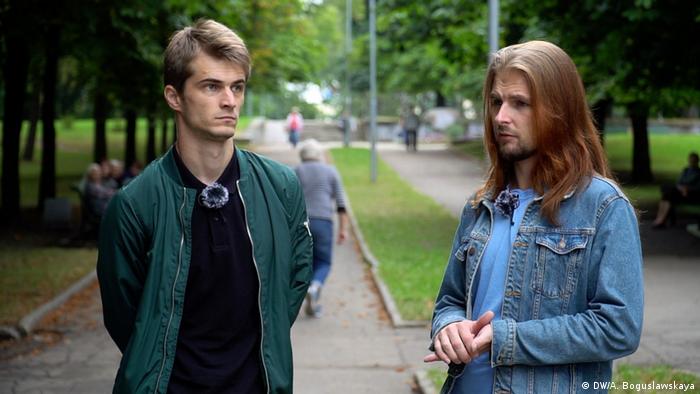 Vlad Sokolovski and his colleague Kyrill Galanov. After 10 days in prison, both fled Belarus

The police threatened him with a libel suit. "And then Barsukov himself entered the room with some other people. One of them filmed everything with his phone. It was mainly Barsukov who did the talking, he was very emotional. I could practically not say a word. He asked me if I'd been paid. It came down to my either having to apologize or be sued for slander. I apologized and signed the document. I'll stick to the story because I've got relatives in Belarus and don't know what the consequences could be for them."

As he was leaving the interrogation room, he saw a man that he recognized from Okrestina. He had been in the same cell and was apparently undercover. "I realized that this would never end and I had to leave the country," Sokolovski said. Within hours, the Lithuanian embassy had issued him with a visa and an NGO had helped him find some accommodation for the quarantine period. "Lots of people offered me jobs."

The worst part of being detained, Sokolovski said, were the five days during which he had no idea what was happening in the country. "Then we heard a guard in the corridor saying: 'We're going to turn you into invalids, you won't be able to walk.' I heard screams all night, with no pause for breath. Everyone was scared that someone would come in through the door. That was the worst."

About 7,000 people were arrested during the protests. Many of them were tortured.

Sokolovski refuses to give up hope: "We will go back to Belarus as soon as it's safe. I want to be able to work without being scared." 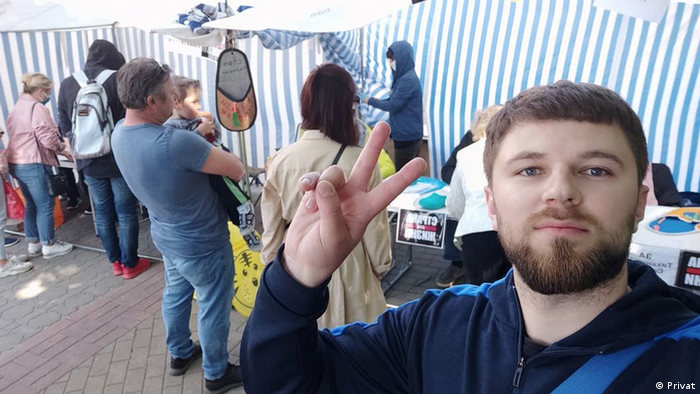 Rovovoy wants to support his homeland from Warsaw

'It will hurt, but not for long'

Yuriy Rovovoy works for the fertilizer company Grodno Azot and was the leader of a strike that he called in solidarity with the protesters. "The decision [on August 24] to leave was sudden, he told DW. "I tried to get some rest after my night shift but I was woken up by a knock at the door. My supervisor was there and told me that I had got some sand in the corridor and on the stairs." He said that he had a vision of being stuffed into a car and taken away by men in civilian clothing if he went down to sweep away the sand.

So, he decided to leave. A friend drove him across the border to Poland where he requested asylum. "Friends helped me rent an apartment where I could spend 14 days in quarantine. I know what I want to do next: I want to earn my money with my own head and hands. But I don't want to settle here. In my thoughts, I'm in Belarus. As soon as something changes, I'll be taking the first bus back to Grodno," he said, adding that he did not regret going on strike.

He said a lot of others hadn't had the energy at first but they wanted to do the same as him. "These are people who want to improve their country even though they're striking. Everyone knows it's necessary. It will hurt but not for long."

"I think I can be more useful from Warsaw than if I hide in the countryside or in my friends' apartments," he said.

'There's no turning back'

Designer Andrei Voronin has made a name for himself with his wooden furniture. In August, he joined the opposition Coordinating Council in Brest but then he was intimidated into leaving the country. He posted a status update to this effect on August 26 but would not say where he was now.

"After we joined the Coordinating Council, I was summoned with some other members to the police. They also came into my workshop where I have machines and tools. They photographed everything and sealed it, interrogating my colleagues and even searching my parents' home where I'm registered." 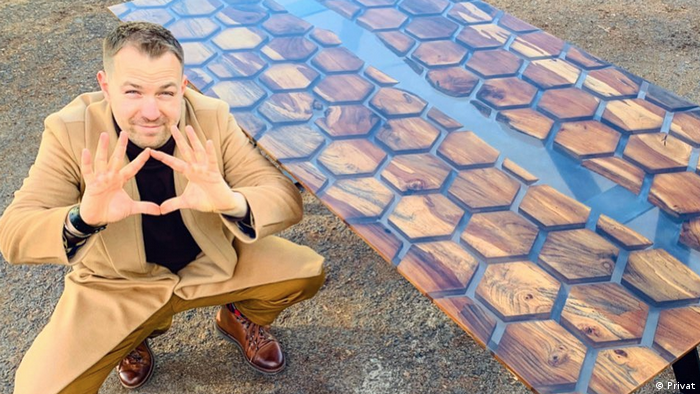 Voronin was accused of hiding the fact that he had made considerable sums of money and threatened with a five-year jail sentence. "I understood that I had to leave Belarus if I didn't want to become a political prisoner." So he and his wife packed some belongings and left. Within two hours they were gone. There were no problems at the border, he says.

"Lukashenko has a sophisticated system of repression," explained Voronin. "It's not only torture in Okrestina jail. Friends and relatives are also put under pressure. There are many ways of persecuting a person."

However, he said that he had no regrets about trying to change the system. "As soon as Lukashenko and his people disappear — and I don't doubt for a second that that will happen — I will be back because I love Belarus, Brest, the Belarusians, my friends and family. There has to be a state of law and human rights. That's not the case at the moment. Right now, whips, shotguns and rubber bullets are in charge in Belarus."

But there is no turning back, he said. "I think that everyone who had to leave the country will help those who have stayed."

Adapted from German by Anne Thomas