Propaganda in Belarus: Why state media journalists quit | Europe | News and current affairs from around the continent | DW | 02.09.2020

As protests against President Alexander Lukashenko continue in Belarus, more and more journalists are quitting their jobs in state media outlets. DW spoke to some of them about why they decided to leave. 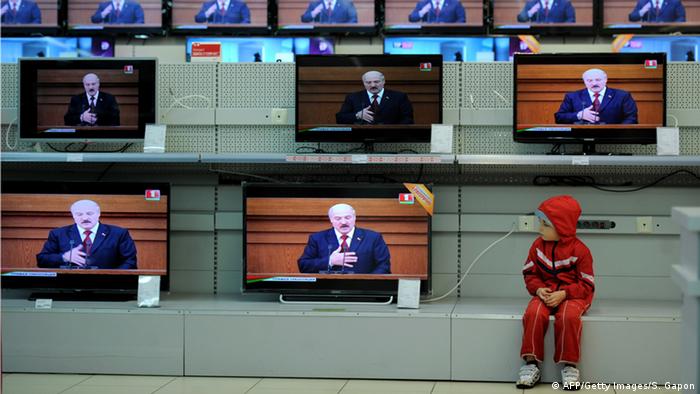 Journalists critical of the government in Belarus are under increasing pressure. Numerous reporters have been arrested amid the ongoing protests and some have reported being abused. Bloggers are being systematically threatened. Even at state media outlets, sympathy for President Alexander Lukashenko is wavering.

One journalist, who preferred not to be named, used to work with the state-owned daily newspaper Belarus Segodnya (Belarus Today), which reports to the president's administration. He said that he was particularly unhappy about the censorship with regard to COVID-19.

"For a long time, state media, including us, denied its existence," he explained. "At first, they did not report on the virus at all. Then they started writing about it but only in a positive way, saying that people were recovering and that in China people were going back to work as normal."

"We rewrote texts for Belarusian TV, implying that the country was successfully dealing with COVID-19 and that only people with prior conditions were dying and that there was a surplus of intensive units and ventilators in the hospitals. We had to write that the whole world envied Belarus." 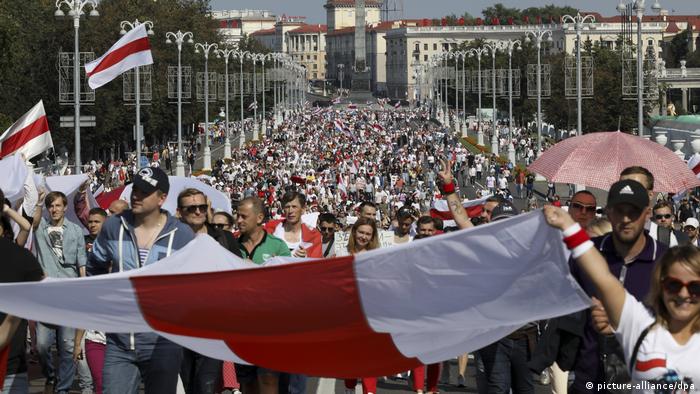 He also said that the presidential campaign had been covered in a one-sided way: ''We only talked about Lukashenko. We were told not to write about any other candidate. We weren't even allowed to mention their names."

He faced a dilemma after the popular opposition blogger Sergei Tikhanovsky was detained and decided to resign: "He had been arrested on May 29. Ten days later, I was told to write a press release saying that the authorities had charged him. Both he and his wife Svetlana trusted me and all of a sudden I was supposed to write that he was a criminal!"

The radio journalist Svetlana (whose name has been changed) also decided to resign when the situation became untenable for her. "Even though I was only involved in culture, my name kind of stood for everything that Belteleradio was doing," she said.

She told DW that she had rallied with her colleagues on August 17 in front of the Belteleradio building in Minsk. They called for the election results to be declared invalid, for the head of the election commission to step down, for the release of political prisoners and an end to censorship.

The director said that their protest was illegal and told them they could leave if they were unhappy. Those who did were replaced by Russians, as the president confirmed: "I asked the Russians to send us two or three groups of journalists, just in case," Lukashenko said.

Svetlana said that there had been a change of tone since Russian journalists had started working. "The rhetoric has changed. Coverage has become more radical. Reporting about the participants in peaceful protests has become even more negative." She said that even journalists who were familiar with censorship were surprised.

Svetlana used to work for the Television News Agency (ATN) which owns the state TV channels Belarus 1 and Belarus 24. She said that there were strict rules and no opposition politicians could be shown in any videos: "There were people whose names were banned from Belarusian TV. Furthermore, there was a list of politicians and economists who were not allowed to be contacted for comment.

"A person just had to express an opinion that did not match official policy to never been seen again on television," she said.

Valery Kondratyev used to work for Radio Stolitsa ("Capital Radio"), which is also a Belteleradio station. He said that in a year and a half he only had to mention the president's name a few times, usually in conjunction with international meetings that he was taking part in.

However, there were also restrictions when it came to reporting about COVID-19. They had to limit coverage to statistics issued by the Health Ministry, although these were rumored to be incomplete. He also told DW that the radio received orders to stop playing songs by certain musicians who fell from grace during the election campaign.

After the elections, Kondratyev said that it became increasingly difficult for him to go to work in the morning especially as protesters who had been detained complained of torture. "As more footage of what was happening to them emerged, we decided to go to our boss. I said that if I wasn't allowed to tell the truth, I would quit. Other colleagues supported me."

The staff at Radio Stolitsa started striking on August 17. Only music, sports news and the weather forecast were broadcast. The Belteleradio directors declared the strike illegal.

"We were told that we could be fired," Kondratyev said "So we quit ourselves." He said that about a dozen journalists had left in total, including the head of the station, his deputy and the music editor.

"We couldn't continue to work for state radio and pretend that nothing is happening."