Opinion: Another cold case in the Democratic Republic of Congo?

The DRC is no stranger to violence and death. But when a foreign diplomat is killed, one expects swift answers. History tells us not to hold our breath when it comes to the DRC and the UN, writes Mimi Mefo Takambou. 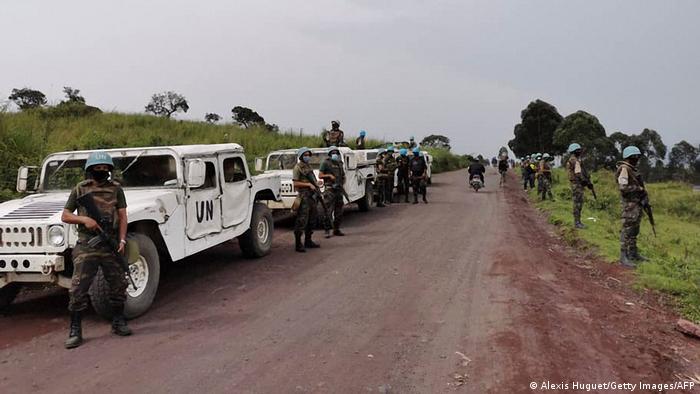 The Democratic Republic of Congo (DRC) is a country that is never far off the headlines. Sadly, there has scarcely been any positive news about the country. Its tumultuous history goes back to the 1870s when King Leopold II of Belgium orchestrated his private venture to colonize the Congo.

As a young person growing up, I heard harrowing tales of how from 1885, following Leopold's announcement of the establishment of the Congo Free State, to the 1960s, over 15 million Congolese were brutally murdered.

The hope that all this would end with independence was shattered with the killing in 1961 of the DRC's first prime minister, Patrice Lumumba. The country has been in a perpetually fragile state ever since.

The murder of Italian Ambassador Luca Attanasio, his bodyguard Vittorio Iacovacci, and World Food Programme (WFP) driver Mustapha Milambo after the UN convoy they were travelling in was attacked near Goma, is a stark reminder that the DRC is still not ready to relinquish its notorious label as one of the "deadliest countries in the world."

Dismay will quickly die down

The shock and consternation I see following this recent case of needless violence is rather jarring against the backdrop of the usual selective amnesia about the DRC displayed by the international community.

Even if we were to pretend that the daily loss of life that has characterized the DRC for decades in the cycles of never-ending conflict meant very little as they were just nameless statistics of Congolese lives, can we also claim to forget 2017? It's only four years ago that armed men summarily executed two UN investigators — Zaida Catalan, a Swede, and Michael Sharp, an American — and we are yet to get a clear picture of what exactly happened.

To think that the slain Italian ambassador and his entourage were part of the UN Organization Stabilization Mission in the DRC and part of a convoy belonging to the UN's WFP — yet had very little security — is quite shocking.

The more I reflect on it, however, the more I am inclined to think that it is almost becoming normal for the UN to lose the very people it was set up to protect. The fact that DRC conflicts have claimed more lives than were lost during World War II and that since 1998 5.4 million people have died, leads me to conclude that the UN has become immune to the shock.

Attanasio joins a list of high-profile officials linked to the UN who have died in the DRC. The death of UN Secretary-General Dag Hammarskjold in 1961, as he traveled to the DRC to negotiate a cease-fire, remained shrouded in mystery until 2019, when investigations revealed that a British-trained Belgian mercenary had allegedly shot down the plane carrying Hammarskjold.

Answers disappear down a black hole

That it took almost 60 years for the truth to emerge might just be an indication of why the DRC is what it is — a death trap for many. With confirmation from a UN panel in 2001 that warring parties were deliberately prolonging the conflict to plunder gold, diamonds, timber and coltan, the material used in the production of mobile phones, one can begin to understand the rationale behind the blood-shedding.

My concern is that a few days after the media outcry dies down, the death of the Italian ambassador and his team will simply go down as one of the many the world wants answers to — answers that may never come.

Perhaps President Felix Tshisekedi, who has dispatched a Congolese envoy in Rome to present a letter to Italian President Sergio Mattarella, can succeed in addressing security issues where his predecessors failed, now that he has shaken off the shackles of the chaotic alliance with his predecessor, Joseph Kabila.

However, that optimism may be premature as the finger-pointing begins. The government has already blamed the Democratic Forces for the Liberation of Rwanda (FDLR) rebel group for the attack, which the FDLR itself has called a "cowardly assassination." At this rate, it might just end up as another cold case.

Rape as a weapon of war in DRC

UN: Only half of women in developing world have control of their own bodies 1m ago

US climate envoy John Kerry travels to China 1h ago