The Democtratic Republic of Congo has accused the FDLR rebels of killing the Italian ambassador to the country on Monday. But the rebels are shifting the blame to the armies of DR Congo and neighboring Rwanda. 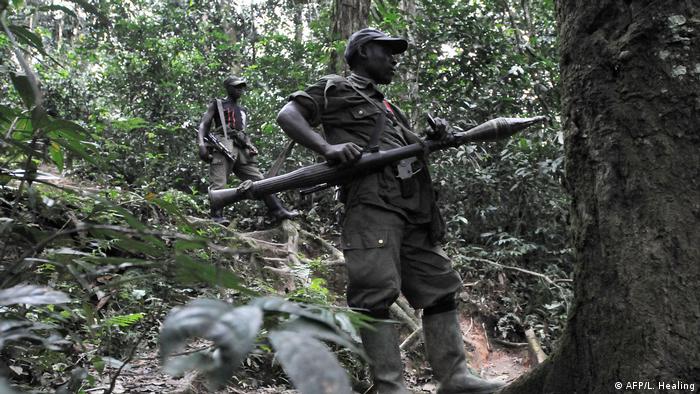 Ambassador Luca Attanasio died of his injuries after the World Food Programme (WFP) convoy in which he was traveling came under gunfire near Goma, the capital of eastern North Kivu province on Monday. His bodyguard and a driver in the WFP convoy were also killed.

North Kivu Governor Carly Nzanzu told DW that the attackers were fighters of the Democratic Forces for the Liberation of Rwanda (FDLR),

a militia founded by Hutu extremists partly responsible for the 1994 Rwandan genocide.

"According to our information, the six attackers spoke Kinyarwanda, and the armed groups in the region where the attack took place are mostly FDLR," Nzanzu said. The attackers had attempted to kidnap the Italian diplomat for ransom, the governor told DW. 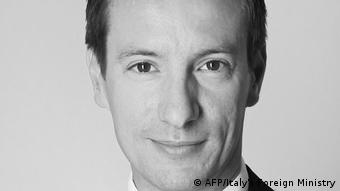 "The rebels stopped the WFP convoy with warning bullets before bringing down the passengers on board, including the ambassador. According to survivors, the rebels wanted money from the ambassador."

The FDLR is often accused of atrocities againt the civilian population in DR Congo. Kidnapping for ransom would be a relatively new strategy for the militias.

"The FDLR have been in the region for more than 20 years and so far, have exploited natural resources, especially wood. Today, however, together with other local armed groups, they could be involved in the kidnapping of convoys civilians or humanitarian workers," Nzanzu said.

Fredrick Golooba Mutebi, a commentator on the Great Lakes region, said he wonders why the FDLR has so been quickly accused of being behind the attack.

"Many groups are roaming in that area. It could be the FDLR or any other group. Besides, there are other Kinyarwanda-speaking Congolese," Mutebi told DW.

The FDLR has denied responsibility for the attack. In a statement obtained by DW, the rebels accused the armies of DR Congo and Rwanda of killing the ambassador.

According to the FDLR statement, the ambassador's convoy was attacked near the border with Rwanda, "not far from a position of the FARDC (DR Congo armed forces) and Rwandan soldiers."

"The responsibility for this despicable killing is to be found in the ranks of these two armies and their sponsors who have forged an unnatural alliance to perpetuate the pillaging of eastern DRC," the FDLR said.

The group urged Kinshasa and UN peacekeeping force MONUSCO to "shed light on the killings instead of resorting to hasty accusations."

The Great Lakes region commentator Mutebi said it was "not enough to say that the FDLR was solely responsible."

"There have been joint operations by Rwandan and Congolese troops in a bid to flush out local militia groups, particularly the FDLR." 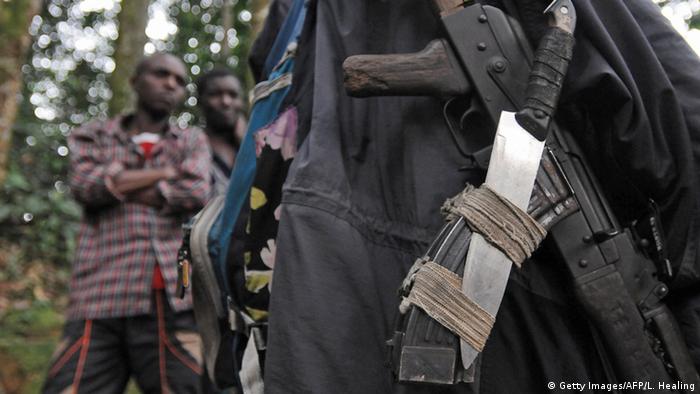 The FDLR is among dozens of armed groups that operate around the Virunga mountains that straddle the area between DR Congo, Rwanda, and Uganda. Rangers in Virunga National Park have come under repeated attack. Last month, eight rangers were killed in an ambush.

One expert at the Kivu Security Tracker (KST), a US monitor, told AFP: "The FDLR are near the place where the attack took place. It's in the realm of possibility that the Rwandan rebels are responsible for this attack."

But according to Mutebi, the Great Lakes region expert, "until a thorough investigation is carried out we cannot easily know who is behind this attack."

DR Congo President Felix Tshisekedi has strongly condemned the killing of the Italian envoy, caling it a"terrorist attack"  and promising an inquiry.

"Western governments have been reluctant to support efforts to eliminate these groups. Rwanda has been struggling alone in dealing with the threat of the FDLR. Now that Europeans are the victims, perhaps it's going to change," says Mutebi.

In April, the FDLR was blamed for killing 12 rangers in the Virunga National Park.

Some of FDLR founders were involved in the 1994 Rwandan genocide, during which the Hutu majority slaughtered 800,000 people, mainly Tutsis but also Hutu moderates. The group is opposed to the current Rwandan government but has not launched any large-scale offensive in Rwanda since 2001.

World reacts to the killings

The UN Secretary-General Antonio Guterres expressed deep condolences to families of the victims in Italy and DR Congo on Monday.

He also called on the DR Congo government "to investigate this heinous targeting of a United Nations joint field mission swiftly and to bring the perpetrators to justice."

TheUN would continue to support the government and people "in their efforts to bring about peace and stability in the east of the country."

Members of the UN Security Council also condemned the attack "in the strongest terms", calling for the perpetrators to be held accountable.

The Great Lakes expert, Mutebi, said he is surprised over the reaction to the killing of two Europeans.

"Notable reactions coming from western governments have been so loud, and to some extent, raised sharp comments from Africa. It's like the Congolese who have died in the last 30 years don't count."

Luca Attanasio is the second European ambassador to be killed in the line of duty in the DR Congo since Philippe Bernard of France was killed in 1993 during riots sparked by troops opposing then president Mobutu Sese Seko.

Carole Assignon contributed to this article.

Rebels in the east of DR Congo have killed at least 25 people, beheading some, local officials say. Fighters from the Allied Democratic Forces have been blamed for the attack on New Year's Eve.

Congo's President Felix Tshisekedi had held a virtual regional summit about the conflict in the east of the country. Locals are frustrated by the lack of headway against armed groups in North and South Kivu.