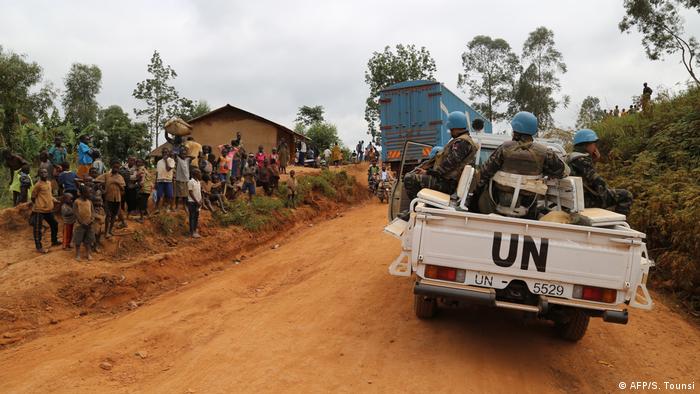 Since the beginning of March, nearly 300 people have died as a result of the ongoing violence in Ituri Province. Jean Bamanisa Saidi, governor of the volatile region, described the killings as genocide. "This must stop in our country!" the governor said.

"It is estimated that more than 4,000 people have been brutally massacred since 2017," Saidi told the DW in an exclusive interview. "Between 1999 and 2003, international troops such as the soldiers from Operation Artemis and MONUSCO [United Nations Organization Stabilization Mission in the DRC] were here. At that time, there were arrests that led to an end to the crimes." 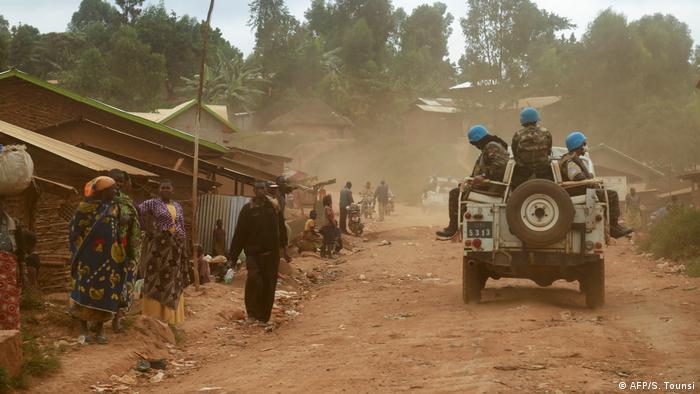 Despite being in DR Congo since 1999, UN peacekeepers have so far failed to bring peace to its eastern region

But the problem has not been fully resolved, the Congolese politician said: MONUSCO unfortunately no longer has a mandate to intervene, but only to observe. We need a solution that will solve the problem in the long term and allow peaceful coexistence in Ituri."

Thomas Lubanga is not the ideal contact person when it comes to human rights issues. He was one of the militia leaders in the bloody fighting that shook the province of Ituri in the eastern Democratic Republic of Congo between 1999 and 2003. He has just served a 14-year prison sentence handed down to him by the International Criminal Court for recruiting minors.

Ironically, Lubanga is now ranting against a new wave of violence in DR Congo, with the CODECO militia group at its center. Since March, CODECO members are said to have killed around 300 people in Ituri province. According to the United Nations, 200,000 people are on the run from CODECO.

"What they are doing in Congo can be called genocide," Lubanga told DW. He sees an old conflict being rekindled. "The tragedy that took place between 1999 and 2003 has not been fundamentally reappraised in order to understand what happened so that the conflict can finally be stopped."

The Ituri killings are one of the cruelest chapters in the history of the conflict-ridden eastern DR Congo. Within a few years, tens of thousands of people were killed, hundreds of thousands fled. Borders were drawn along ethnic lines, human rights activists warned of genocide. Now the same groups are facing each other again. Many observers in the Congo see a new edition of the old conflict.

CODECO stands for Cooperative for the Development of Congo — a name that does not sound like a declaration of war. "CODECO was originally an agricultural cooperative founded in the Zairean era as CODEZA," Christoph Vogel, a security and political analyst on the DR Congo, told DW.

According to Vogel, who closely monitors the practices of various rebel groups in the region, in the earlier Ituri conflict, the organization had already attracted attention because of its proximity to the FRPI militia, which, in alliance with other groups, carried out massacres of the Lendu ethnic group. But for a long time, not much was heard about CODECO. 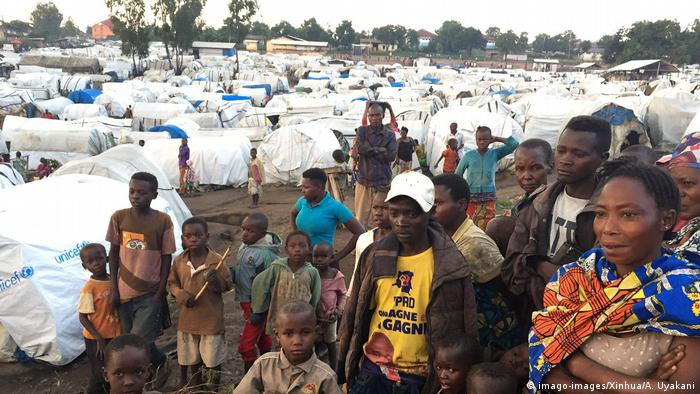 Today, the hierarchies and backers are difficult to see understand for the outside world.

"CODECO is a structure without a head or tail that is constantly redefining itself," Jean Bamanisa Saidi, governor of Ituri Province, told DW.

For local people who want to gain influence, it is therefore easy to recruit and use a militia for their own political goals. "There are some people who think that if you manipulate an armed group, you can sit down at a table afterwards to negotiate posts," the governor said without mentioning names.

Successful conflict resolution is also about learning from past mistakes. Congo expert Christoph Vogel said. He called for a "sustainable and reasonable plan" for the reintegration of the fighters, which goes further than before.

There have been very expensive programs implemented by the government in cooperation with international donors and the United Nations. However, what was lacking is that the combatants were in most cases taken out of the armed groups, but not fully reintegrated into society and provided with jobs.

The rifts between the ethnic communities that have grown in past conflicts must also be overcome. Congo's President Felix Tshisekedi, who has been in power for almost a year and a half, brought in Germain Katanga and Floribert Ndjabu, two Lendu militia leaders from the Ituri war at the turn of the millennium, to help resolve the conflict. 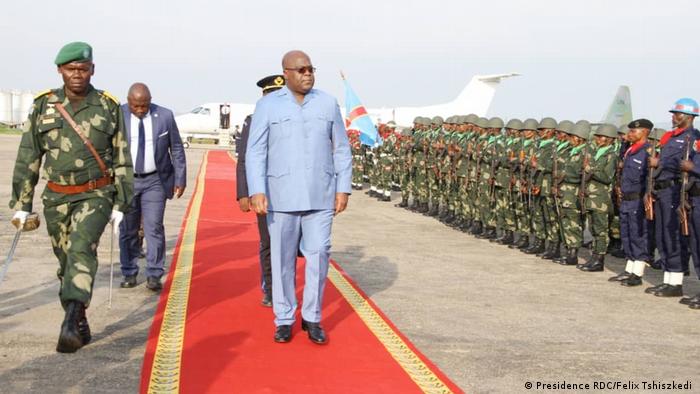 Christoph Vogel sees this ambivalently: "On the one hand it is undisputed that the big string-pullers — be it Lubanga or Katanga — still have well-functioning networks with the armed groups, in politics and business. On the other hand, one can never say exactly what interests they pursue."

Observers and politicians agree that the current entanglements call for a comprehensive approach that focuses on both local structures and global inter-relationships. Governor Jean Bamanisa Saidi points to an active arms trade via neighboring Uganda. "There are also people who cross the border, people who come here to give courses on terrorism. Because what happens here is terrorism. But people are sometimes hired here as well to carry out similar attacks in Uganda."

Vogel noted that other crises — for example in North Kivu around the city of Beni or in the Masisi region — have also flared up anew. At the same time, he referred to a "political shadow boxing" in the capital Kinshasa, between Tshisekedi's government and a coalition which backs former President Joseph Kabila. 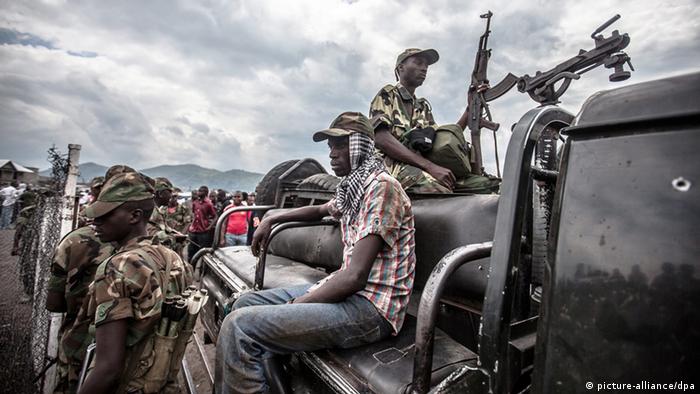 Numerous militia groups are fighting for control in eastern DRC

"There is a lot of trench warfare, the politicians are mainly concerned with themselves and their respective opponents. In terms of conflict resolution in eastern Congo, not much has happened except for military operations," he said.

Talking to DW, Governor Saidi called for new international troops to help the Ituri people out of their predicament. However, soldiers alone will hardly be enough to bring lasting peace to eastern Congo.

Rape as a weapon of war in DRC

Fréjus Quenum contributed to this report

The atmosphere between Kinshasa and Kigali is explosive, with the two governments trading blame once more over brutal rebels. Experts say the longstanding dispute will persist until past issues are resolved.