According to unverified videos, youths in Bunia carried the severed head of a woman through the streets. The message: They want an end to the violence. The government, however, denies that these videos are real. 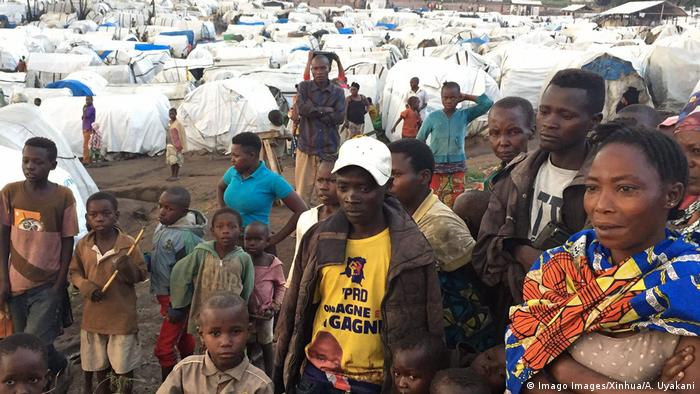 A macabre, but necessary, wake-up call for the government is how many Congolese described the protests in the provincial capital Bunia. Last week, five decapitated bodies were found in the nearby area of Mwanga. All of the victims belonged to the same family. Carrying the head of one of the victims, youths took to the streets, calling on the government to take concrete measures against the bloodshed.

Ituri has in recent months been in a constant state of insecurity. Rights groups say rebel groups control large areas and have instilled fear amongst the population. The conflicts between the different rebel groups and state security forces have flared up repeatedly over the past 20 years.

According to rights groups, over 60,000 people, mainly civilians, have been killed in the fighting. In recent months, the armed groups have been spurred through the ethnic divisions between the Hema and Lendu. In mid-June, the violence surged, causing thousands of people to flee their homes and find shelter in internally displaced persons (IDP) camps and neighboring Uganda.

Only three weeks ago, a heavily guarded President Felix Tshisekedi visited Ituri province. He declared that the security situation in the province, more than 3,000 kilometers (1,864 miles) away from the capital Kinshasa, was under control. State media proclaimed that Tshisekedi was bringing a message of peace and love to the victims of the crisis.

DRC's deputy prime minister, Basile Olongo, who is in charge of internal security, was one of of the politicians who accompanied Tshisekedi on his visit. In an interview with DW, Olongo criticized the recent reports about the protests. "There has been an exaggeration of the events that unfolded in Ituri. The videos that are being shared through social media have been doctored. You can't tell me that heads are walking through the streets," he said. "Everyone is speaking about severed heads," he continued, "but nobody is speaking of the IDPs who are returning to their homes." It's a fact, he told DW, that the situation in Ituri is improving. 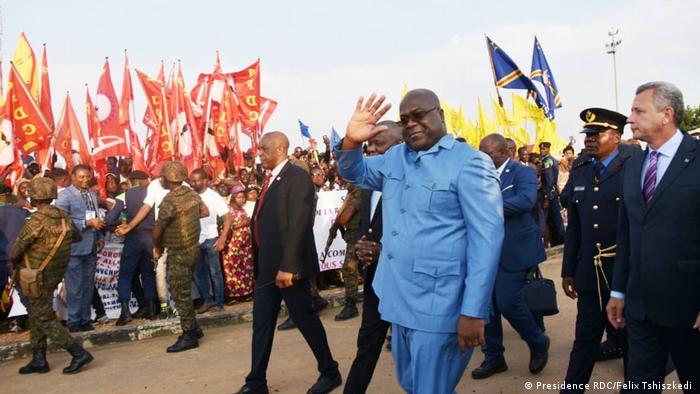 Responding to Olongo's comments, civil society members reacted in disbelief. They condemned the government for what in their eyes is a disregard for the local population. "The one thing that we have been calling for, for years, is for the government to protect the civilian population of Ituri, but nothing has happened," said Dieudonne Lossadhekana, interim coordinator of the civil society of Ituri.

Many users of DW's French language service were also critical of Olongo's interview. "Olongo is wrong. The state is extremely weak. We believe the state has lost and we've been left to fend for ourselves," one user wrote. Another user wrote: "Tshisekedi is using the same arguments as Kabila. Nothing has changed in terms of security."

The International Criminal Court is to hand down a verdict in the trial of a former Congolese general on Monday. Bosco Ntaganda has been charged with crimes including using child soldiers and rape. (05.07.2019)

Experienced technocrat to head government of the Democratic Republic of Congo

The DR Congo has a new prime minister: Sylvestre Ilunga Ilunkamba. Who is this head of government, who was chosen as a compromise between the former and the current presidents? And what can the Congolese expect from him? (21.05.2019)