Over 2,230 people have been infected with Ebola and at least 1,510 have died over the past year. "We know how to address the crisis," says German church-based NGO Difaem, "but the unrest is making this impossible." 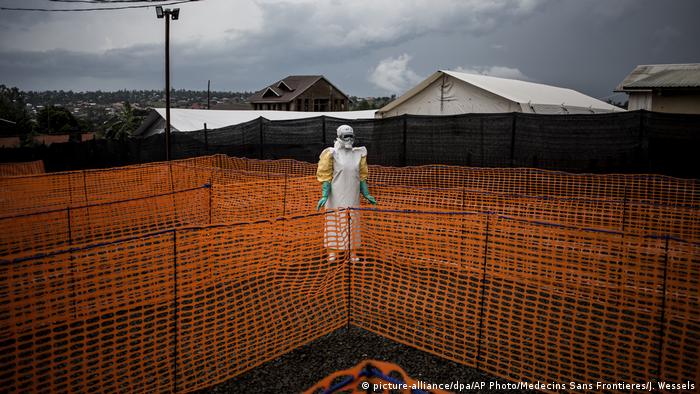 Previous Ebola outbreaks in the Democratic Republic of Congo (DRC) usually lasted just a few weeks or months. But the current epidemic in the country's northeastern North Kivu and Ituri provinces has raged on for over a year. This is mainly due to the presence of militia groups and frequent fighting in the affected region.

"In Ituri and North Kivu, you've had 20 years of simmering conflicts, violence against women and displacement. Most people have suffered a lot more as a result of the fighting and the violence rather than from the Ebola epidemic," says Gisela Schneider, director of Difaem, a German NGO which has been working with local church-based health organizations in the region for several years. "This is a highly traumatized society, where people simply have no trust in state institutions," she said in an interview with DW.

Schneider visited eastern DRC in March this year to help the clinics and hospitals with which her organization works to develop and implement hygiene measures, as well as assess what help is needed in the outreach programs, under which community health workers visit villages to raise awareness and create an understanding of the health crisis. 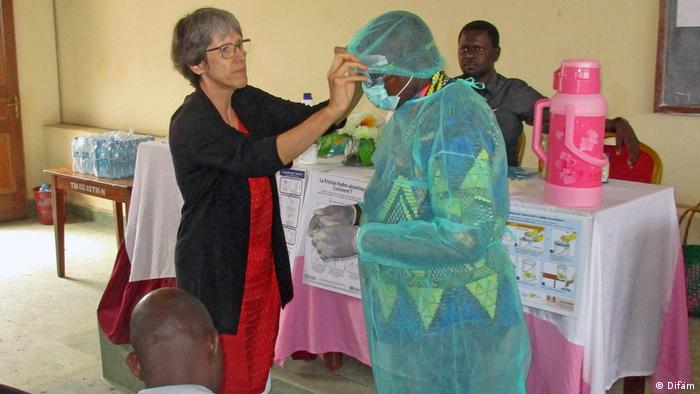 The lack of trust in both the state and any outside intervention has made the work of the health workers very difficult. There have repeatedly been reports of health workers being attacked, both by militias and by local communities. This week the World Health Organization (WHO) halted its operations in the town of Beni until the situation calms down, after one of its drivers was attacked by an angry mob. He was severely injured and his car was burnt. A Cameroonian doctor working with WHO was killed in April 2019 in Butembo.

"We must manage to bring the message across that this is not a conspiracy," Schneider said. The organizations with which she works go into the villages, teaching people how to protect themselves from the virus, for example by washing their hands regularly, seeking medical help when needed and  carrying out safe burials.

So far they have not experienced any attacks. It is dangerous but, like most community workers, they have no form of security. Some of them go to the villages on foot, Schneider told DW, so as not to draw too much attention to themselves. "The key is to go in with teams that speak the local language and who have close ties to the community. These people can do this sort of work because the people know and trust them." 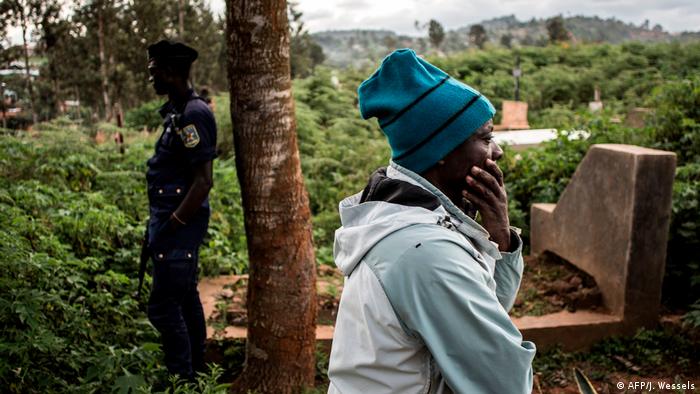 The affected region is located near the border to Uganda, Rwanda and South Sudan and DRC's neighboring countries have for the past year been on alert. In mid-June a 5-year-old boy, together with his brother and grandmother, crossed into Uganda from DRC with the virus. They were immediately admitted to an Ebola treatment unit and died a few days later.

Like DRC, Uganda has experienced and managed to control several smaller Ebola outbreaks. The Ugandan authorities were prepared for the situation, they have trained their personnel and they had already vaccinated over 4,700 health workers with a new vaccine. On June 25, the German government announced that it had sent an epidemic prevention team to Uganda. On the request of the Ugandan government, the team would, among other things, help with the transport of suspected Ebola samples from local health centers to the national laboratory.

The main concern for the Ugandan authorities is the large numbers of refugees who have been fleeing the fighting in eastern DRC over the past few months. Since the start of June, around 7,500 new arrivals have crossed to Uganda. Clashes between two ethnic groups, the Hema and the Lendu, are the main source of the problem. Many of those who fled speak of attacks on their villages, torching and looting, according to the UN. Within DRC, camps sheltering internally displaced persons have also received large numbers of new arrivals.

"This epidemic should be a wake-up call," says Schneider. "We should all do everything to achieve peace. We have the medical intervention, we have the vaccines, we know how to sensitize people... everything is in place but they can't be made use of in a conflict zone."

Dealing with the basics

The lack of trust and the insecurity have had another effect on the development of the epidemic. With 1,510 deaths, the fatality rate is still at 67%, even though up to 140,000 people have been vaccinated against the virus. That is higher than the mortality rate in the 2013-2016 West African Ebola crisis at a comparative point in time. The West African crisis left over 11,000 people dead. The vaccine was developed as a response to that crisis and experts are now also discussing the use of a second vaccine.

"The reason [for the high fatality rate] is that people come to the treatment centers too late," Schneider told DW. "They're scared of revealing their identities and it is therefore difficult to trace their contacts and the people they might have infected."

The outstretched nature of the epidemic has left its mark on the already poor health system in place in the region. "When I visited some of these centers in March, people told me that they expected the outbreak to last three to four months," Schneider said. "You need an enormous amount of resources to respond to such a long crisis."

The clinics need everything, from a supply of clean and chlorinated water to wash hands, to protective gear to stop the spread of the virus. "We're talking about human capacities as well as practical items such as gloves, because it doesn't look like this epidemic will end any time soon."

Schneider plans to go back to DRC in July to assess the Ebola situation and also help the health centers to provide general medical care, which has suffered as a result of the epidemic.

Talks in Kenya between the DR Congo government and rebel groups were aimed at ending violence. But few observers believe fighting will cease. Some notable rebels were not even present. So why do the Nairobi talks matter?