Three cases of Ebola have been confirmed in Uganda; a boy has died. Uganda is confident it can contain the virus using an Ebola vaccine, but experts fear that there could be more undetected cases. 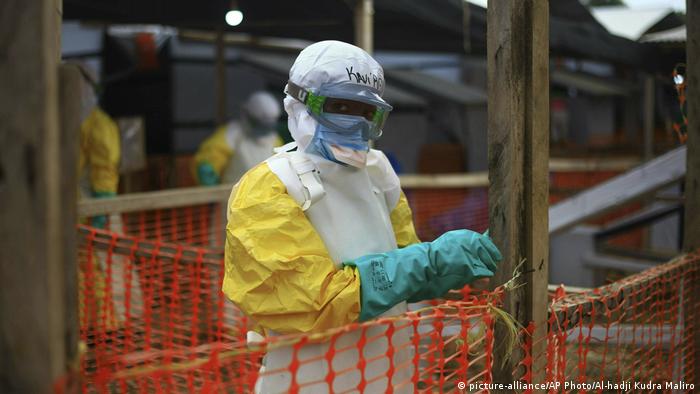 Ebola has reached Uganda. A 5-year-old boy vomiting blood has become the first cross-border victim of the virus; another two family members tested positive for the highly contagious disease that has killed more than 1,400 in Democratic Republic of Congo (DRC). Uganda's Minister of Health Ruth Acieng confirmed the existence of Ebola in the area. "We have three confirmed cases here in the Ebola treatment unit; the 5-year-old who tested positive passed away. Right now his grandmother and his brother have also tested positive, bringing us to a total of three confirmed cases. We have seven suspects." The Congolese boy and his family sought medical care at Kagando Hospital after entering Uganda through the Bwera border post.

Congo's health ministry said a dozen members of the boy's family had shown symptoms of Ebola while in DRC. They were told to remain where they were staying until transport was found to take them to an Ebola treatment unit in Beni, Dr. Dominique Kabongo, coordinator of the Ebola response teams in Kasindi, told AP. Despite this, half of the family quietly crossed into Uganda, while five of those who remained have tested positive for Ebola since being taken to Beni, the health ministry said. 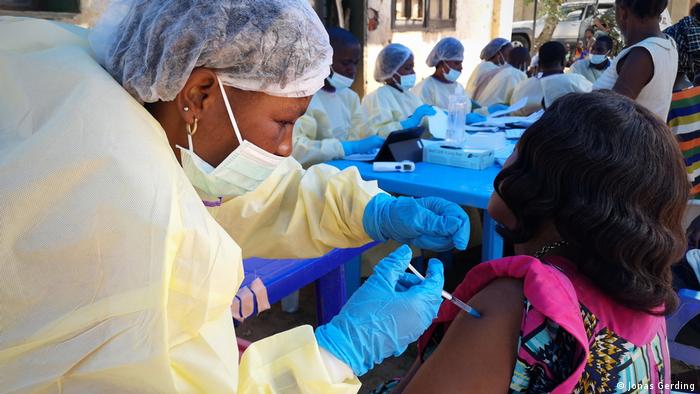 Medical professionals believe that there might be other cases, as many people are crossing into Uganda from DRC using unofficial border points. They are fleeing due to rebel activities in eastern DRC, hampering virus containment work. Francis Iwa, the executive director of the NGO Care For Forced Immigrants told DW that many people use the dense forests on the borders between Uganda and DRC to cross. "The authorities in DRC block access for these individuals through designated entry points where there are screening facilities for Ebola," he told DW. "It forces many individuals to cross into Uganda through porous entry points. That's a problem as you cannot track who is coming into the country."

Ugandan health teams "are not panicking," says Henry Mwebesa, a physician and the national director of health services, who cites the country's experience in battling previous outbreaks of Ebola and other hemorrhagic fevers. "We have all the contingencies to contain this case," Mwebesa told AP, adding that it would not go beyond the existing patients' family. The virus can spread quickly via close contact with bodily fluids of those infected and can be fatal in up to 90% of cases. Brechtje van Lith, Save the Children's country director in Uganda, said: "Ebola is a horrific illness that ravages the human body. This first death, of a child, is a sickening reminder of the dangers of this disease." 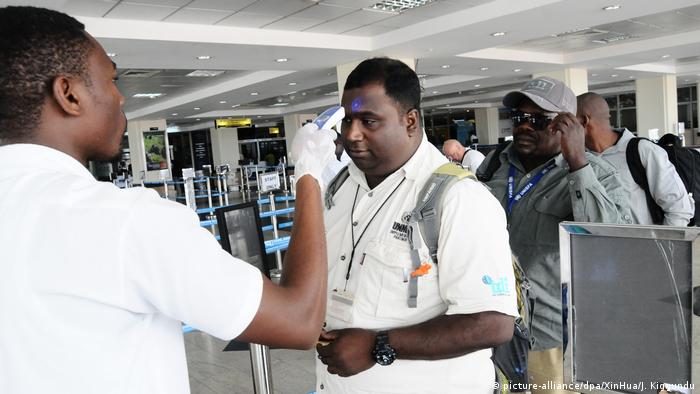 Ugandans travelling from the capital city Kampala to the Kasese district told DW that they feel people need to be taught more about Ebola. "I can say the government does not put much emphasis on health matters in Kasese, so we have to wake up as Ugandans because this is our country," one person said. Another commented: "I feel so scared because it is a disease which is so strange. You may not even detect that you are suffering from Ebola unless you are told. The government should put awareness to the public and sensitize them on the signs and symptoms of the disease."

The district administration and local councils in the affected area have been directed to ensure that any person with Ebola signs and symptoms in the community is reported to health workers and provided with advice and testing. The Ministry of Health said it would set up units in the district and at referral hospitals to handle cases if they occur. Also it will undertake vaccination for those who have come into contact with the patient and health workers at risk who were not previously vaccinated. 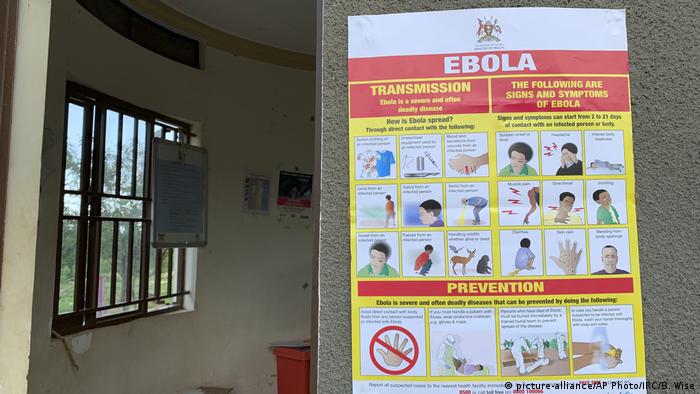 Uganda is taking measures to contain the virus

Zabulan Yoti, director for health emergencies at the Africa regional office of the World Health Organization, is optimistic. "Frontline health workers in the district where they reported the cases were vaccinated. The awareness among them is very high. That's why they were able to identify these cases quickly, which is not usual because there are other febrile illnesses which look like Ebola and are more common, like malaria. But apart from the vaccination, awareness and using the right protective equipment, we need to work more with the communities."

Yoti believes that Uganda has the capacity to stop the virus from spreading. Multiple outbreaks have occurred over the years. An outbreak in the north in 2000 infected 425 people, killing more than half. Yoti told DW in an interview: "Let there be no panic because we have done it before. We'll continue learning. The last two outbreaks in Uganda took about three months which is normal, and we were able to contain it in record time. The virus didn't spread any farther because of the capacity we have. This particular outbreak, I think we can control it."

Uganda is using an experimental but effective Ebola vaccine, with more than 130,000 doses distributed. Uganda has vaccinated nearly 4,700 health workers so far. Aceng said in a statement that "the ministry would like to assure the public that the vaccine is safe and effective and contacts for frontline health and other workers identified for vaccination should willingly take the vaccine for their own and family protection." She added that Ugandans can be assured that "with expertise and experience available in the country and the over ten months of preparedness, the disease will be contained."

As a reaction to the latest development, Rwanda's government said it would tighten border surveillance in the area bordering Uganda and DRC.