Kinshasa's parliament is expected to pass a vote of no confidence against DR Congo's prime minister. It's President Tshisekedi's latest attempt to rid himself of an onerous coalition. But his problems are far from over. 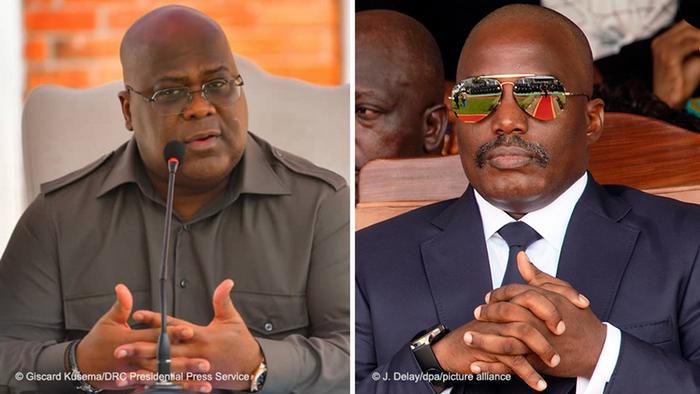 The vote, which is expected to take place on Wednesday, will likely force the government's collapse and mark the final death blow to the coalition Tshisekedi formed with his predecessor, Joseph Kabila, two years ago.

The president's hostile move took many observers by surprise. "In October, nobody would have bet that Tshisekedi would be able to stand power relations on their head in just three months' time," Onesphore Sematumba from the International Crisis Group (ICG) told DW from Goma. "He showed himself unexpectedly to be a political strategist."

Tshisekedi won the presidency in DR Congo's hotly contested December 2018 elections, a poll fraught with irregularities. He went on to forge a coalition with his defeated predecessor, Kabila, whose party, the Common Front for Congo (FCC), won a majority in both the National Assembly and the Senate. 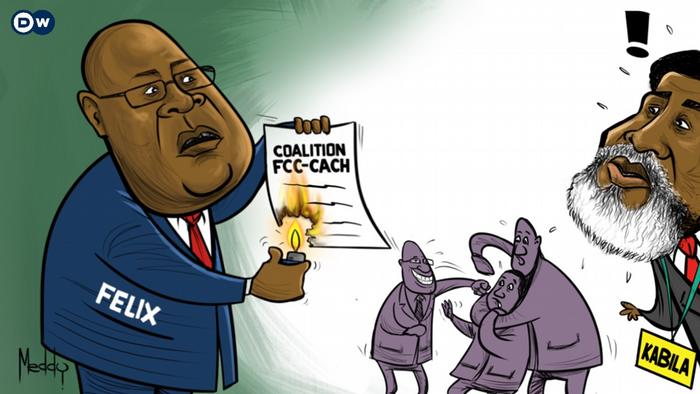 Last month saw Tshisekedi create the "Sacred Union of the Nation" — a new political grouping whose main aim was to sideline the FCC by forming new parliamentary majorities. Tshisekedi managed to persuade several parliamentarians to defect from Kabila's party.

While he has proved himself a master strategist, Tshisekedi now faces some daunting challenges. He explained that his initiative was necessary to end to a permanent and paralyzing government crisis and allow DR Congo to proceed with necessary reforms. However, the new coalition is still made up of old politicians.

"It remains to be seen whether he can keep this new alliance together, because it is a very fragile majority," says Sematumba. "It is based on personal interests and not on a common vision for the public good."

If successful, Tshisekedi would theoretically be able to nominate a Cabinet of his choosing after two years of Kabila's allies dominating all major ministries. This would notably include a new head of the electoral commission and a new central bank board — a precondition from international donors if DR Congo wants to receive much-needed financial assistance, as analyst Phil Clark from SOAS Univeristy of London points out. 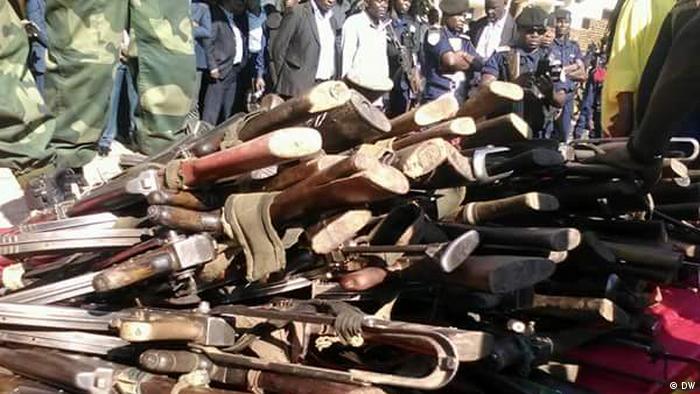 There are fears that Katanga secessionists might exploit the tense situation

A risky game for Tshisekedi

However, with Kabila's allies still very much in control of the army and police forces, the president faces another potentially big problem.

It also remains to be seen how Kabila will react to Tshisekedi's power moves. The former president was perceived as trying to hold on to power with the hope of making a comeback in the next elections in 2023.

"He is not going to take this lying down," says Clark. "Kabila has some very powerful cards that he can still play. He and his family still have significant finance at their disposal, and they still have some very important allies inside the Congolese parliament."

Analyst Sematumba does not believe it would be in Kabila's interests to stir up trouble if he plans to make a comeback in the near future. But a stable political situation is still far from assured.

"There are some worrying signs," says Sematumba. "Since [Kabila] went back to the Katanga Province, tensions there have been mounting."

Some secessionists have openly declared Kabila as their leader. There have also been attacks against Kasaians of Luba origin — Tshisekedi's ethnic group.

"The tensions are not new," Sematumba explains. "But they are building up now that Katangans see the the rejection of Kabila as a humiliation for Katanga."

The Katanga region has a long and troubled history: The State of Katanga was originally a breakway state of the former Republic of the Congo from 1960 to 1963. Although it was reintegrated into DR Congo, many residents in the region feel alienated from the rest of the country and disgruntled over what they consider to the exploitation of their vast resources — including cobalt and copper — to enrich the rest of the country. Militias such as the Mai Mai Kata Katanga remain active as part of the Katanga insurgency.

So while Kabila himself does not seem particularly interested in sowing domestic discord, the tense situation could potentially be exploited by secessionists.

Meanwhile, many other people around the country are watching the events unfold with limited interest, analyst Clark says: "I think there's a realization that in many respects this isn't changing the real nature of power in DR Congo."

Sematumba agrees: While people in Kinshasa, who grudgingly tolerated Kabila when he was in power, might feel some relief at the FCC's departure, the majority is more preoccupied with the security and economic problems plaguing the huge country.

"There is a kind of division and lack of closeness between the east and the west of the country," Sematumba explains. "Except when the RDC's Leopards win a match against Nigeria or Congo Brazzaville at the Africa Cup of Nations."

DR Congo President Tshisekedi wants to end a two-year power-sharing coalition with ex-President Joseph Kabila's faction, which stalled many of Tshisekedi's much-touted reforms. But he is already facing major headwinds.