The runner-up in the presidential election in DR Congo, Martin Fayulu, has said he was the real winner in the contest and called for protests. But a high court ruling said the challenge was "unfounded." 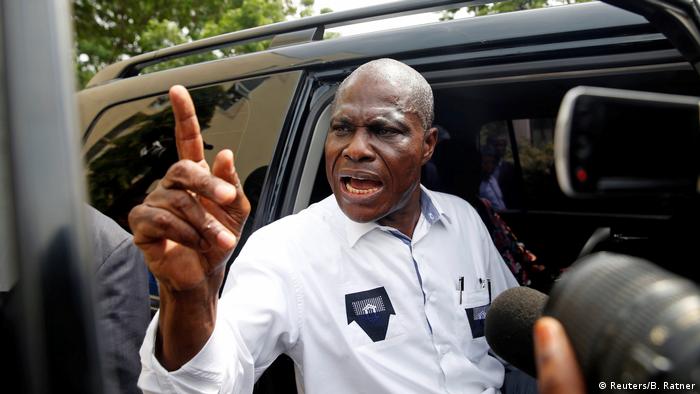 In the verdict, the court also rejected a request to carry out a recount and declared Tshisekedi "President of the Democratic Republic of Congo by simple majority."

The ruling comes shortly after the African Union had asked Congo to delay announcing the final election results, casting "serious doubts" about the vote. A visit by a high-level delegation scheduled for Monday was postponed following the court decision.

On January 10, DR Congo's Electoral Commission said Tshisekedi had provisionally won with 38.57 percent of the vote against Fayulu's 34.8 percent.

Fayulu had denounced the figures and called the results an "electoral coup," which he said was forged by Tshisekedi and President Joseph Kabila.

Upon hearing the top court's decision, Fayulu remained defiant and declared himself president.

"I ask the entire international community not to recognize a power that has neither legitimacy nor legal standing to represent the Congolese people," he said in reference to Tshisekedi, declaring himself "the only legitimate president."

Fayulu called for nationwide protest in rejection of the court's decision.

Tshisekedi's supporters celebrated the ruling in the streets of Kinshasa on Sunday.

The African Union says "serious doubts" remain over Democratic Republic of Congo's election results. The AU isn't alone in expressing qualms about the outcome of the presidential election. (18.01.2019)

The ruling coalition of outgoing DRC President Joseph Kabila has retained its majority in the national assembly. The result reduces the chances of dramatic reforms under president-elect Felix Tshisekedi. (12.01.2019)