Felix Tshisekedi has won Congo's presidential election, the election commission has announced. Tensions were high ahead of the delayed results from the long-anticipated vote to replace President Joseph Kabila. 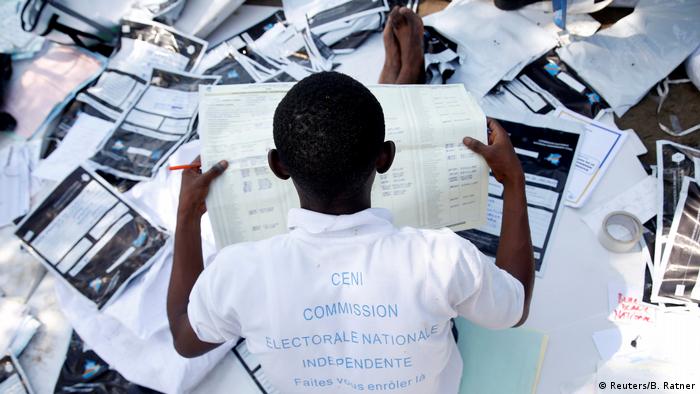 Early Thursday, the electoral commission announced that Tshisekedi had won. He received more than 7 million of the 18 million votes cast (38 percent), the commission said. 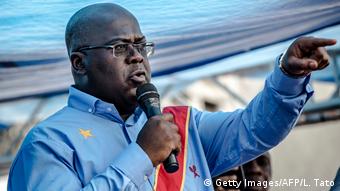 Felix Tshisekedi has been named the provisional winner

Fayulu, who led in the polling, received 6.3 million votes and Shadary received 4.4 million.

"Felix Tshisekedi is provisionally declared the elected president of the Democratic Republic of Congo," said Corneille Nangaa, the head of the Independent National Election Commission (CENI).

'The president of all Congolese'

Shortly after the results were announced, Tshisekedi paid his respects to outgoing President Joseph Kabila, describing him as "an important political partner".

In his home neighborhood of Limete, thousands of people danced in the streets in celebration and chanted that the president-elect had "turned the page" on the Kabila era.

Runner-up Fayulu told DW he believed the election results had been falsified and that he "cannot accept that the wishes of the people will not be respected."

Maitre Aime Kilolo, a spokesperson for Shadary, said that the pro-Kabila candidate would make his comments on the election results later in the day.

"We must have clarity on these results, which are the opposite to what we expected," Le Drian told French broadcaster CNews.

Belgian Foreign Minister Didier Reynders also questioned the results and said Belgium would use its temporary seat on the UN Security Council to seek clarification about Tshisekedi's win.

"We have some doubts that we need to check and which will be debated in the coming days in the Security Council," Reynders, whose country was Congo's former colonial power, told Belgian public broadcaster RTBF.

On Wednesday, people in the capital Kinshasa went home early and locked their doors, while police were deployed in strategic locations in anticipation of protests and clashes in reaction to the results of the December 30 poll. Opposition and activist groups had urged people to be ready to protest on the streets if the results didn't match "the truth of the ballot boxes."

Read more: Congo at a crossroads: Waiting for election results

Long-delayed and widely anticipated, the election had the potential to be either the mineral-rich central African country's first peaceful democratic transfer of power since gaining independence from Belgium in 1960, or a trigger-point for renewed violence. Kabila had put off the vote for two years after the end of his final term in office, prompting clashes which led to dozens of deaths.

Delays and an internet blackout

The country's influential Catholic Church signaled last week that it knew who had won, having gathered data and recorded infringements of election rules on polling day. If the Church were to contradict the official results, that would put pressure on authorities. 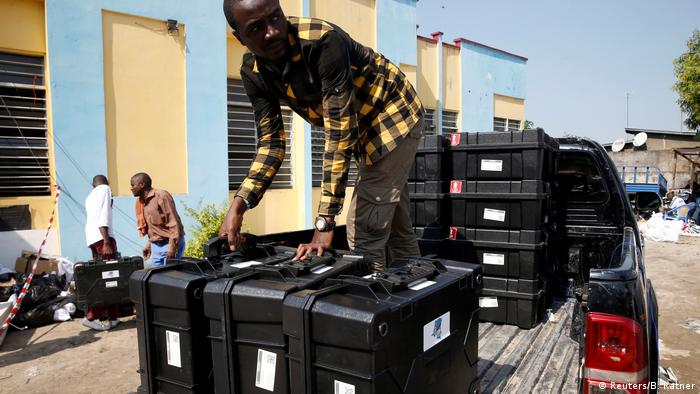 The announcement of the results has been delayed several times

Election day was hampered by delays and irregularities including an internet blackout, polling booths opening late, and voting being postponed to March in three regions considered opposition strongholds. The electoral commission said this was due to an Ebola outbreak and violence there, but it means about a million people have been disenfranchised because the new president is due to be sworn in this month.

Many in the country fear a repeat of the bloodshed that marred the previous two elections in 2006 and 2011, both won by Kabila, should doubt arise surrounding the results.

The United States has deployed troops to neighboring Gabon to provide security to US citizens and diplomatic facilities in the capital Kinshasa if needed.