Trump has been condemned after recent verbal attacks on the Muslim parents of a fallen soldier. But many of his followers barely notice any of it, says DW's Ines Pohl. 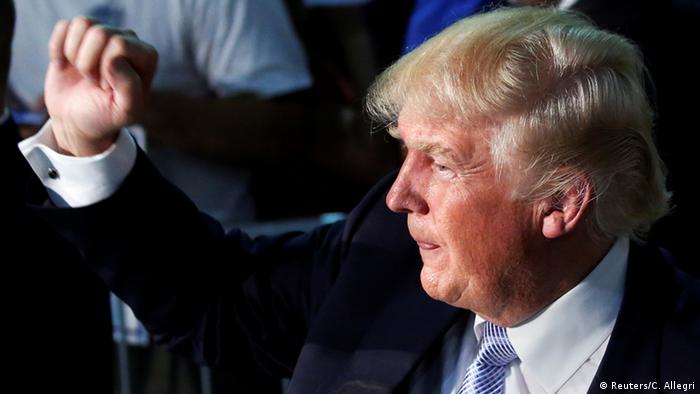 The Washington Post speaks of an outrage; the New York Times went as far as calling it an extreme crisis. Even liberal TV channels such as MSNBC and CNN seem to focus only on one main issue these days: how could Donald Trump have dared to insult the parents of an American soldier who had died in combat in Iraq?

Without prejudice, Trump's total lack of respect and empathy appears to be taking on exceptional facets in this instance - even by his very own standards. This might be down to the fact that the Muslim couple really managed to hit the Republican presidential candidate hard, lashing out at him directly during the Democratic National Convention for never having sacrificed anything for the United States. They juxtaposed Donald Trump and his recurring rhetoric demanding a categorical ban on Muslims entering the US with the ultimate sacrifice they and many other Muslim and other immigrant families have had to endure: the life of their beloved child.

Criticism among his own ranks

Trump's aggressive response goes to prove that there is no reflection or self-control to his remarks when he feels like he's being pushed into a corner. His dangerously thin-skinned behavior was mainly highlighted by his tweets, which even seem to have gone too far for many top-ranking Republican politicians. The list of leading Republican lawmakers coming out in support of the Khan family (and therefore against Trump) is long and impressive: from the Speaker of the House, Paul Ryan, to former Florida governor Jeb Bush to former Republican presidential candidate John McCain. Not to mention incumbent US President Barack Obama, who was surely not going to miss out on such a good opportunity to criticize his political contender. 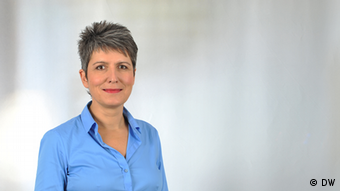 Donald Trump's tactless comments coincided with another series of statements he had made on the same weekend, which exposed his utter ignorance when it comes to foreign policy issues. In a television interview with ABC news, Trump had said: "Putin is not going into Ukraine, just so you understand. You can mark it down. You can put it down."

Oblivious as he seems to be, one could easily feel embarrassed for him.

Sending shockwaves across the GOP

Not only was the political establishment in Washington alarmed by Trump's clueless remarks, but leading Republicans were also forced to acknowledge who this man trying to get into the White House under their banner really is.

However, none of this is likely to change attitudes among Donald Trump's loyal supporters - mainly because the vast majority of voters will never hear a word of these blunders. The media landscape in the United States is too compartmentalized for such news to reach the audiences that matter most:

In television, there is the far-right news channel Fox News, which has given the Khan family minimal coverage, and which seems to deliberately position itself as the polar opposite to all other news outlets. In radio, there's the strongly left-liberal news network NPR, which also seems to be juxtaposed to most other radio stations in its own way. Newspapers meanwhile are either facing extinction or managing to only reach their target audiences of the educated elite, with liberal publications such as the New York Times and the Washington Post leading the way. Only few among them are likely to vote for Trump anyway. 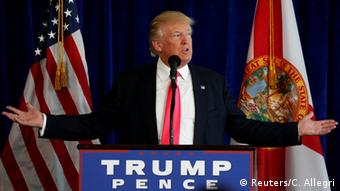 An echo-chamber of self-reference

Meanwhile social networks such as Facebook, Twitter and others only provide a microcosm that reflects the user's own chosen beliefs, where hopes and fears and their corresponding assessments are never questioned but rather multiplied in an endless echo-chamber of self-reference. There is no space to critically evaluate one's own convictions in such a place.

This election year in the US is beginning to show what happens to a country when it reduces itself to a loose association of parallel worlds where there are no shared platforms left to address political differences and conflicts anymore. Whatever little is left seems to be far more interested in scandalizing the nation's differences rather than looking for any sort of lasting solutions.

Muslims in the US military face pressure to prove their loyalty

Donald Trump has sparked a backlash after criticizing the parents of a slain Muslim American soldier. It’s another reminder of the challenges faced by Muslims in the US military. (01.08.2016)