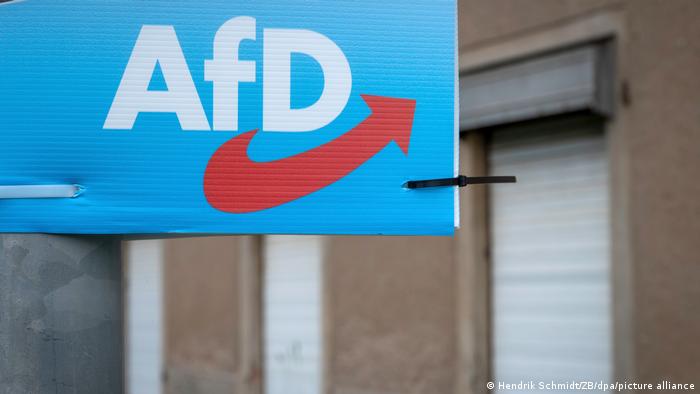 Jörg Meuthen's decision not to run again as head of Germany's far-right Alternative for Germany (AfD) in December has left the party where it was always going to end up: at the very outer fringes of Germany's right, stuck even deeper in its trench of nationalism, without political friends, playing to a hard core of voters who have no problem with being dismissed as Nazis by the rest of Germany's political world.

The 60-year-old Meuthen has often been described as a "moderate" in the AfD, but up until just a few years ago he was at home in its darker edges: In 2017, he defended the notorious "Dresden speech" by Björn Höcke, in which the party's most hard-bitten firebrand demanded that Germany conduct a 180-degree turn in its "commemoration culture" about the Holocaust. 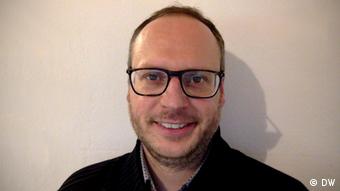 Nor was Meuthen above using the kind of grotesque rhetoric that Höcke would have been proud of. In 2018, taking to Facebook to complain about a gym that refused to honor his membership contract, he drew comparisons between this experience and what Jewish people had to endure in Germany in the 1930s.

Meuthen's crime against the party he led was not exactly that he was too "moderate," but that he would not defend to his dying breath Höcke's ultranationalist "Wing" — the informal group in the party that last year had to be formally disbanded after Germany's domestic intelligence agency, the Verfassungsschutz, deemed some of its members beyond the pale of Germany's democratic order.

Meuthen's shift was strategic rather than moral. While in 2017, Meuthen was still describing the Wing as "an important part of the soul of our party," by 2019, he was beginning to distance himself from the more open racism. In 2020, Meuthen was publicly worrying that the Wing was losing the party too many votes.

Now, after the election, he has lost a power struggle against Höcke's two biggest defenders, the AfD's parliamentary leaders Alice Weidel and Tino Chrupalla, who will have felt thoroughly vindicated by September's results: The AfD might have lost votes overall (dropping to just 10.3% nationwide, compared to over 12.6% in 2017) but it consolidated its base in the east of Germany, where it won several direct Bundestag seats and became the strongest party in the states of Saxony and Thuringia.

The AfD has evidently decided it will settle for that: a solid quarter of voters in eastern states who will guarantee the party representation in the Bundestag forever. The problem with Meuthen is that he simply no longer fitted into the story the AfD spins to its eastern voter core: For them, being dismissed as racist helps the AfD — the insult confirms to them not that they are, in fact, racist, but that the AfD feels their pain and the rest of the political spectrum does not understand them.

AfD voters feel patronized by politicians in Berlin who keep wanting to impose new things on them: refugees, lockdowns, vaccines, wind turbines. Each time they hear those words, and the word Nazi, it deepens the divide.

Meuthen's departure crystallizes the strategy the AfD has been steering toward since its inception. The move fits the pattern that the party has established in its internal conflicts: Founding leader Bernd Lucke was ousted by Frauke Petry, who led the party into its first rightward lurch in 2015 and was then ousted by Weidel. The fate of Lucke and Petry, who have utterly disappeared from political relevance, will also confirm to Weidel and Chrupalla that they have chosen the right path.

Still, the AfD once had bigger ambitions than this. There was a time, back in the prehistory of 2013-2015, when the AfD had ambitions to create a genuine coalition of voters to the right of the Christian Democratic Union (CDU). It would be a party that could ally neoliberals with nationalists and make a legitimate play for power in a right-wing coalition. But now the AfD is a total pariah — the CDU is currently too worried about its middle-class base to entertain the possibility of such a partnership. The AfD has nothing left to lose, and no friends but its own voters.

UN's Bachelet arrives in China, will visit Xinjiang 5h ago

Opinion: Russia must be held accountable for Ukraine's reconstruction 22h ago