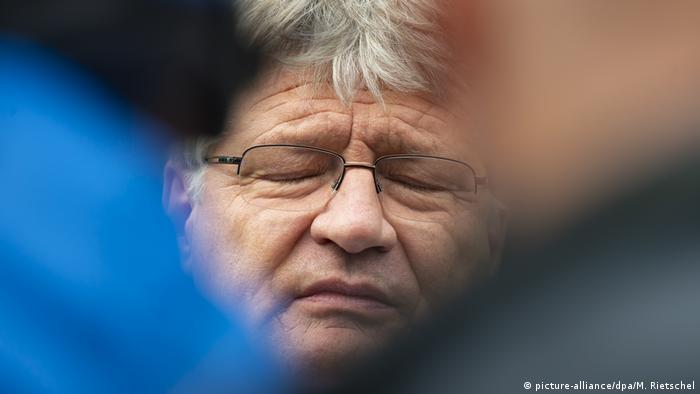 After a long battle over the direction of the populist far-right Alternative for Germany (AfD), co-leader Jörg Meuthen on Monday announced he would not run again for the leadership at the party's upcoming conference in December.

This was not unexpected. The 60-year-old economics professor currently shares the party chairmanship with Tino Chrupalla, a 46-year-old craftsman from Saxony, who joined the AfD in 2015 because of its anti-immigration platform.

Chrupalla leads the AfD's Bundestag parliamentary group together with Alice Weidel, an economist from the wealthy southwestern state of Baden-Württemberg. 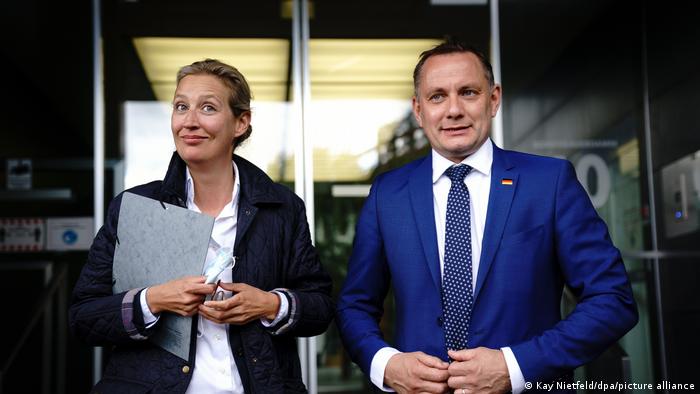 In May, AfD members gave a resounding victory to Weidel and Chrupalla, naming them as top candidates for September's general election.

Meuthen's decision to step down was seen as victory for the AfD's radical fringe, who support the pair. Meuthen, a member of the European Parliament, had been promoting more moderate lead candidates — a plan that failed miserably.

In the general election on September 26, the AfD lost two percentage points from its 2017 result, winning just over 10% of the nationwide vote. It's no longer the largest opposition party in the Bundestag, robbing it of a high-profile role in parliamentary debates and potentially making it less visible in Germany's politics.

At a press conference after the vote, Weidel was quick to allege that the losses were the result of media bias and what she called unfair election campaigning by political competitors.

The split within the party leadership was tangible, with Meuthen and Weidel failing to hide their mutual animosity.

The far-right party was founded only eight years ago on a nationalist and euroskeptic platform, which was amended to emphasize anti-immigration policies in 2015 when Germany saw increased arrivals of people fleeing humanitarian crises. The party's extreme right gained strength, its members promoting racist nationalism and antisemitism. Most prominent among these is Björn Höcke, the party's leader in the state of Thuringia. 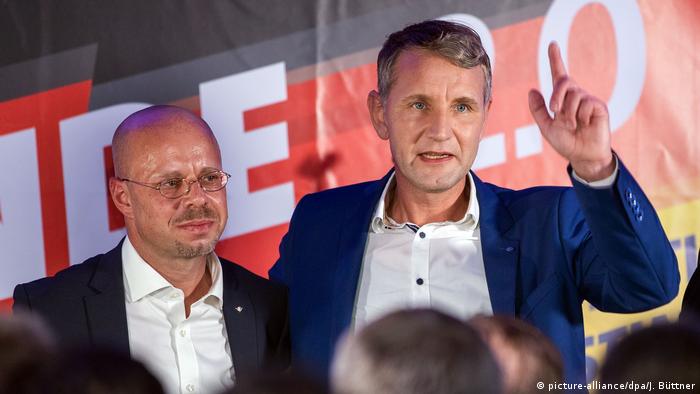 Höcke is the most high-profile figure in the extreme right "Wing," which, according to Germany's domestic intelligence agency, enjoys the support of up to 40% of AfD members. The extreme faction was formally dissolved after it had come under investigation by the agency, which had collected some 1,000 pages of evidence showing what the agency said were its anti-constitutional aims.

Meuthen long attempted to push back against the far-right extremists in the party, sometimes initiating expulsion proceedings against politicians who expressed racist views.

But he failed to remove Höcke — partly because other prominent AfD figures, including Weidel, Chrupalla and former party co-leader Alexander Gauland, argued that the group is vital for the party to maintain its far-right voter base. Gauland once described Höcke as "the center of the party."

Base in the former East

Meuthen's retreat fits in with the fate of previous AfD leaders such as Bernd Lucke and Frauke Petry, who were excised from the party leadership for opposing the party's more extreme factions, and eventually left the party entirely.

Despite a relatively poor national showing, the AfD has entrenched itself as a force in all the states in the former East Germany. In the states of Saxony and Thuringia, the AfD emerged as the strongest party in the general election.

The AfD also tends to be strongest in areas where populations are shrinking. It is often labeled a "protest party," the voice of those who feel "left behind" by western Germany and what it calls the political "elites" in Berlin.

Recently, Weidel and Chrupalla had attempted to focus on the fight against coronavirus mitigation measures imposed by the federal government.

The AfD will elect its new party executive at a two-day federal party conference in Wiesbaden, scheduled to start on December 11. In his letter to AfD members, Meuthen said he hoped they would "make a prudent choice and elect sensible board members."