Opinion: A plea for calm after AfD's Frank Magnitz attacked

A lawmaker for the Alternative for Germany has been assaulted. If an anti-AfD motive is proved, it could increase tensions. We must try to de-escalate and talk to each other respectfully, DW's Jens Thurau writes. 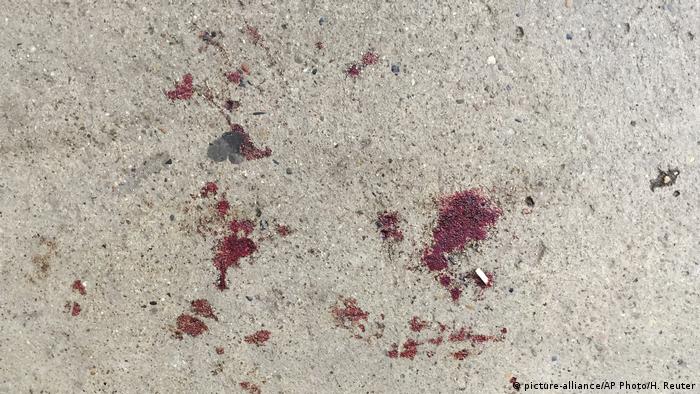 Until recently, Germans had associated violent clashes between political adversaries with earlier eras, such as the 1920s, when worker alliances fought protofascist groups in the streets and many lost their lives.

Now, apparently, Germany is again experiencing such violence. On Monday, Frank Magnitz, the leader of the far-right Alternative for Germany (AfD) in the state of Bremen, was set upon by a number of unknown individuals and beaten up. The seriously injured parliamentarian was later taken to hospital. German politicians across the entire political spectrum expressed shock at the incident. But the AfD (or rather its co-leader Jörg Meuthen) soon published an unedited image of Magnitz's severe head injuries on Twitter. It seems that not even this brutal beating, in the AfD's view, warranted briefly halting attacks on the party's political adversaries. And so, the discussions that ensued after Monday's attack on Magnitz were full of hate.

After a while, almost all German media outlets began covering the attack. By and large, the press does not have much sympathy for the AfD.

Where does such violence begin? And where does it end? All observers agree that debates in Germany's parliament, the Bundestag, have become much shriller and more chaotic since the AfD entered the legislature in 2017. The party has, for instance, broadly and hatefully branded refugees as "subsidized knife-wielding men and veiled women." And Germany's other parties have yet to find a way of dealing with the AfD that calms, rather than escalates, tensions. Indeed, in September, the lawmaker Johannes Kahrs of the Social Democrats lambasted the AfD in the Bundestag, telling members that "hate makes you ugly — just look in the mirror." The far-right parliamentarians walked out of the chamber in protest. Scenes such as these are eerily reminiscent of the Weimar Republic.

One may assume that Magnitz's assailants felt spurred on by Germany's increasingly polarized political climate. Most people, however, are not involved in these heated debates, nor do they want to be. They are appalled by the vitriol. And they stay silent.

It is exactly those Germans who should work to put an end to the political tensions. Schools should play their part, and parents, too. German society has shifted markedly to the right. And what is needed now more than ever is for people to engage in dialogue with one another — about eastern and western Germany, about natives and migrants, about the rich and poor. Establishment parties need to push for debate, and to treat the AfD respectfully, regardless of how fiercely they disagree with its policies. It is unlikely that the far-right party will engage in de-escalation, as illustrated by the way it has dealt with the attack on Frank Magnitz.