A German cinema has offered the free tickets to members of the far-right Alternative for Germany. The theater said it only wants to spur discussion about the Holocaust among a party that has trivialized the event. 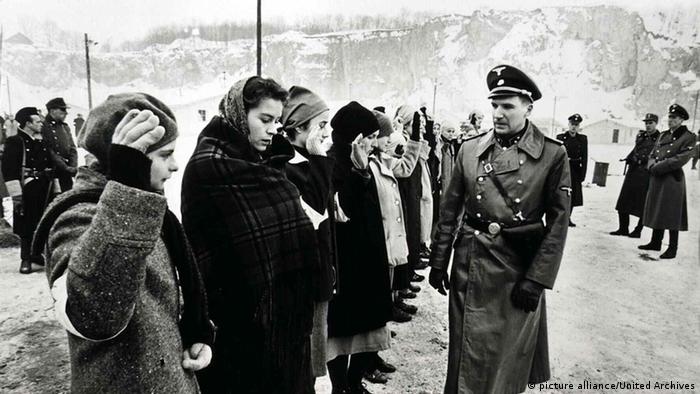 A cinema in western Germany has caused something of a stir with an offer of free entry to showings of Schindler's List to members of the far-right Alternative for Germany (AfD).

The Cinexx movie theater in the town of Hachenburg is set to show the 1993 epic, which depicts some of the horrors suffered by European Jews during the Nazi era, on January 27 – International Holocaust Remembrance Day.

Although the cinema would normally charge an entry fee of €7 ($8) to customers, it extended an offer of free admission to members of the AfD.

That caused a stir, with party members complaining that they felt insulted that their party should be linked to the Holocaust.

The party is best known for its anti-immigration, anti-Islam stance, becoming particularly critical of Chancellor Angela Merkel over Germany's 2015 refugee influx. Leading members of the AfD have repeatedly drawn criticism for comments that appear to play down or trivialize the Holocaust.

The offer was met with disdain by the AfD in the state of Rhineland-Palatinate, where Hachenburg is located.

"We find the fact that the AfD is being linked to the Holocaust, the industrial mass extermination of people of the Jewish faith, to be an unspeakable mistake," the state party told German public broadcaster SWR.

In a statement, the cinema said it had received numerous messages of support, as well as some that were critical of its actions and even threats.

The theater said its aim was not to exclude or defame the AfD, but rather to spur discussion about the Holocaust among members of a party that has trivialized the extermination that occurred under Nazi rule.

"That so many feel so powerfully attacked is not our intention and is incomprehensible to us. We are not saying AfD voters are Nazis. Whether or not you need historical enlightenment is at your own discretion," its statement read.

"In our opinion, however, the AfD's party program strongly suggests a trivialization of the events of that time."

The cinema added that it regularly offers free entry to similar events for different groups of people, such as women, migrants, youth, and church members, among others.

In June, AfD co-leader Alexander Gauland described the Nazi era as a mere "speck of bird shit in over 1,000 years of successful German history."

Another leading AfD figure, Björn Höcke, who heads the party in the state of Thuringia, told supporters last year that Berlin's memorial to the victims of the Holocaust was a "memorial of shame." He said Germany's World War II remembrance culture needed a "180-degree" turnaround to concentrate more on the German victims.

Schindler's List, which won seven Academy Awards, is currently being celebrated on the 25th anniversary of its release.

The film tells the story of Oskar Schindler, who helped save the lives of some 12,000 Jews from the overcrowded Krakow Ghetto who worked in his ammunition factory. However, in more harrowing scenes it also shows some of the atrocities suffered by those who were among 6 million Jews murdered by the Nazis.

Fake Coca-Cola and McDonald's advertisements criticizing the far-right Alternative for Germany are springing up around the country. The punchline? It has forced a number of well-known brands to take political stands. (14.12.2018)

German reporters have learned to avoid being baited by the far-right populism of the AfD, a new OBS study says. Instead, the media is pursuing new investigations into the AfD. (20.11.2018)