Fake Coca-Cola and McDonald's advertisements criticizing the far-right Alternative for Germany are springing up around the country. The punchline? It has forced a number of well-known brands to take political stands. 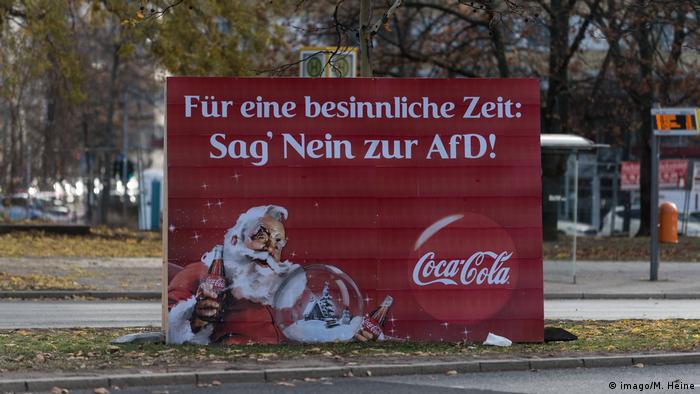 At first glance the posters for Coca-Cola, McDonald's, Nutella and Früh Kölsch beer look like ordinary advertisements. But the accompanying slogans aim not to whet consumer appetites but to take a swipe at the far-right populist Alternative for Germany (AfD) party.

Most of the posters feature puns that aren't easily translatable. But a hoax ad for breakfast spread Nutella that appeared earlier this week in downtown Berlin read "Better brown on your bread than brown in your head" — brown being the color associated with fascism and National Socialism.

To drive home the point, at the bottom of the poster are the words "Against racism, intolerance and the far-right hate-mongering of the AfD!" 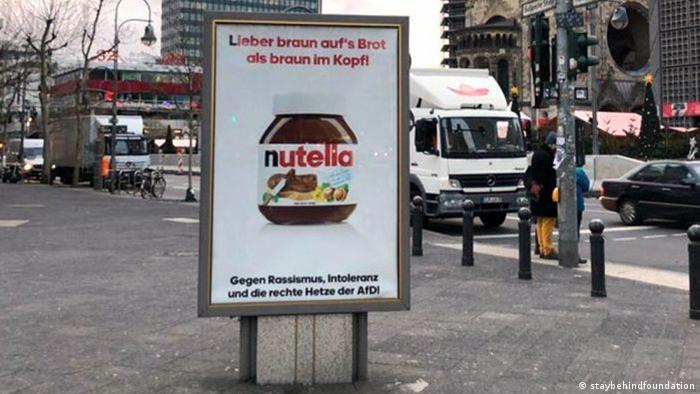 An internet group called the Stay Behind Foundation said that activists associated with their network had been responsible for the hoax Nutella ad. The group's website also offers a downloadable fake AfD poster, made to look like an ad for detergent, on which the right-wing populist party is renamed the "Alternative to Democracy."

"100 percent old-school natural," the poster proclaims. "Purity guaranteed since 1933," referring to the year the Nazis came to power.

The organization takes its name from the term for partisans in war who stay behind the front line of an invading enemy and attack the occupiers from the rear. And the hoax poster campaign has succeeded not only in eliciting chuckles at the AfD's expense but in forcing the companies whose corporate identity has been "brand-jacked" to stake out a position toward the far-right populists.

Not everything goes better with Coke

The first hoax ad was a fake Christmas billboard in Berlin for Coca-Cola featuring the familiar figure of Santa Claus holding bottles of soda, but with the words "For a season of quiet contemplation, say no to the AfD." An internet group called Modus claimed responsibility. The prank was part of #AfDentskalender, a collection of 24 anti-AfD initiatives the group has planned in December.

Coke was quick to point out that the company had not put up the ad, but the company's spokesman also tweeted, "Not every fake is necessarily wrong." Fast-food giant McDonald's also expressed support for a fake ad's anti-racist message while criticizing the "poor imitation" of its corporate identity.

The populists were not amused and sought to counter the hoax with a fake Pepsi billboard and the message "Say yes to the AfD," earning the party a prompt cease-and-desist order from the soft drink manufacturer. And that wasn't the last of the populists' missteps.

AfD members called for a boycott of Coke and began searching for alternatives. Member of parliament Malte Kaufmann posted a photo of himself drinking the German beverage Fritz Cola, reaping scorn as users pointed out that the brand is known for its explicit left-wing politics.

Ultraright AfD regional leader Björn Höcke posted a picture of himself enjoying a Vita Cola with the caption "There's always an alternative" — only for the company to object to being politically instrumentalized and to proclaim its support for openness and tolerance.

That led 24-year-old radio host and comedian Sophie Passmann to comment: "2018 will go down as the year when cola companies took a clearer stand against Nazis than the interior minister." 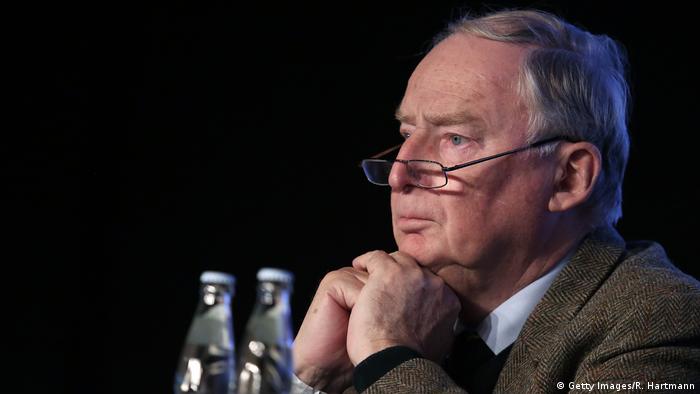 Many of the hoaxes and responses associated with the campaign have gone viral on social media. But when asked for his take on the Yuletide brand-jacking spree, 77-year-old AfD chairman Alexander Gauland's mood turned Grinch-like.

"What am I supposed to think of this?" Gauland said to DW. "It's silly. And wrong. We're not in favor of fake news. I can't judge whether the companies concerned have done enough to prevent this. But of course, we think it's silly."

At least the party won't have to worry about a further blunder with alternative soft drinks.

"On general principle, I don't drink Coca-Cola, said Gauland. "No matter whether ads are directed against us or not."