Opinion: A dark and quiet November looms over Germany | Germany | News and in-depth reporting from Berlin and beyond | DW | 28.10.2020 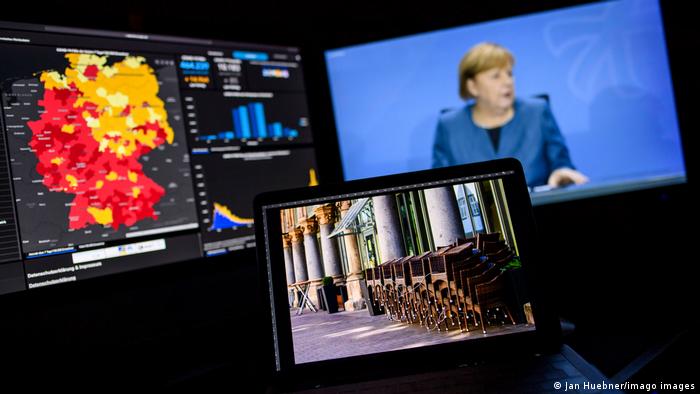 It was bound to happen. For an entire summer, people in Germany were reluctant to believe that the coronavirus pandemic could get as bad as it did in other countries. Most had been able to cope with the restrictions imposed in the spring, apart from the numerous artists, freelancers and bartenders who were hit very hard and who are now already struggling to make ends meet.

But generally, people went along with the pretense. With a show of strength, hospital staff and health authorities were somehow able to give the impression that the worst of it was over. But this was a mistake. The number of infections is now increasing at an alarming pace, which is why the German government and the heads of the different federal states have pulled the emergency brake. We're going into a month-long lockdown — and we'll be waiting as we did in spring.

No need to play the blame game

It would be wrong to look for culprits. This is how this time around differs from March and April. Nobody really knows why the number of cases is increasing so fast. Is it those people rumored to have partied in private homes? Or dozens of young people partying in parks? Would it have made sense to shut down hotels in areas where there were large numbers of infections as some federal states tried to do before the courts reversed their decisions?

There are studies which show that hotel stays make little difference to the number of cases. Nonetheless, some heads of state acted anyway. It's clear that panic in the face of the unknown had already settled in. Even today, the number of infections in Germany is considerably lower than in many other European countries, but there is less confidence now that politicians will take the matter into their own hands and deal with the pandemic in a calm, deliberate manner.

Hotels will now have to accept that in November at least private tourism will be banned. Who would want to travel anyway considering that restaurants and bars are also going to be shut down? As will theaters and concert halls. Big events won't be possible. Even small events will have to be kept at a minimum.

But kindergartens and schools will remain open: One good lesson learned from earlier this year at least. Also, the government has said that it will compensate businesses forced to close with up to 75% of their lost income.

That might cost some €10 billion — but it will be a good investment.

A centenarian's fight against coronavirus

It's going to be a cold and dark November. And this time, perhaps more so than in spring, the best democratic virtue is needed: the public spirit. We need to look out for the weakest in society and try not to go crazy when some people once again start to spin their wild conspiracy theories.

After all, it is neither Chancellor Angela Merkel nor Bill Gates, let alone the leaders of an evil world government, who are responsible for this temporary agony, but a virus that proves every day how dangerous it is.

We have to hope that this quiet November will mark a turn for the better. Nobody can promise this. But right now, we have no other choice but to sit still.