A petition to stop US President Trump's planned state visit to the UK has more than doubled in less than a day. Support for the campaign skyrocketed following Trump's travel ban on majority-Muslim countries. 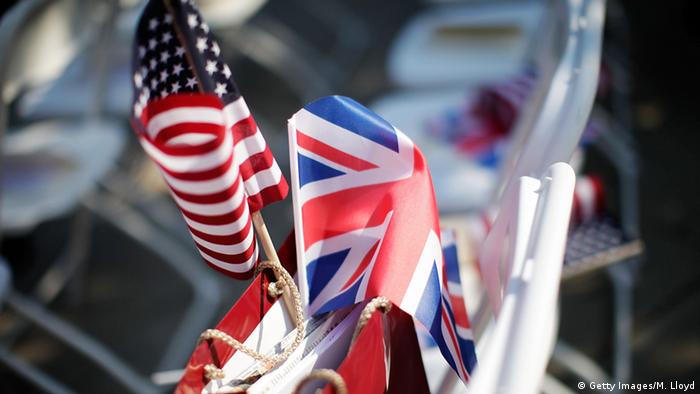 Two new women, including one former contestant on his reality TV show, have said Donald Trump groped them. The accusations come as the Republican nominee's popularity slides in the polls. (14.10.2016)

The British government came under increasing pressure on Monday to cancel US President Donald Trump's future state visit with the Queen following mounting outrage over his travel ban on mainly Muslim countries.

The government has also been facing growing criticism over Prime Minister Theresa May's lackluster responses to Trump's controvercial policies and statements as she seeks to secure a bilateral trade deal as the UK leaves the European Union.

A petition to prevent the visit collected over one million signatures on Monday. According to the BBC, the petition had only 60 signatures as of Saturday, but shot over the 100,000 threshold by the afternoon on Sunday.

Once a petition gathers over 100,000 signatures, lawmakers must consider it for debate.

"Donald Trump should be allowed to enter the UK in his capacity as head of the US Government, but he should not be invited to make an official State Visit because it would cause embarrassment to Her Majesty the Queen," the petition on parliament's website reads.

The petition also cites Trump's "well documented misogyny and vulgarity" as reasons why he should not be invited to the UK for an official state visit.

Although the petition was started before Prime Minister Theresa May extended the invitation for a state visit, the campaign gathered steam after Trump signed an executive order to suspend refugee arrivals for at least 120 days.

The order also bars citizens from Iraq, Iran, Yemen, Libya, Somalia and Sudan from entering the US for 90 days, while Syrian citizens are banned indefinitely.

A Downing Street source told BBC that the petition invitation was a "populist gesture" and that they did not intend to withdraw the state visit invitation.

"We've extended the invitation. It's been accepted," May's office said in a statement.

Lawmakers from both the governing Conservative party and the opposition Labour party criticized the travel ban on majority-Muslim countries, with Labour leader Jeremy Corbyn supporting calls for the petition to be put on hold.

A similar online petition was filed last year, prompting a debate in parliament over whether to ban Trump, who was still a candidate at the time, from visiting the UK.

The UK also secured an exemption for its citizens and dual nationals from Trump's travel ban after it emerged that high-profile British citizens were affected by the border clampdown.

Prime Minister May faced criticism after initially refusing to condemn Trump's travel ban against majority-Muslim countries during a trip to Turkey on Saturday.

May's office later issued a statement saying they do not agree with Trump's approach, but said "immigration policy in the United States is a matter for the government of the United States."