Pumpkins had a bad reputation for many years and were considered poor man's food. But the underdog gourds have made a major comeback. Nowadays, Germans can't get enough of the autumn treasure. 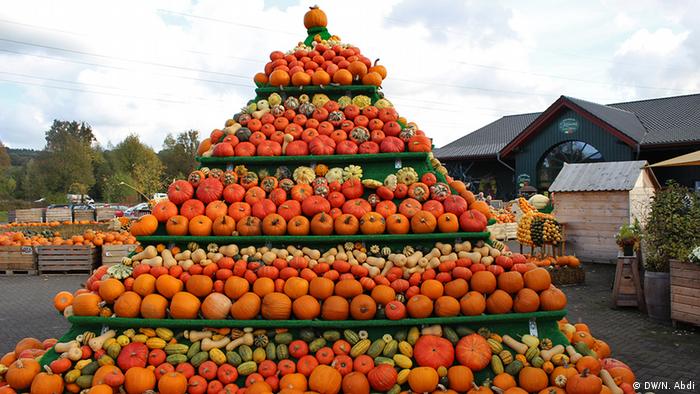 "I thought they were toys at first," says Jounita Hafermalz smiling as she remembers the first time she and her husband drove past humongous, brightly decorated pumpkins at a family-owned farm called Krewelshof. Hafermalz is from Uganda, and her interest in pumpkins grew when she moved to Germany six years ago. She and her husband recently paid their first visit to Krewelshof in Lohmar in central-western Germany.

Germans take a different approach to pumpkins than Ugandans, says Hafermalz. "In Uganda, we don't make soup from pumpkins. We just eat them whole," she explains. She says she was astonished by the sheer size of some of the pumpkins she saw at Krewelshof. 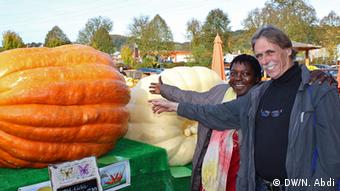 Jounita Hafermalz, with her husband, says pumpkins are used completely differently in Uganda

Over 50 varieties of pumpkins are grown at the farm, which has become a kind of local attraction. All of them are edible - with the exception of a few poisonous varieties that are purely used for decorative purposes. These tend to have little meat inside, so the temptation to eat them is trivial. But - just in case - they are clearly labeled with a big sign.

The pumpkin exhibition is the biggest of its kind in the region. This year it includes nearly life-sized wooden statues in the shape of sharks, goats, cows, horses - and a tractor decorated with different types of colorful pumpkins.

Alongside the exhibition, the farm also hosts a competition for the biggest pumpkin in the region. This year's winner weighed in at 450 kilograms (992 pounds). "We love this fruit because it shows our farmers' harvesting season in the very best way," says Krewelshof owner Daniela Bieger, adding that this year's harvest was particularly good.

Good for body and soul

Historically, pumpkins were a staple for those who couldn't afford meat. Nowadays, however, they've shed their bad rap and Germans have developed an appreciation for the sundry ways the gourd can be used - from soups, purees and casseroles to chutney, pie, bread, and muffins. If you like it sweet, you can even dig your spoon into a jar of pumpkin jam.

Pumpkins themselves are inherently diverse and come with some entertaining labels like Baby Boo, Lady Godiva or Nigerian Say Bo, just to name a few. 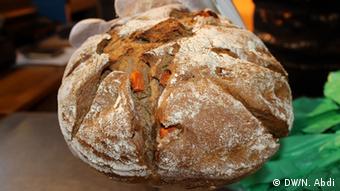 Each has a unique flavor, and some of them even bring an extra health bonus. Pumpkins are a natural no-guilt food to begin with, since they consist of 90 percent water and are rich in minerals, vitamins and fiber and low in calories - even if the cream on the pumpkin pie isn't.

Tina Quambusch, a nutrition scientist, points out that the prominent mineral in pumpkin is potassium with 300 miligrams per 100 grams, which is more than that found in bananas. Too bad pumpkins don't make an equally great to-go snack with their hard, thick shells. But according to Quambusch they also contain magnesium, ferric, copper, and zinc and can be used to treat coughs and sneezes - so, if not for those mid-afternoon hunger pangs, they're worth the extra chopping work at meal time.

Quambusch is a big fan of the orange bulbs herself. "I prefer the classical way of cooking the pumpkin as a soup, especially the Hokkaido, calabaza pumpkins and butternut squash, sometimes with carrots or with coconut milk," she explains. "But I would also suggest you taste chutney and pie."

The two chefs at Krewelshof, Burkhard Ehses and Gerd Klein, go beyond the classics and also prepare pasta with pumpkins, pumpkin lasagna, pumpkin muffins - and even pumpkin prosecco.

At Bergfeld's Naturkost, an organic health store in Bonn, just down the road from Krewelshof, the majority of customers are health conscious, and smaller pumpkins in particular are popular with the regulars. The Hokkaido pumpkin, which originates from Japan, sells so well that the store has to re-order them several times a week. 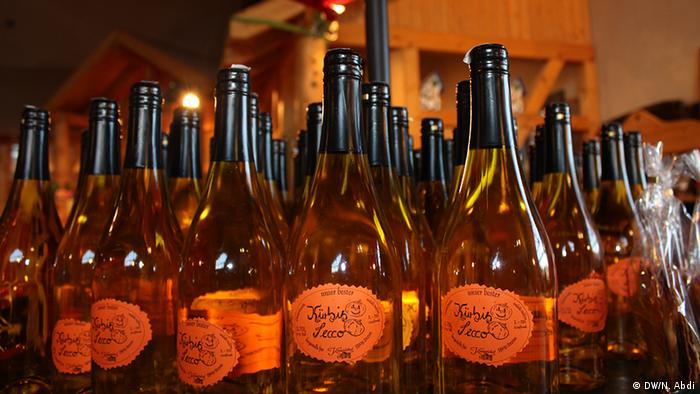 A toast to the gourd!

The gourds aren't just found in the kitchen, but also in living rooms across Germany, since their decorative traits haven't gone overlooked - and extend beyond the front porch, where carved pumpkins are most often found in Halloween-observing countries like the United States.

In Germany, too, the Halloween trend has grown in particular over the last two decades. In 1991, a number of pre-Lenten Carnival parades were canceled to protest the outbreak of the Gulf War, which led to a drop in Carnival costume sales and lost jobs. A few years later, some retailers tried to boost revenue by importing Halloween. According to recent figures, German consumers spend 200 million euros ($270 million) annually on Halloween-related themes, making it the third biggest holiday retail generator after Christmas and Easter. 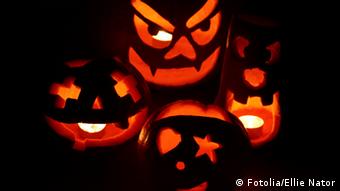 Pumpkins wear many hats, but are also an essential part of Halloween

With Halloween come ghosts and spiders - but also plenty of pumpkins. "I bring my foster children here because we love to carve pumpkins into wonderful Halloween masks," says Claire Schröter, one of the visitors at Krewelshof.

And Schröter's children aren't alone; carving Jack-o'-lanterns is one of the main attractions at the farm.

During Halloween celebrations all over the world, revelers go to great lengths to transform themselves (and, in extreme cases, their houses) into all things spookey, gruesome and evil. But Jounita Hafermalz says that her neighbors in Uganda use pumpkins to protect their homes from very real and dangerously poisonous snakes - not the cheap plastic version from the Halloween aisle in the thrift store.

Apparently pumpkins are good for your health in more ways than one.

Asparagus accounts for the largest area of cultivated land in Germany, but is only available for just over eight weeks each year. Germans can never seem to get enough of the slender, subterranean vegetable. (12.06.2013)

From vegetarian feasts to traditional Asian delights, Berlin’s underground dining scene dishes up the chance to try a wide range of flavors and get a peek at other neighborhoods. (13.09.2013)

Even in a fabulous big city like Berlin, you still need many fabulous ideas to make the city's one big shortcoming - weather - bearable for its citizens. The Festival of Lights is up to the challenge. (18.10.2013)