Archaeologists have discovered a monumental Mayan complex in southern Mexico, using laser scanners. It's hoped the spectacular find will reveal surprising insights into a community that lived there 3,000 years ago. 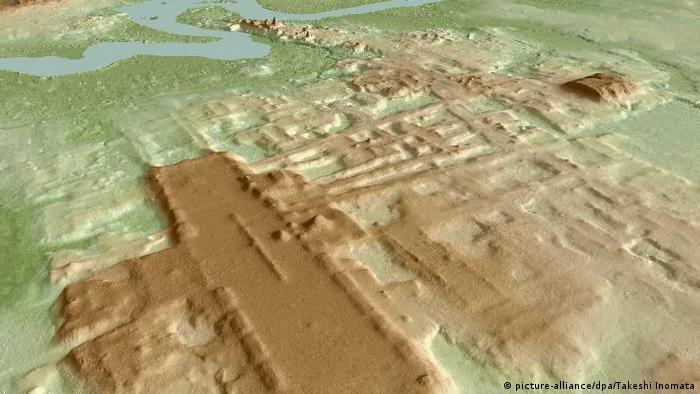 The impressive pyramid-style cities of the ancient Mayan culture, such as at Tikal in Guatemala, can be found described in any travel book.

But the many of the other monumental buildings, houses, roads and paths, water works and drainage systems, and terraces still lay hidden in dense rain forest.

Since 2017, researchers have been flying over a border region between Mexico and Guatemala with laser scanners to systematically investigate any promising ground structures.

The laser scanners use LiDAR Technology (light detection and ranging), and with that the researchers have made a number of spectacular discoveries over the past few years, and won new insights into the lives of the ancient Mayan people.

Now, using that same technology in the Mexican state of Tabasco, archaeologists have found what appears to be the biggest and oldest known Mayan monumental complex.

Writing in the scientific journal Nature, the researchers led by Takeshi Inomata at the University of Arizona, report they have found 21 ceremonial centers — some smaller and some larger — which all appear to be of a similar structure.

The largest complex is at Aguada Fénix, featuring a rectangular plateau 1400 meters long and 400 meters wide. The plateau runs from north to south, dominating the surrounding flatlands from a height of between 10 and 15 meters. 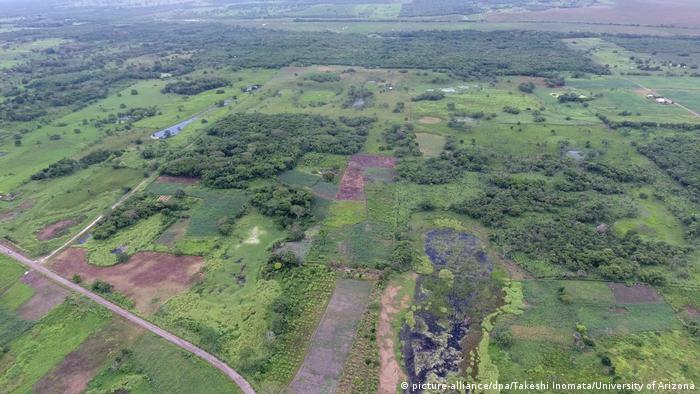 Even from this aerial perspective, Aguada Fénix's plateaus, reservoirs and dams are hard to see

Based on radiocarbon dating, the researchers say the oldest finds at Aguada Fénix could be as old as 3,200 years old.

That would mean building work on the huge plateau began around 1000 B.C.

Inomata says that makes this not only the largest but also the oldest Mayan discovery.

A society free of hierarchy

The find is different from other Mayan structures, such as pyramid-like structures of the classic and late-classic periods.

By contrast, the monumental plateau and causeways at Aguada Fénix would have provided a lot of communal space for the people. The researchers say that suggests the complex was built by, and for, a society largely free of hierarchy.

They also say it is significant that they have so far found no sculptures of individuals, who may have had a higher status than others, at Aguada Fénix. That indicates, write the authors, that in its earliest phases, Mayan culture was a classless society, where working together as a community gave the people meaning.

"During later periods, there were powerful rulers and administrative systems in which the people were ordered to do the work. But this site is much earlier, and we don't see the evidence of the presence of powerful elites. We think that it's more the result of communal work," Inomata told his university's media outlet, UA News.

The first Mayan people are thought to have left the highlands of Guatemala in around 1500 B.C. and moved north to the Yucatan Peninsula. Mayan culture reached its pinnacle between 200 and 800 A.D. and is known to have spread from today's southern Mexico towards Honduras. But the culture collapsed around the 9th and 10th centuries. 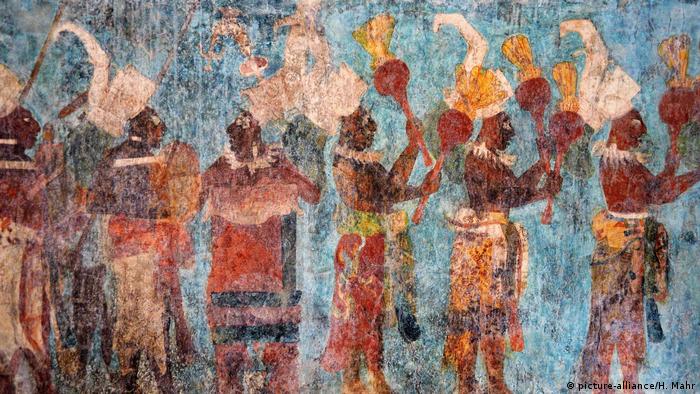 What can we learn from ancient stone structures? A wall painting such as this one at Chiapas may be easier to interpret.

Inomata says the new discovery changes our understanding of the early Mayan culture — and that it also connects the Mayans with an even older civilization, the Olmec. The Olmec civilization is considered the oldest, advanced civilization of Central America.

Until now, archaeologists have tended to think that sedentary life in fixed dwellings came before gatherings for rituals or religious activities, says Patricia McAnany, an anthropologist at the University of North Carolina, commenting on the find in Nature.

"But newer evidence is emerging to suggest it was the other way around," writes McAnany. It would appear now that ritual celebrations, including astronomical observances, came before village-like settlements.

It's still unclear, however, whether this new way of thinking about Mayan culture can really be confirmed by the new finds. A number of questions remain unanswered.

One of the central questions for researchers is why exactly the Mayan people went to such an effort to move between 3.2 and 4.3 million cubic meters of earth 3000 years ago. 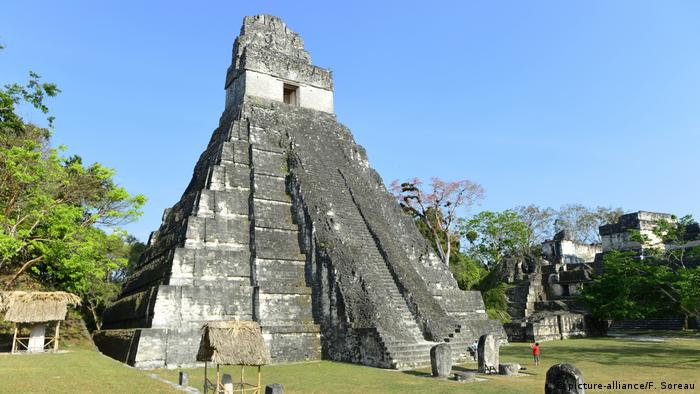 In Tikal, the Mayans built up towards the sky — but there was only room for a few privileged people at the top

And what function did the central platform at Aguada Fénix perform? It's unlikely to have been used as solar observation point — because the notion that they would have observed the sunrise during the summer and winter solstices from the western mounds to the eastern corners of the platform makes little sense. Inomata says the complex is oriented towards the east, but that it is not precisely aligned.

He does say, however, that rituals associated with the sun calendar were probably conducted on the platform.

Another open question is why the complex at Aguada Fénix was deserted after only a few years in around 750 B.C.

The researchers say it is possible that changes in the environmental climate forced the inhabitants to move, allowing the lush local vegetation to grow again and cover all traces of their having ever been there.

The palace is the length of half a football pitch and would have been used by Mayan elites. Archaeologists say the discovery of the palace is "just the beginning" with many more exciting discoveries yet to come. (27.12.2019)

Germany's return of 13 Mayan cultural objects also reflects a recent trend of private collectors returning what is not theirs.