Divers have proven two underwater caverns in Mexico are connected. The discovery makes them the largest flooded cave on the planet. The exploratory mission has also provided insight into Mayan civilization.

German underwater diver Robert Schmittner led a team for nearly 10 months to prove that the two cave systems were, in fact, one.

"This is an effort of more than 20 years, to travel hundreds of kilometers of caves submerged in Quintana Roo mainly, of which I dedicated 14 years to explore this monstrous Sac Actun system. Now everyone's job is to preserve it," said Robert Schmittner, who worked with Gran Acuifero Maya (GAM), a project to study and conserve the subterranean waters of the Yucatan. 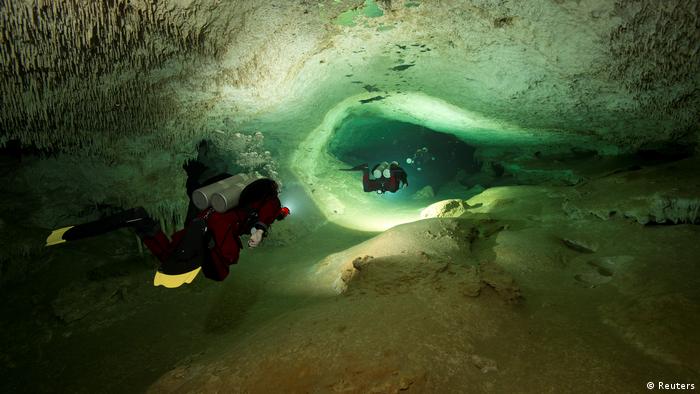 The Yucatan Peninsula is known for its beaches, Mayan ruins and cenotes, or massive sinkholes.

In Quintana Roo state, there are more than 300 cenotes.

Many are connected to a massive freshwater aquifer system that has been shown to connect to the sea.

Now researchers want to determine whether the Sac Actun cave, which due to its larger size replaces the name of the Dos Ojos cave, is connected to three other subterranean water caves in the vicinity. 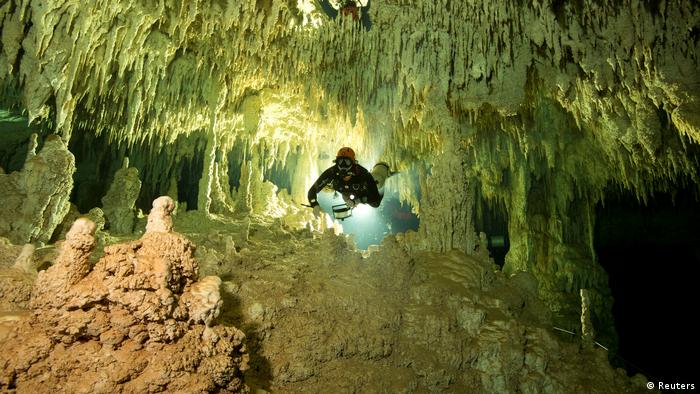 The exploration of cenotes and underground water systems has also contributed to greater understanding of the Maya and the flora and fauna of the region's past and present.

"This huge cave represents the most important submerged archaeological site in the world, as it has more than a hundred archaeological artifacts, including evidence of the first settlers of America, as well as extinct fauna and, of course, the Mayan culture," said Guillermo de Anda, a researcher at the National Institute of Anthropology and History and director of Gran Acuifero Maya. 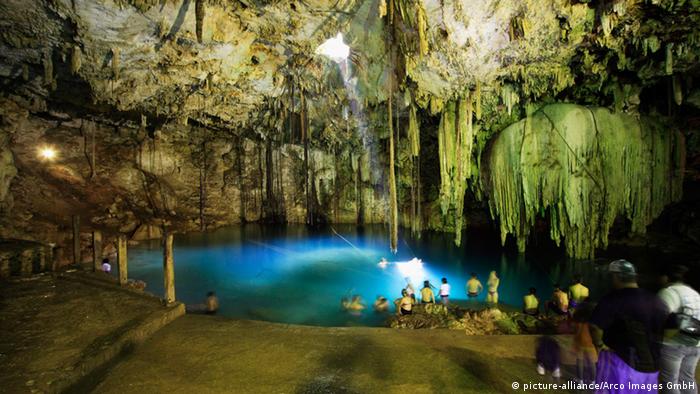 Cenotes are a major tourist draw in the Yucatan.

Caves and Ice Age Art in the Swabian Jura

In the Swabian Jura region in southern Germany, there are six caves in which the oldest figurative artworks made by humans were discovered. This year they could be given UNESCO World Heritage status. (20.06.2017)

Iceland’s Buri lava tube cave, located about an hour's drive from the capital Reykjavik, is one of the most remarkable of its kind. (26.10.2016)

The decline of ancient Maya society has perplexed archaeologists for decades. A stalagmite containing the climate record of the past 2,000 years now points toward changing weather patterns as a culprit. (19.01.2016)