There has been a US military presence on the Japanese island of Okinawa since 1945, and the islanders are tired of it. They want the rest of Japan to share more of the burden, which includes noise, pollution and crime. 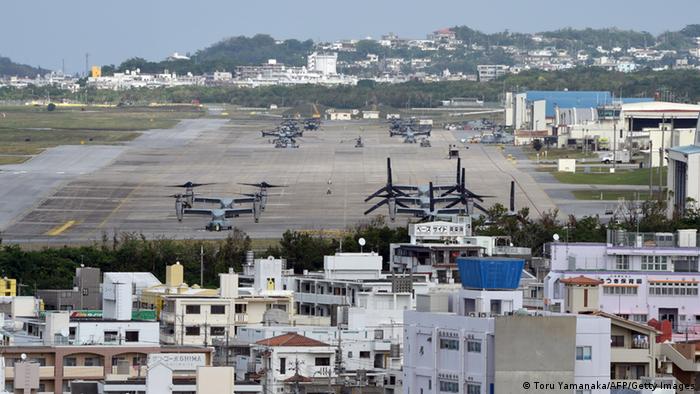 Local authorities on Okinawa filed a lawsuit against the central government on Friday in a bid to stop the relocation of a US air base on the southern Japanese island, deepening their decades-long row over the heavy American troop presence there.

The Okinawa government says the Ministry of Land, Infrastructure, Transport and Tourism illegally suspended the prefectural governor's cancellation of approval for reclamation work needed to relocate US Marine Corps Air Station Futenma to a less-populated part of the island called Henoko.

"We will do whatever it takes to stop the new Henoko base," Okinawa Gov. Takeshi Onaga told a news conference in the prefectural capital of Naha. "Okinawa's argument is legitimate, and I believe that it will be certainly understood." 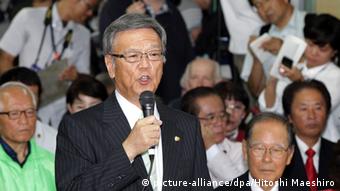 Pacifist sentiments run high on the island that accounts for less than one percent of Japan's total land area but hosts about 75 percent of US military facilities in the country.

The central government filed its lawsuit against Onaga last month after he rejected an order from the Land Ministry to reinstate approval issued by his predecessor for the land reclamation. The ministry went ahead with the reclamation work.

"We'll proceed with the construction to achieve the planned relocation as soon as possible," Defense Minister Gen Nakatani said in Tokyo.

The legal battle is the latest chapter in a long-running dispute between the central government and Okinawa, formerly a tiny kingdom that was annexed by Japan in the 16th century.

Many residents want the US base moved out of Okinawa entirely. They have been long frustrated by heavy US troop presence on the tiny island and have complained about noise, pollution and crime associated with the foreign bases.

Under a Japan-US security treaty, about 50,000 American troops are stationed in Japan, more than half of them on Okinawa.

Onaga said Okinawa's burden is out of proportion, and hoped the legal battle will help raise awareness of the problem.

"Democracy and local self-determination in Japan are in severe condition," Onaga said. "We want the rest of the world to know how the Japan-US security treaty is affecting us." Okinawa was under US occupation for 27 years after Japan's World War II defeat, and today it is the Japanese government that is forcing the unwanted relocation, he said.

Tokyo says the current relocation site is the only possibility.

Onaga was elected last year. His anti-base stance has made residents of Okinawa, an island with a distinct culture, more aware of their identity.