After nine days on the ship, the 180 migrants aboard the Ocean Viking rescue vessel were allowed to step onto Italian soil after the ship declared an emergency over multiple suicide attempts by people on board. 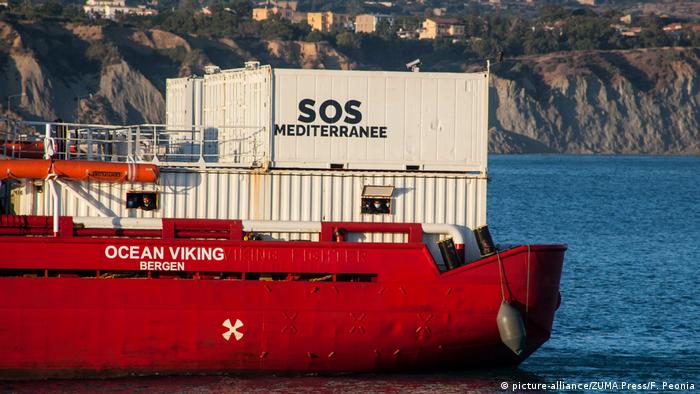 Italy has allowed 180 migrants stuck on the humanitarian rescue ship Ocean Viking to disembark in Sicily late Monday, according to the charity group SOS Mediterranee, which was responsible for chartering the aid vessel.

The migrants were seen getting off the rescue ship at Sicily's Porto Empedocle after being stuck on the ship for nine days as their situation grew increasingly desperate. The ship's docking request had been ignored at seven ports in Italy and Malta, resulting in multiple suicide attempts by those on board, SOS Mediterranee had said in a statement last week.

Ocean Viking had picked up migrants as a part of four different rescue operations as they fled Libya. Those on board were originally from Bangladesh, Pakistan, Eritrea, Nigeria as well as North African countries. There were 25 minors and two women. One of the women is pregnant.

The migrants will be quarantined for two weeks at the Italian ferry Moby Zaza due to the pandemic.

Moby Zaza, which had housed a separate group of 169 migrants during quarantine until earlier in the day, was docked right next to the Ocean Viking when the survivors were allowed to disembark.

After multiple suicide attempts over the past few days, migrants aboard the private rescue ship Ocean Viking will be moved to a quarantine vessel in Sicily. (05.07.2020)

Italy's new Interior Minister Lamorgese is seen as a moderate who may re-open ports to rescue vessels, but PM Conte wants the EU to show more solidarity with Italy in return. Bernd Riegert reports from Brussels. (11.09.2019)