Doctors Without Borders has ended a cooperation saving migrants stranded at sea after its partner suspended rescue missions due to the coronavirus. The NGO has accused the EU of using the outbreak to keep migrants away. 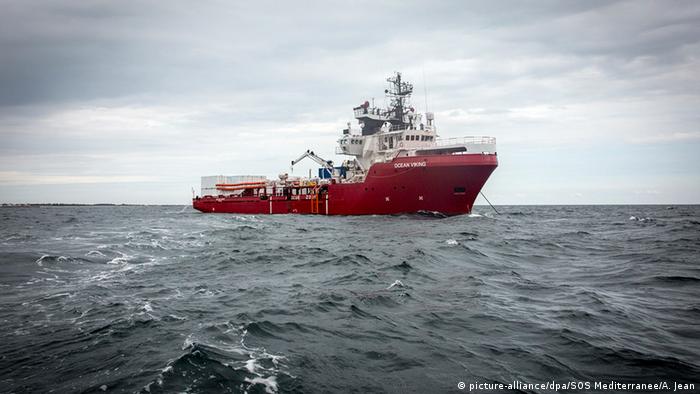 French aid group Doctors Without Borders has ended its migrant rescue operations in the Mediterranean Sea, the French NGO announced Friday, following disagreements with its operations partner SOS Mediterranee on how to proceed amid the coronavirus pandemic.

Doctors Without Borders, which also goes by its French acronym MSF, said it wished to continue rescue operations despite some European governments' refusal to let rescued migrants and asylum-seekers come ashore due to coronavirus fears.

SOS Mediterranee, meanwhile, has said it will temporarily suspend rescue missions "until the circumstances allow us to safely resume our work." The NGO said it respected the decision taken by MSF.

Europe: sea rescue in the Mediterranean

"Although Doctors Without Borders and SOS Mediterranee agree on the importance of our life-saving work at sea, it is SOS Mediterranee's opinion that EU member states must provide greater guarantees in terms of harbor safety before rescues can continue," MSF director of sea rescue operations Annemarie Loof said.

For MSF, however, it is a "humanitarian imperative to act immediately, with or without guarantees," she added.

The two aid groups have cooperated rescuing migrants stranded in the Mediterranean Sea since 2016. They claim to have rescued over 30,000 people. The rescue vessel Ocean Viking will remain docked in Marseille for the time being.

Harsh words for the EU

MSF also accused the European Union of taking advantage of the coronavirus outbreak to keep rescued migrants from coming ashore.

Due to the pandemic, Italy and Malta have chosen to close all of their harbors. The measures include refusing entry to ships rescuing migrants.

"Italy and Malta's decisions to close their harbors and Germany's request that NGOs halt their sea rescue operations are discriminatory and unreasonable," Loof said.

But SOS Mediterranee General Director Sophie Beau told news agency AFP that the current coronavirus outbreak means "the safety conditions for the crews and the individuals rescued can no longer be met."

SOS Mediterranee said it will resume rescue operations "as soon as possible," even without MSF.