The meat industry is being blamed for the worst ever dead zone in the Gulf of Mexico. Why do these oxygen-poor stretches of ocean, which can't support most marine life, continue to expand? Global Ideas takes a look. 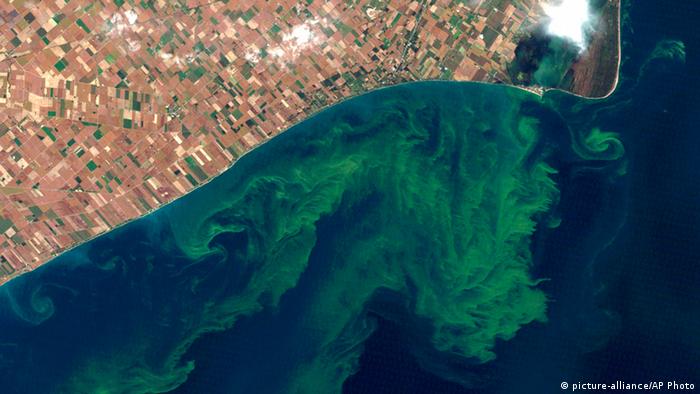 Dead zones - areas of water so starved of oxygen that most marine life cannot survive there - are spreading. At the last count, there were 405 such zones worldwide, covering 245,000 square kilometers (94,600 square miles) - or an area slightly larger than the United Kingdom.

Such low oxygen areas can occur naturally but scientists believe human activities trigger or worsen them. Excess runoff from farms and sewage systems rich in nitrogen and phosphorus can stimulate huge algal blooms. When the algae die, they decompose, sucking up oxygen as they sink to the bottom. 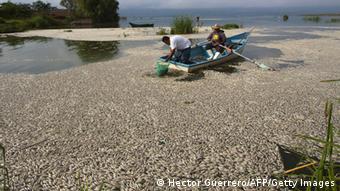 In the case of the Gulf of Mexico dead zone, manure and fertilizer used in the production of huge amounts of corn and soy for animal feed are largely to blame, according to a report by environmental group Mighty Earth. The group named Tyson Foods, America's largest meat company, as one of the biggest culprits.

Increasing water temperatures due to climate change are exacerbating the problem too, say scientists.

This, of course, is all bad news for the fishing industry and it can also affect beachgoers, with some seafronts being closed down due to the pollution and stench.

Expansion of dead zones in our already overburdened oceans isn't inevitable. Scientists say the Gulf of Mexico's annual dead zone could be reduced significantly with a 59-percent drop in the amount of runoff flowing into the Mississippi River, for instance. But this will require swift action from lawmakers and industry.

Oceans cover the majority of the earth's surface and are crucial to our survival. Global warming, overfishing and pollution are all huge threats. But how can we safeguard such a vast and important resource? (06.06.2017)

The future for oceans