A recent report shows rising CO2 levels in the atmosphere are about to make the world's oceans uninhabitable for many sea creatures, threatening entire ocean ecosystems. What can be done? Life on Earth began at sea. Over the billions of years since, the oceans have sustained a myriad of species, from world's biggest mammals to the psychedelic profusion of life that makes up a coral reef.

But since the industrial revolution, the waters that cover more than two-thirds of our planet's surface have become increasingly hostile to their inhabitants.

Overfishing, plastic pollution and warming waters all make it harder for marine life to survive.

But now, perhaps the biggest threat is also one of the most insidious effects of the carbon we pump into the atmosphere – ocean acidification.

Ulf Riebesell at the GEOMAR center for ocean research in Kiel explains that oceans absorb up to quarter of carbon emissions. "The CO2 reacts with the seawater to form carbonic acid. The more CO2 the ocean takes up, the more acidified it gets," he says. 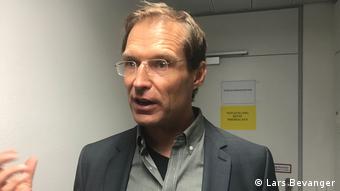 For the last eight years, Riebesell has led the GermanBiological Impacts of Ocean Acidification (BIOACID) research program. Its findings were presented at the 23rd UN climate change talks that took place in Bonn, Germany.

The Fijian presidency at the climate conference was instrumental in launching the Ocean Pathway partnership, intended to increase the profile of ocean issues in climate talks.

Normal levels of CO2 reacting with seawater would present no problem. But atmospheric levels of CO2 have not been normal for some time – and hit a record high in 2016, according to the World Meteorological Organization.

"Acidification continues, but also the ocean loses what we call its buffer capacity," Riebesell says. "The more acidified it gets, the less CO2 it actually takes up."

With the oceans absorbing less CO2, more is left in the atmosphere, accelerating global warming, in a lose-lose situation for both the seas and the atmosphere.

Healthy seawater has an average pH-level of 8.2. Since the industrial revolution it has fallen to 8.1. That might not sound like much, but it represents a full 26-percent drop from pre-industrial levels. 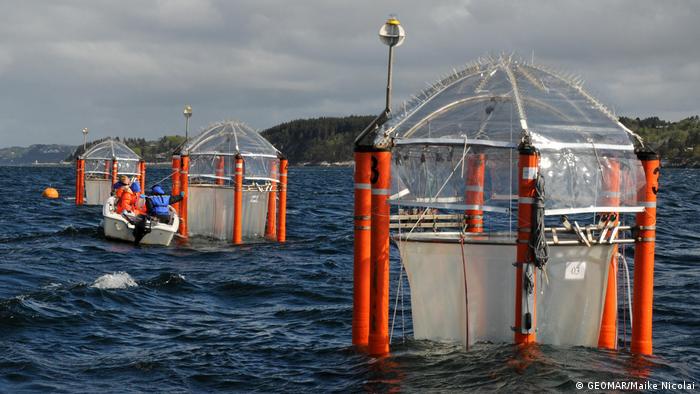 Allanah Paul, one of the GEOMAR researchers, has seen the effects of increased acidification on marine life firsthand, using a floating laboratory off the coast of Norway called a mesocosm.

"We enclose the water, like a plastic bag that's lowered down so we can simulate changes in the seawater chemistry," she explains. 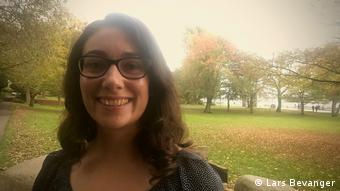 "The whole ecosystem responds to these changes. A good example is calcifying organisms. When you lower the seawater pH, they have to use more energy to build their calcium cabinet shell, because these dissolve in seawater that has a lower pH."

Calcifying organisms include corals, crustaceans, mollusks – including clams, sea snails and mussels – and some types of plankton struggle to build their skeletons in acidic waters.

Threats to these species have a knock-on effect on the creatures that depend on them for food or shelter.

Seafood off the menu

And that includes people. The oyster industry off the coast of the US state of Oregon has already been hit by ocean acidification. And fish could be a risk, too – both from the direct effects of acidification on their development early in life, and from its effect on the species they prey on.

Riebesell and his team tested the impact on juvenile polar cod. "What we've seen is that their survival has decreased by 50 percent if they're exposed to even moderate increased CO2 concentrations," he says. 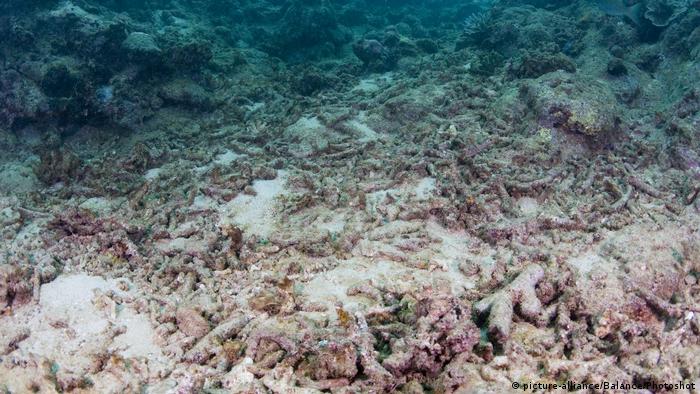 "The future populations of cod might be down to one quarter to one twelfth of their size today – which will have massive impact on cod fisheries."

Because cold waters dissolve more CO2 than warmer seas, life in the polar regions is hit particularly hard by acidification.

"These waters will become corrosive, meaning they will have conditions where calcium carbonate shells and skeletons just start to dissolve," Riebesell explains.

"A lot of organisms will not be able to survive under those conditions in the Arctic and the Antarctic. Biodiversity will drop down strongly in the polar areas."

Some Arctic waters are already corrosive, and Riebesell and his colleagues have calculated that most surface waters in the Antarctic will become corrosive within a few decades, at current rates of CO2 emissions.

No time to adapt

As with the effects of manmade global warming, changes to ocean chemistry are happening faster than other species can keep pace with.

The latest research shows the current rate of acidification is more than 10 times faster than at any time in the past 55 million years. That means many species will have no chance of adapting to their new environment through evolution.

The scientists behind the BIOACID report warn the only way to halt further ocean acidification is a drastic cut in CO2 emissions. Yet even if the world manages to cut emissions in line with the Paris Agreement goal of keeping global warming below 2 degrees, Celsius (3.6 degrees Fahrenheit) it may not be enough to stop further acidification.

The tiny Pacific island nation of Niue has plans to create a huge marine sanctuary to combat overfishing. It's one of several marine protected areas announced over past weeks. (06.10.2017)