Mounting tensions between the United States and Iran are likely to flare even further after US President Barack Obama has signed new sanctions against Iran's financial and oil sectors. 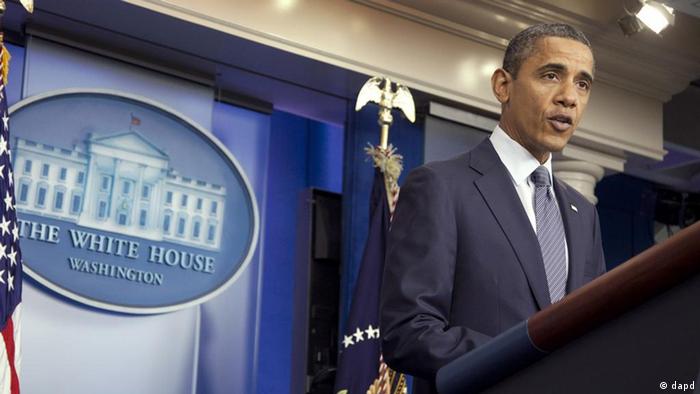 Obama has 180 days to decide how to exercise the sanctions

US President Barack Obama has signed into law tough new sanctions targeting Iran's banking and oil sectors. Effectively, the measures will force companies and financial institutions throughout the world to choose between the United States and Iran as their business partner.

The sanctions, conceived to punish Iran for its nuclear program, are part of a $662 billion (511 billion-euro) defense spending bill Obama signed on Saturday, December 31, during his vacation to Hawaii. 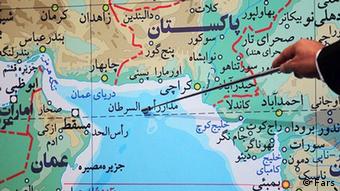 The Obama administration has called the sanctions America's toughest yet against Tehran. Until now, most sanctions have focused on preventing nuclear industry products from entering Iran.

"Our intent is to implement this law in a timed and phased approach so that we avoid repercussions to the oil market and ensure that this damages Iran and not the rest of the world," said an unnamed senior US official quoted by Reuters news agency.

The measures have sparked fears that Washington could damage ties with Iranian trade partners China and Russia, and that global markets could reel if Iran fires back, sending oil prices sky-high.

However, the measures will not go into effect for 180 days, giving Obama's administration nearly half a year to consider how to implement them. The president will also be granted discretion to give temporary waivers from the sanctions if he judges them to be in US national interest. 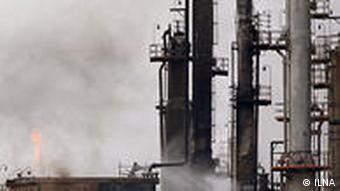 Iran's oil industry is reliant on the country's central bank

Iran announced earlier this week that it would begin testing missiles in the Strait of Hormuz, a move the US warned against. Iran also threatened that, if the US passed new sanctions, it would block the Strait, through which over a third of the world's oil tankers pass.

The US responded to the threats on Friday by announcing a $3.45 billion arms deal with Iran's neighbor across the Strait, the United Arab Emirates, in an effort to build up defenses against Iran. During 2011, the US also sold billions of dollars worth of missiles to neighbors Saudi Arabia and Kuwait.

The Wall Street Journal reported in December that the US and European officials were seeking assurances from other major oil producers including Saudi Arabia, Kuwait and the United Arab Emirates that they would up their imports to the West and Asia if Tehran's energy sector came under tighter sanctions.

Also included in the new law are new provisions for the detainment of terrorism suspects, to which Obama responded with concern.

"The fact that I support this bill as a whole does not mean I agree with everything in it," the president said in a statement, suggesting that limits on the US's ability to transfer suspects from the military prison at Guantanamo to the United States or a foreign country for trial were poorly conceived.

"I want to clarify that my administration will not authorize the indefinite military detention without trial of American citizens."

"The executive branch must have the flexibility to act swiftly in conducting negotiations with foreign countries regarding the circumstances of detainee transfers," he said.

Obama came under political fire in early 2011 for allowing the Guantanamo prison on the island of Cuba to remain open, despite a history of rights violations.

Iran has declared its readiness to resume nuclear talks with world powers. The concession came as a senior navy commander denied state media reports that the Islamic Republic had already test-fired long-range missiles. (31.12.2011)

Iran wants to give a show of strength. After threatening to block oil transports in the Persian Gulf, it has now announced maneuvers involving long-range missiles in the strategically important waterway. (30.12.2011)

The Revolutionary Guards of Iran have rejected a warning from the US not to close the strategic Strait of Hormuz, saying 'our response to threats is threats.' Iran wants the West to drop the option of new sanctions. (29.12.2011)