Iran rejects US warning over Strait of Hormuz | World| Breaking news and perspectives from around the globe | DW | 29.12.2011

The Revolutionary Guards of Iran have rejected a warning from the US not to close the strategic Strait of Hormuz, saying 'our response to threats is threats.' Iran wants the West to drop the option of new sanctions. 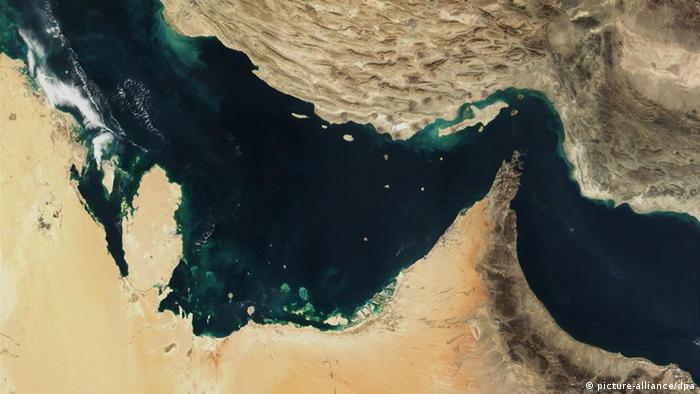 Iran's Revolutionary Guards have rejected a warning from the United States not to close the strategic oil transport route, the Strait of Hormuz, saying it will protect the country's vital interests.

The comments come after the US said it would not tolerate any "interference with the transit of vessels" through the Strait of Hormuz.

But Iran says it will close the Strait if the US and European Union impose fresh sanctions over Tehran's suspected nuclear program.

Deputy President Mohammad Reza Rahimi said earlier this week that "not a drop of oil will pass through the Strait" if the West broadens its current sanctions. 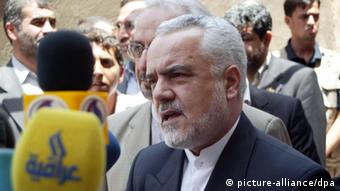 The Organization of Petroleum Exporting Countries (OPEC) says it would make up the shortfall caused by a closure, but western leaders are still anxious because more than a third of the world's ship-borne oil passes through the Strait.

On Wednesday, the European Union had said it was still planning to impose new sanctions on Iran because of its nuclear program - and despite its threat over the Strait.

"The European Union is considering another set of sanctions against Iran and we continue to do that," a spokesman for EU foreign affairs, Michael Mann, told the AFP news agency.

He added that the decision would be taken in time for the next meeting of EU foreign ministers in Brussels on January 30.

It is the second time in three years that Iran has threatened to close the Strait.

In June 2008, the US said it would consider such a move an act of war.

The Strait links the Persian Gulf, with its petroleum exporting states of Bahrain, Kuwait, Qatar, Saudi Arabia and the United Arab Emirates, to the Indian Ocean. 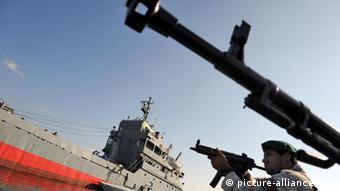 The Iranian military is still holding war games in the region

Responding to this year's threat, France has called on Iranian authorities to respect international law and navigation rights.

France's foreign ministry says the Strait of Hormuz is an international strait and "all ships, no matter what flag they fly" have the right of passage.

The threat to close the Strait almost matches the new sanctions being considered by the EU and US, which would target Iran's oil and financial sectors.

But EU governments are divided over whether to impose an embargo on Iranian crude oil.

In 2010, Iran was the fifth-largest exporter to the EU after Russia, Norway, Libya and Saudi Arabia. Iran relies on oil exports for about 80 percent of its public revenues.

It is hoped the sanctions would increase pressure on Iran to stop its civilian nuclear program, which the West believes is a cover for a weapons program.

EU to pursue Iran sanctions despite threat of strait closure

The European Union says it will go ahead with plans to impose new sanctions on Iran over its nuclear program. This comes as Tehran again threatens to close a waterway through which much of the world's oil passes. (28.12.2011)

Experts suggest US and allies involved in covert operations in Iran

A catalogue of unsolved killings, unexplained explosions and sinister computer viruses are leading many security experts to believe the US and its allies are carrying out covert operations against Iran's nuclear program. (05.12.2011)

The EU has slapped Iran and Syria with a new series of sanctions at a meeting of foreign ministers in Brussels. A potential oil embargo for Iran was discussed, but a decision on the matter was put off. (01.12.2011)