Nuclear power on the rise in Eastern Europe | Europe | News and current affairs from around the continent | DW | 23.10.2013

Nuclear power on the rise in Eastern Europe

Countries in Central and Eastern Europe are turning towards nuclear power for their future energy needs. Hungary is planning to expand its 30-year-old Paks power plant. 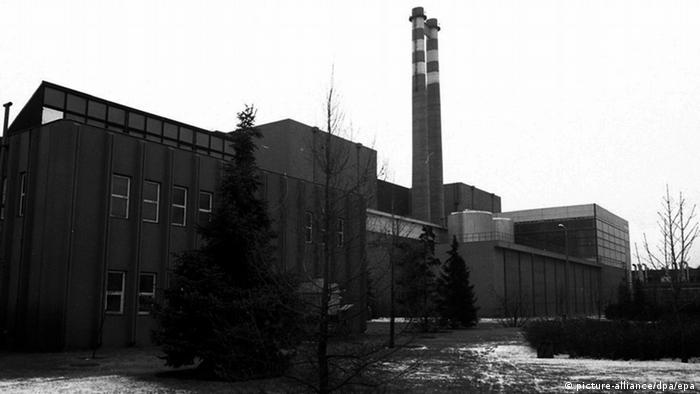 Jozsef Bordacs makes himself comfortable in an armchair, relaxing after a day at work. "The nuclear power plant is the best employer in the region," the 41-year-old says. "And as far as safety goes, it has no harmful effect on the city and the environment." His wife Monika agrees: "Nuclear energy is cheap and harms the environment less than conventional combustion power plants."

Paks is a small town on the River Danube in central Hungary. It has only 20,000 inhabitants, but everyone in Hungary has heard of it. The town's name is synonymous with the country's only nuclear power plant: four Soviet-built pressurized water reactors with 2,000 MW total capacity, taken into service in 1983. Together, they produce more than 40 percent of Hungary's electricity needs. 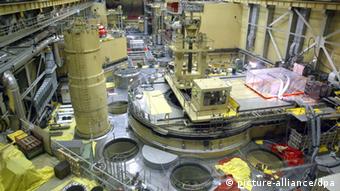 A 2003 leak in Paks was the plant's most serious incident

Jozsef and Monika Bordacs live with their two children in their six-room house on a large plot in a quiet district of town. Jozsef has worked at the plant for 16 years. He is a building services engineer who works as a maintenance inspector. Monika teaches geography and history at a technical college specializing in energy and power plant technology.

Many people in Paks feel the same way as the Bordacs family. About 2,500 inhabitants, about one-third of all workers in the city, are employed at the nuclear power plant and earn on average 1,200 euros a month - about twice the average Hungarian wage. It's no surprise that support for nuclear energy is high.

Indeed, Hungarians throughout the country are still positive about nuclear energy. There has never been a significant anti-nuclear movement. Even politicians, deeply divided about everything else, have reached a broad consensus on energy issues and want to see an expansion of nuclear power. Hungary wants to modernize the four units in Paks to extend their lifespan - and probably build two new ones beside them. 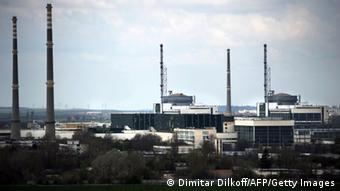 Hungary is part of a trend in the region. From the Baltics to Bulgaria, almost all countries are planning a nuclear future. Lithuania and Poland are considering building new plants in spite of significant popular opposition to nuclear power. In the Czech Republic, Slovakia, Romania and Bulgaria, there are concrete plans for new reactors, supported by the majority.

Early last week (14.10.2013), the prime ministers of the Visegrad countries- Poland, the Czech Republic, Slovakia and Hungary - confirmed their pro-nuclear stance and called on the European Union not to enact a nuclear energy directive. They said that the choice of primary energy sources a country uses should not be decided in Brussels.

Despite the public support for nuclear power, the plans are not without problems. Nuclear plants in the Czech Republic, Slovakia, Romania and Bulgaria have had repeated safety problems in the past. After Lithuania's Ignalina plant was shut down in 2009, Bulgaria's Kozloduy plant has been considered the most dangerous in the region. Even in Paks, considered safe, there was a serious incident in 2003. In addition, in almost all countries of the region, there's no solution to the problem of the long-term storage of atomic waste. 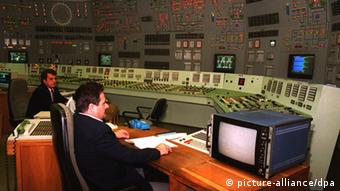 Nearly half Hungary's electricity comes from the Paks plant

But it's not just safety which is worrying critics. "We are in favor of the sustainability of the Hungarian energy system and want informed people to discuss and decide in a European manner," says Ada Amon, the chairman of the Budapest Energy Club. "Unfortunately, the political will to take new energy technologies seriously is lacking. "

Hungarian government spokesman Ferenc Kumin rejects the accusation: "Of course, renewable energies will be expanded according to our EU 2020 commitments, by which time they should have a share of 20 percent."

At least in Paks itself, renewable energy is unlikely to play a significant role in the foreseeable future. Most residents have almost total confidence in nuclear technology, as do the students at the college.

One student, 21-year-old Peter Racz, born and raised in the city and whose grandmother and parents worked at the nuclear plant, would like to continue the tradition. He has just completed a welding course, and next year he wants to study engineering. He hopes this will help him get a skilled job at the plant.

Racz cannot understand why the majority of Germans do not like nuclear energy. "This technology will always be used, it is safe and provides many jobs," he says. "Do the Germans have any other ideas about how to secure their energy supply? I think there is no better solution than nuclear power."

'New generation': The UK bets on a nuclear future

It's been hailed as a 'big day' for Britain. The first new nuclear power station to be built in Europe since the Fukushima disaster, but as the UK embraces its nuclear future, is the rest of Europe happy to follow suit? (21.10.2013)

Despite past disasters leading to rejection of nuclear power in many countries, Slovakia is investing billions in new reactors. While its neighbors are nervous, Slovaks are barely raising a murmur of protest. (25.04.2013)

The nuclear crisis in Japan has restarted debate in Germany about the risks of nuclear energy. But in Eastern Europe, politicians are saying reactors are safe, and few citizens are arguing. (31.03.2011)